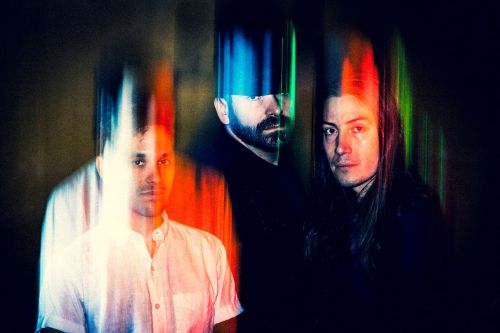 Post-industrial band Prettiest Eyes have opened up on Vol. 3, their new album that came out on June 24th via Castle Face. They’re going wide this fall on a tour with Thee Oh Sees. Yes, the visual references of both act’s names is a funny coincidence.

Prettiest Eyes’ members Pachy and Marcos are originally from San Juan, Puerto Rico, and Paco is from Juarez, Mexico. They’re all veteran musicians from various bands including Tach.dé and International Dub Ambassadors (both Pachy and Marcos) and Corima (Paco).

Before they kick off their fall tour, Prettiest Eyes is unveiling a new video for “Mr. President”, and Rebel Noise is psyched to host its premiere right here. They had previously dropped the paranoid track “Nekrodisco” with a dystopian video to match.

The socio-politically relevant “Mr. President” doesn’t stray far from the template mentioned above, doubling down on dark, paranoid vibes and a Thought Control mindset.

Taking cues from the classic sci-fi film They Live, writ-in-bold messages, like DO NOT QUESTION AUTHORITY, WAR IS PEACE, and OBEY, are printed out on turning pages. ‘Human’ faces vividly flash by, but are shown as bone and muscle, with no skin holding them in. What appears to be Donald Trump is depicted as a puppet on strings. Real humans are beaten by these synthetic creatures dressed as law enforcement officers.

The phrases (and visuals) go pretty deep down the spiral (DON’T THINK, FOLLOW THE LEADER), sharply focusing on the idea of sheep (i.e., the public – AKA, us!) being herded by a select few in power (whether they are outer space aliens like in They Live, or more realistically, the current U.S. Fake President and his administration).

The wailing-siren and juddering sonics of the electronic/psych-punk song “Mr. President”, and the bold images of the video, are jarring - and for good reason. They’re a wake-up call to us all to shake off our complacency and spring into action – to break free from NO INDEPENDENT THOUGHT and conformity under the thumb of a corrupt and destructive regime that is occupying the White House right now. 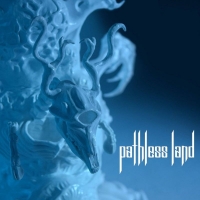 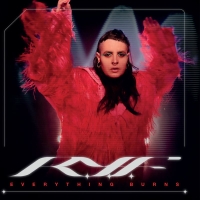