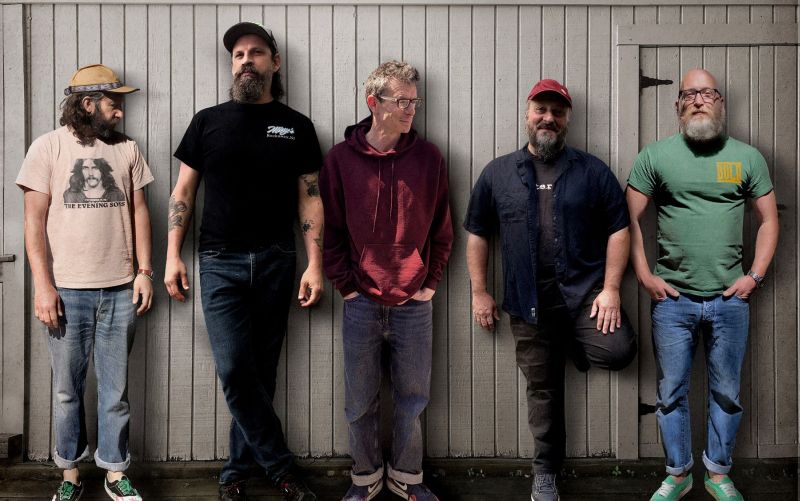 The Atlantic Union Project may be newer to the music scene, but the melodic hardcore/post-punk outfit’s members are all seasoned musicians who’ve been playing in various hardcore bands for over 25 years.

The aptly named group is formed by a core of veteran musicians in the UK who are collaborating with Craig Cirinelli (vocals) who lives in Boonton, NJ.

Cirinelli’s lineage in other acts is long (Elemae, World Concave, Damn This Desert Air, Hidden Cabins). Not to be outdone, the UK contingent is equally impressive: David Gamage (guitar) not only played in Rydell, Couch Potatoes, Joeyfat and Come The Spring, but is also the head of Engineer Records.

Simon Goodrick (guitar) and Jamie Donbroski (drums) were also in Come The Spring, as well as straight edge band Strength Alone. Mark Wilkinson (bass) was in Come The Spring and Rydell, and before that, Rudedog and the BBMF’s.

All that accumulated knowledge and skill bursts out on The Atlantic Union Project’s debut single “The Actuary,” an anthemic and socio-politically relevant track from their upcoming 3,482 Miles EP.

The EP’s title has a special meaning, referring to the distance between Cirinelli in Boonton, NJ, and where the rest of TAUP’s members live in Brighton, England.

Written and recorded during the pandemic, with audio files between sent across the Atlantic, the resulting EP is a love letter to the hardcore music scene. Inspirations include all the greats that are too numerous to name save for a few that range from Minor Threat, Dag Nasty, and Descendents to Hot Water Music, Braid, and Promise Ring.

Rebel Noise is super-stoked to host the music video for the dynamic and tuneful single “The Actuary.”

This vibrantly enthusiastic track is being self-released because TAUP wanted to get it out there, but they’re in the process of securing a record label deal to distribute the whole EP.

“The Actuary” is a pumped-up number that charges full-steam ahead with gritty guitar jags, a running bass line, and hard-smacked drum beat. The jagged guitars whirl around Cirinelli’s emphatically shouted out vocals as he decries the economic disparity and other ills that plague our society.

The statement music video mirrors the powerful lyrics with equally potent visuals that include footage of a black man holding up an ‘Equal Rights’ sign, homeless individuals, fiery protest in the streets, police in riot gear, overflowing landfills, and people in hospitals.

Midway through the song there’s a calmer break, a chance to catch the breath, and that’s reflected in the music video with visuals of swaying trees in a forest – the contrast of the untouched natural world versus the constructed-by-humans cities that are contaminated by greed and inequity.

Also, check out the rad teaser trailer for 3,482 Miles EP: