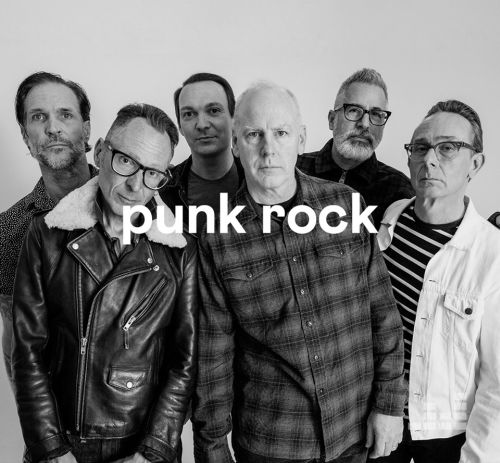 The latest official music news from the rock, punk, hardcore, and/or metal (and more) realms.

Official info: “The record is the storied band’s 17th studio album and offers a fiery and intensely relevant musical response to the times, with songs that address a myriad of socio-political maladies, including conspiracy theories, racist rallies, Trump’s election, the erosion of the middle class, alternative facts and more.”

Bad Religion has expanded their Fall Tour. Details at: https://badreligion.com/tour

Official info: “The DKs embodied the spirit of punk from the get-go. Their very name was a shocking reminder of the collapse of the American Dream. Then again, the name would be nothing if the Dead Kennedys didn't have the goods to back it up.”

“DK40… offers the aural evidence that the Dead Kennedys were one of the most potent punk bands -- period.  It features the band serving up amped-up live versions of all their classic tracks, free from the constraints of the recording studio.”

Official info: “This is the first official vinyl pressing in over 20 years, presented by Wax Audio Group and Think Indie via Universal Music Group Special Markets. Cut for vinyl by Kevin Gray at Cohearent Mastering, Print and Packaging from Pirates Press.”

Official info: [The LP was] “originally released in 2005 via SideOne Dummy Records, Go Betty Go have established themselves as one of punk rock's most exciting forces to come out of LA…. A gloriously rough and tumble sound with melodic aggression. They bring a rich and engaging energy, loaded with lush atmosphere and, at times, an underlying sense of the foreboding.”

Official info:  “Happy Now is the perfect synthesis between a modern take on the classic GO4 sound — a pop touch with those timeless angular guitar lines and fractured rhythms — with a fast forward vision. It’s this combination of electronics and the jagged guitar lines pursuing 21st century grooves that achieves a striking balance between the band’s fundamental sound and its restless embrace of the now and the new.”

Official info: “The band were announced as the latest signing to Balley Records (IDLES, Heavy Lungs, Lice) in January and the first single "Chain Of Being" made Lamacq's Livener on 6 Music and saw the band featured as Jack Saunder's Next Wave on his Radio 1 show. The album received almost universally positive reviews on its release…, and is already onto its second pressing of vinyl on Balley Records.”

Polish melodic death metal outfit Vane have unleashed the single “The Rital” and its accompanying video in May.

Official info: “With “The Ritual” the band delivers an undeniably brutal track with musical nods to Decapitated, Lamb of God, and In Flames alongside powerful vocals and thematic content that mixes the best of melodic death metal... with pirates!” The band’s most recent album, Black Vengeance, came out in 2018.