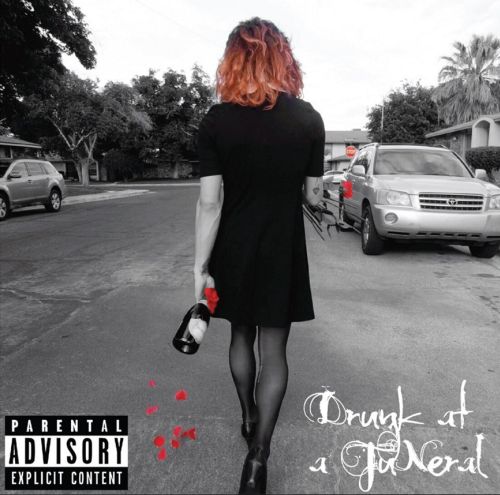 Dre DiMura - "Drunk at a Funeral"

The multi-talented creative releases a video for a track that harks back to Noughties pop-punk.

Touring guitarist, solo music artist, actor – Dre DiMura is a person of many talents, and all of them expressed in bold and potent form. Both ear- and eye-catching, DiMura is currently on tour with Diamante (opening for Breaking Benjamin, Three Days Grace, Chevelle, and Underoath).

DiMura unsteadily sways to and fro from his alcohol intake, with nowhere to go after someone he loves dies intentionally in a car crash. News of the death pushes him to the edge, so he gets high to try to touch the unreachable sky…

The narrative track was produced by multi-platinum Finnish producer Jukka Backlund and showcases DiMura’s cheeky lyrical and sonic esprit as he alternates between seriously driving and serrated pop-punk and breaks of symphonic pop flourishes, lo-fi bedroom synth-pop beats, and sweet bird twitter (well, okay, in the video at least).

It’s a fine line between relatable drama and melodramatics, but even when DiMura goes into the redline, it’s always an entertaining ride.