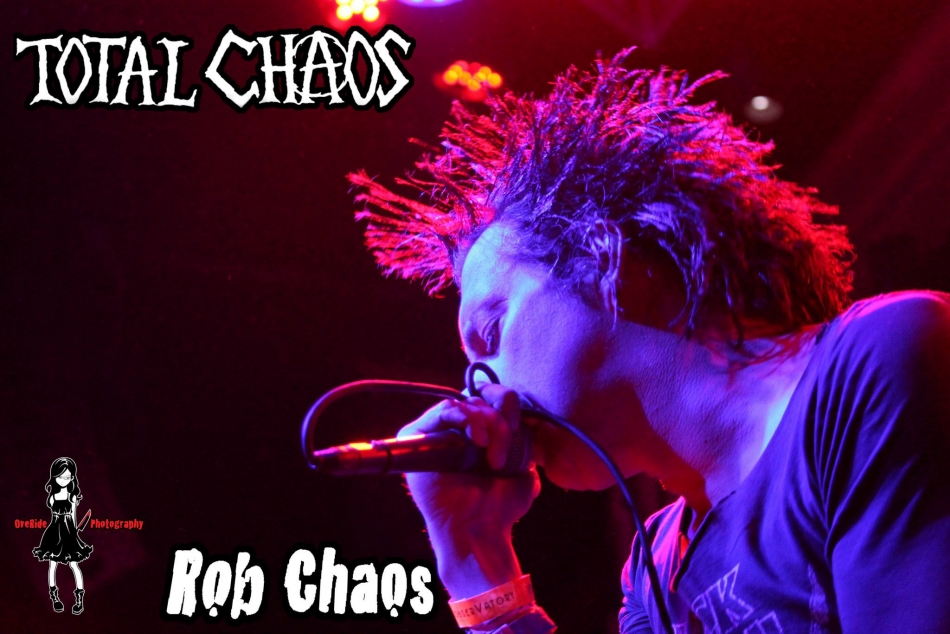 Total Chaos recently released “Battered and Smashed”, their newest full length recording on Stomp Records. We caught up with Rob Chaos for a quick chat about the band and record.

After being a band for so many years, how do you compare this release (Battered and Smashed) with the others?

Rob chaos: It's more old school punk rock n roll then most of our records besides "Anthems From the Alleway"(1996). Its been years since we wrote a record like this, but we really love it!

Tell us about the process of recording the album. Do you have a set schedule as to how your records come about, or have they all done so organically?

Rob chaos: No set schedules, we just write songs as we feel at the time then we come together and record them and decide if we like it or not after.

Who writes the songs? Does the entire band have a hand or is there one main songwriter?

Rob chaos: Me and Shawn Smash write most of the songs, sometimes Gearbox but he hasn't wrote a song since 2004 on "Freedom Kills", that was 3 records ago!!!

Can you tell us the significance of the title “Battered and Smashed” and what listeners can expect from this release?

Do you feel as if MP3’s and digital downloads have lessened the release process or made it stronger?

Rob chaos: Its fucked up the record biz completely, but its helped kids with little or no money get the music!

So many other bands have come and gone over the last 20 years, what has kept Total Chaos together and alive?

Rob chaos: To many to count! And for what kept us alive is our band is just friends and we like to have fun and punk is fun!!!

If you could give one piece of advice to a beginning band that you feel is most important, what would it be?

Rob chaos: Don't expect to make money! Do it because you love it and if you do make money later on, cool! But don't do it for that ever..!!

Are there any current bands or releases you are really into?  Any recommendations for the readers?

Rob chaos: Krumbums are great and so is SS-Kaliert, besides that there new bands coming out every year its hard to focus on all of them!

Does the band plan to tour anytime soon? What next is in the works?

Rob chaos: Yes we have a big tour in Europe in May/June and some dates in Asia in Aug, as for the USA were working on a plan but not sure yet.