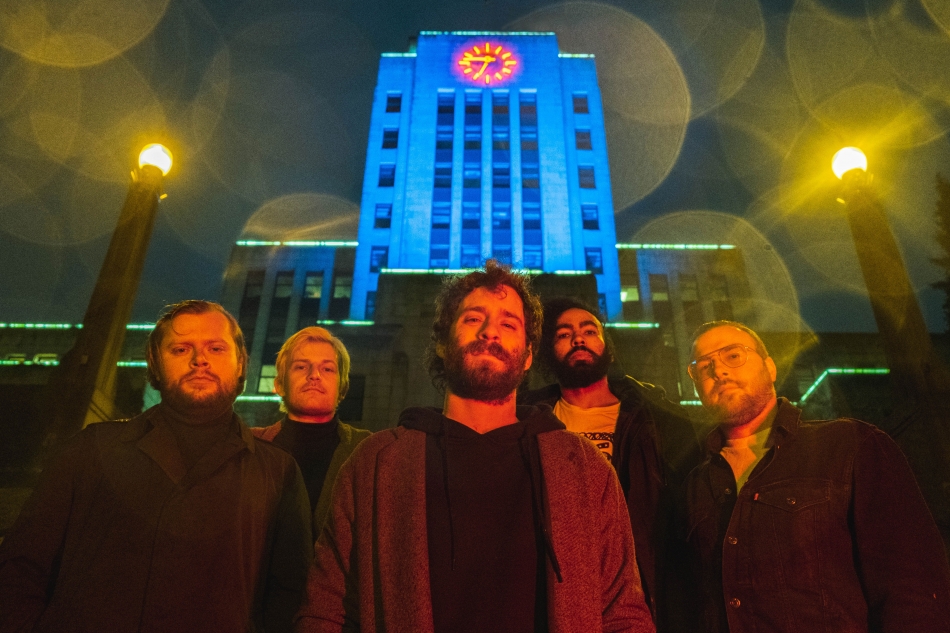 Last week, BRASS released a new EP, Look on the Bright Side. The sound reflects the band’s influences—The Bronx, Alexisonfire, At the Drive-In, IDLES, and Refused. Sounds range from hard-charging hardcore to moody and dynamic post-hardcore. This week, guitar player Tristan Milne took a moment to talk with Rebel Noise.

Rebel Noise: I just heard the new album. The song “Milestone” sticks out for me. I liked the sense of tension, the dynamics, and, of course, the breakdown after the two-minute mark. The song lyrics include the line, “The ground moves right out from under me now / Does anybody else in here feel that?” I like this lyric and the phrasing. Was there a time in your life when an event suddenly seemed to change everything?

Tristan Milne: No. When we look back at the dynamic changes in our lives, the thread of what stayed the same is what becomes important. The milestone markers happen, but the crucial aspect is staying on the road.

RN: What non-musical works or forms of art and media influence you and the band’s music?

TM: Painting and photography seem to be the two that we refer to the most when constructing songs. The combination of the immediacy of the recording process, which is like a snapshot of time, while creating on a canvas that has no ties to the physical reality of life is part of what makes music so fun.

TM: While the band formed in East Van, we all came from different parts of Western Canada. East Van is great because it's been a melting pot that for decades has housed a lot of creatives and progressives. Canada still has its share of backward idiots, so the U.S. scenario isn't surprising to us. Devon has lines in that song about the States, but you can call someone out without denying your own faults, which I think he does effectively.

RN: What makes you feel good?

The EP, Look on the Bright Side, was released October 21st by Early Onset Records. The band lineup changed a little going into these recordings. Previous albums by BRASS are No Soap Radio (2015) and For Everyone (2018).