The Art of Dreams: An Interview with Zelma Stone 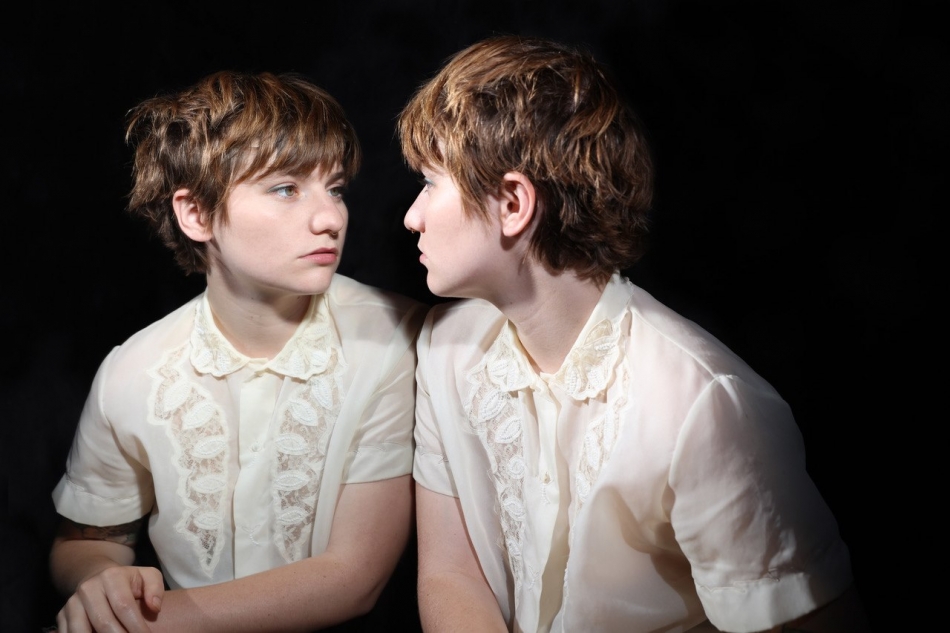 Contemplating the death of her older brother, mother, grandfather and high school friend Jenny, Chloe Studebaker uses the healing powers of music to express and process her grief. Utilizing the moniker Zelma Stone, Chloe dedicates and celebrates the loss of her loved ones with her upcoming EP, Dreamland. A near palpable and heartbreakingly beautiful collection of five tracks signifying the importance of embracing the array of bubbling emotions that are inherently entangled with mourning, the Bay area native crafts her own bedroom-pop melodies and lyrics with the help of her close friends and musicians, including her partner Craig (member of Baybs) who plays drums in her project. Chloe comments on the myriad of genres that highlight her music community and its intrinsic massive support to help each other succeed. Although playing as a complete band emphasizes the vibrancy of Zelma Stone’s sound, Chloe oftentimes plays solo or with her pedal steel player for special, intimate sets around town.

Losing her close friend to Oakland’s Ghostship Fire at the end of 2016 came at a chance encounter, considering it was a last minute choice that Jenny decided to go with her roommate for their first time to visit the warehouse. Chloe laments on the sudden and devastating loss and the myriad of musicians that are no longer with us today, permeating not only the local music scene but other music communities across the nation. “It was definitely heartbreaking. There were so many amazing artists that I’ve learned about that died in that fire […] It was right when I started Zelma Stone, I had my first show that night. It’s hard for me to think about playing a warehouse show, it feels kinda triggering. But at the same time, for a lot of artists that’s where you start, playing in these DIY places.” Remarking how Jenny helped her through periods of grief with the passing of her mom and brother, the two also grew up creating music together and was her right-hand person in expressing her artistic tendencies. “I remember asking her, ‘if you could do anything and money wasn’t an issue and pressure from society wasn’t an issue, what would you do?”, Chloe recalls, “and she said, ‘I would definitely be a touring musician.’ That’s really stuck with me. I just feel so special that I’ve had the support from my family and friends and I’ve been able to do that.”

Garnering inspiration for Dreamland from the space surrounding her drifting subconscious mind, Chloe’s nights are filled with vivid, and frequently stressful, fantasies that often recall her loved ones, including her brother who passed away when he was 19 and she was 14. Their age difference left few opportunities to hang out as she imagines they would if they were older, yet his ability to perform music left her inspired to take guitar lessons from him and start her own project. “I have a [recurring] dream that we’ll be at a farmer’s market and walking, and he hops into my arms and I’m carrying him down this farmer’s market which is super weird,” she laughs, “but really nice and heartwarming.” Finding comfort in watching past Super 8 footage from her childhood, she incorporates the film into her music video for her self-titled track “Dreamland”, also wearing a mood ring that was passed down to her from her mother. “On each side is a different mood — one side is Queen, one side is Diva, the other is Goddess and Bitch. I remember it would always be on Bitch when [my mom] was being extra bossy”, she laughs. Carrying memories of her past emphasizes her belief that her loved ones are continuously connected and following her on her journey through music, keeping the ephemeral still living in spirit.

During our current pandemic’s shelter-in-place orders, Chloe has been staying busy with the release of her music video for “We’re All Gonna Die” as well as live-streaming her music to a virtual audience. In collaboration with her roommate, the duo drew up a shot list with the limited amount of equipment they had and sent off the final video to friends who were able to edit and color it for the finished product. “I always thought I really needed these professionals to come here and do this, that maybe I’m not able to do it on my own and don’t have the background to direct a music video, but it was actually really exciting and rewarding to do it on my own”, she states. In terms of playing live to a camera, Chloe recalls the unconventionality of paving new ways to get music out to listeners. “The first one I did I thought, ‘wow, this is so odd!”, she laughs. “I found that I got way more nervous than I would get going on stage, which was more odd. I think it’s just this foreign feeling of not knowing how it felt until I did it and not knowing who’s watching […] Knowing that the actual connection of being there [in person] is really special, and you don’t realize how special it is until you don’t have it.” Not one to succumb to the fear of the unknown, Chloe highlights how manifesting what you wish to be and see in the world is an important mindset to maintain during these times, as well as the therapeutic powers music can bring to our communities. With all of life’s bittersweet experiences that Chloe has immersed herself in, her EP is a staggeringly beautiful and insightful reminder for us all to shine a lens within ourselves and slow down, welcoming us all to wake up each day and live life to its fullest, for no one knows what tomorrow will bring.

You can pre-order and purchase Dreamland via Bandcamp here.