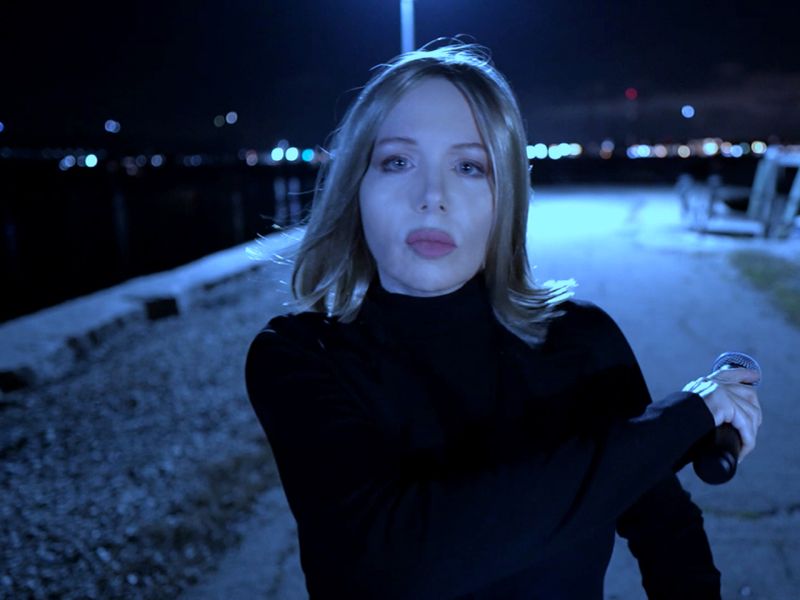 Rock/pop/electro musician Jenn Vix digs into details about the importance of mental health, among other issues.

Veteran alternative music artist Jenn Vix has been making a name for herself with her compelling and diverse musical repertoire, and her equally notable and wide-ranging collaborations with a host of other renowned musicians over the years.

Vix started out in Providence, Rhode Island, but went to NYC in her teens, meeting Iggy Pop and being part of the ‘80s band Disco Donut (with Adam Horovitz of Beastie Boys fame, and Nicole Willis).

A decade later the multi-instrumentalist was known on the national stage, getting reviewed favorably in Rolling Stone. She’s put out her own solo material and also worked with others who include members from or are associated with The Cure, Psychedelic Furs, The Veldt, and The Dead Milkmen.

Ever shape-shifting with her music and projects, Vix most recently has been working solo, and also as part of the Boston-based post-punk/electro-rock duo Feeney Vix.

Vix recently released the relevant single “PTSD” and is a champion for mental health issues. She has kindly taken part in this ongoing Protest Interview series and speaks to her own mental health issues, as well as other problems that concern her in today’s ever-chaotic world.

Hello! Please introduce yourself and give description of your sound/musical vision.

It's about my own experience with the diagnosis, and it's also for all of the survivors of trauma. It's deeply personal, and yet I want this track to be heard by those who might benefit from knowing they are not alone in this mental hellscape. It's for all of us, and I have a donation link to NAMI; The National Alliance on Mental Illness, below the official music video on my YouTube channel.

10. Treat drug addiction as a medical issue and not a criminal offense.

11. Anti mind-control, brainwashing by the media.

16. The humane treatment of animals.

19. The cost of health insurance.

I have one that has yet to be released. It's about the [current] pandemic, and the madness of the previous admin; how not enough was done at the start.

Also, here is a track, “Rover,” which will give you an idea of where I stand on propaganda and brainwashing. I'm a fan of the classic series, The Prisoner, and I wrote this based on that. It is a message about individuality, human rights, and forced conformity.

Killing Joke – “Unspeakable.” It speaks for itself; sans the title of the track.

I wouldn't exactly call it a protest; not anti-protest obviously, but I'm trying very hard to raise money for mental health awareness and treatment.

It is extremely important to me.

I am for everyone voting the assholes out, and also boycotting companies and organisations that contribute money to our destruction.

The Genealogy of Jethro Tull: An Interview with Ian Anderson