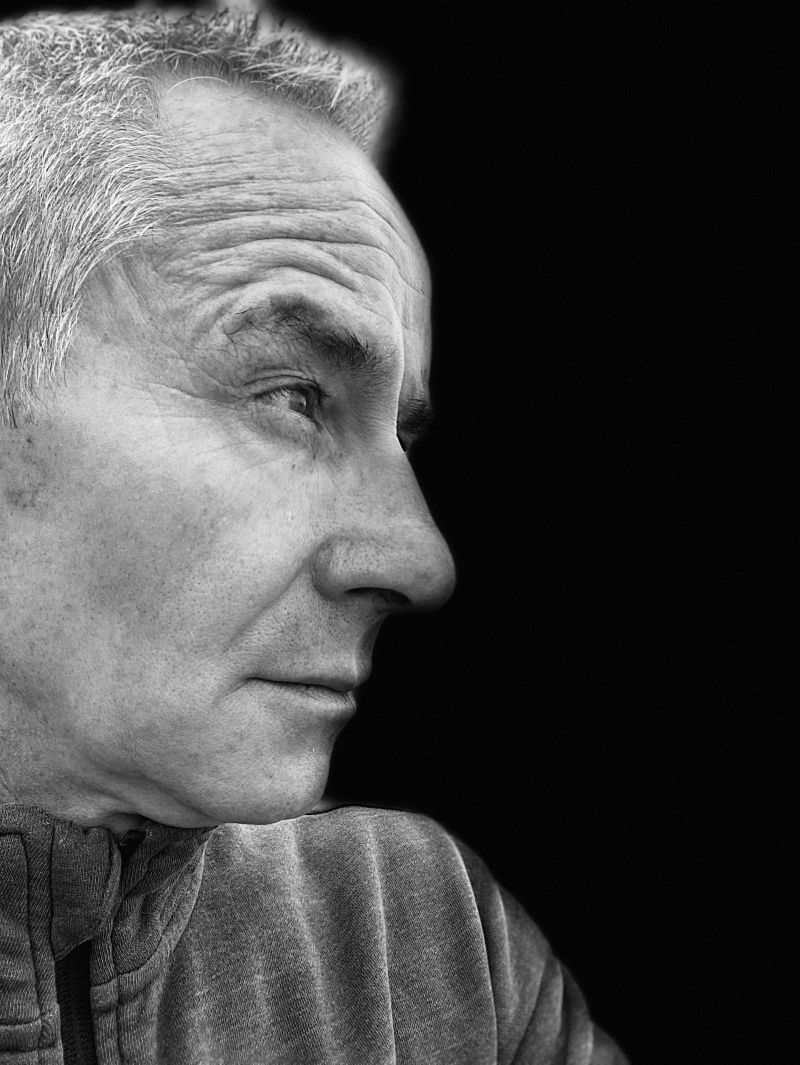 Hailing from the UK, seasoned musician Alan Brown continues to step it up on the socio-political front, recently releasing his lyrically pointed and tuneful album Revolt Against An Age Of Plenty via A Turntable Friend, his return to the music field after a nine-year break.

Brown was a member of the Manchester-based agit-post-punk outfit BiG*fLAME in the 1980s, as well as Inca Babies, and A Witness. He hasn’t missed a beat over the decades, releasing acerbic and succinct social commentary on our conflicted culture that that celebrates both the self and herd mentality.

As The Great Leap Forward, mulit-instrumentalist, songwriter, and lyricist Brown couches his sharp observations in melodic indie rock and pop styles that soothe the sting of some of his more potent lyrics.

Brown kindly took part on our ongoing Protest Interview series, giving his view of what’s going on in the world.

Hello – I am Alan Brown, and my band is The Great Leap Forward. This ‘band’ is my long-term solo project in which I play or program all instruments and sing all vocals.

I am UK-based and have been intermittently releasing music by The Great Leap Forward since 1987, and my latest album Revolt Against An Age Of Plenty was released last month.

The style is incisive political and social commentary layered over sharp, yet melodic guitar pop –plus a touch of electro and humor thrown in for good measure.

Current Top 3 (amongst a rather large list I’m afraid) are:

1. Increased laissez-faire intolerance and respect within society. A lack of patience and consideration for others in a dog-eat-dog world. The embedding of such negative values and beliefs by the dominance of an economic system in which greed at the expense of others is encouraged.

2. The UK sliding into fascism through the actions of the Conservative Party in power since 2010: unnecessary austerity cuts and benefit cuts; suppression of the courts and judiciary; suppression of freedom of speech through, for example, 10-year prison sentences for demonstrators and up to 14-year prison sentences for journalists (artists/musicians next?) who ‘embarrass the government’; facilitating the growth of religious fundamentalist schools and restricting political debate in schools; cronyism and awarding £££ billions of taxpayers’ money in contracts to party-funding donors.

3. Increasing privatization of public institutions such as the National Health Service, which was set up to allow anyone to receive medical attention FREE at the point of delivery, and from cradle to grave. Rather than maintain appropriate levels of funding to facilitate this, this government has quietly gone about selling off ‘profitable’ aspects of the NHS to the private sector and also handing personal patient data to private companies without a by-your-leave.

Check out the lyrics of these songs which are on the new album Revolt Against An Age Of Plenty available at: https://thegreatleapforward.bandcamp.com

“Revolt Against An Age Of Plenty”

Check out McCarthy songs and lyrics:

I subscribe and contribute to the ethos, beliefs and values of UK organizations such as Humanists UK (https://humanists.uk/), 38 Degrees (https://home.38degrees.org.uk), and We Own It https://weownit.org.uk), to name but three, as well as interacting with like-minded organizations and individuals on social media.

I also try to contribute to my local community by ‘giving back’ - check out the lyrics from the song “Giving Back Is Good For You” on the new album at: https://thegreatleapforward.bandcamp.com/track/giving-back-is-good-for-you

I realize you’re based in the UK, and Rebel Noise is running out of the US, but wherever we are living in the world, the fact remains that we need to work together to ensure that positive change occurs. Name an action to take, or an organization that would be worthwhile to contribute to, for your cause.

How about helping clamp down on tax-dodging global multinationals by supporting the campaign by TAXJUSTICE UK for global tax justice and in lobbying the G7 governments to ensure they close big loopholes in the recently internationally-agreed deal that could be exploited by big tech firms such as Google and Amazon.

1. An increased worldwide political and ethical awareness amongst young people and their willingness to get involved and take action – The future is everyone’s, but particularly theirs.

2. If the population can come together and work for the common good - as seen at the start of the Covid lockdown in the UK, for example – then that reminds us that the values of togetherness, tolerance, and respect for others deeply underpin modern human society and that an overwhelming majority of the population just want to do right by others – far, far outweighing that self-serving and intolerant, narrow-minded minority who would have us chained and oppressed within their abhorrent views.

3. The actions of organizations such as the ones I’ve listed above, who work tirelessly to improve the lives of all of us.