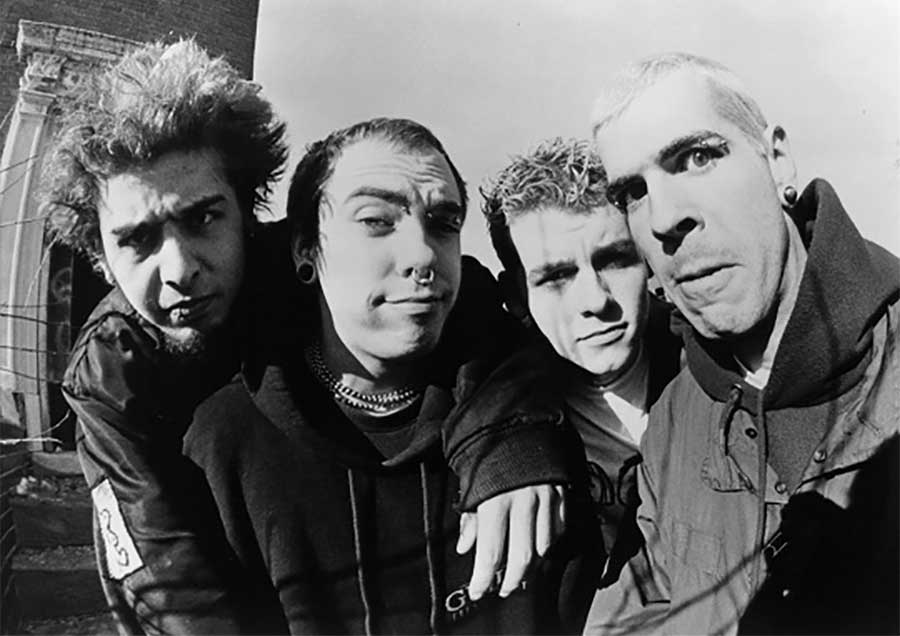 It has only been a week since terrorists attacked the Pentagon and the World Trade Center, and Jason Navarro is still pretty bummed. Like the rest of us, Navarro was shocked by the sudden bombings. “I was asleep and my mom called me,” the singer of Detroit’s Suicide Machines remembers. “She said some crazy stuff that I didn’t understand and I was only like half awake. So I got up and turned on my TV, and I really didn’t know what to think. I thought it was just an accident at first.”

And even though home for the Suicide Machines is Detroit, and not Washington DC or New York, the attacks have definitely affected Navarro and everyone else in the Motor City. “Outside of the Middle East, Detroit has the largest Arabic-Middle Eastern population in the world,” explains Navarro. “And there have been some weird incidents going on here, like people have thrown bricks through windows of Arabic-owned businesses and stuff. But, I think everyone in Detroit is so used to living together that [violence toward Middle Eastern people] will not become an issue here.”

Concerns about safety have also caused the Suicide Machines to consider canceling a series of upcoming Japanese dates. Ironically, Navarro and company were set to headline the overseas portion of the high-profile Plea for Peace Tour. “It’s kind of hard to concentrate on even wanting to go on tour right now,” Navarro says. “Rumor has it that AFI is stuck over [in Japan]. So I don’t know if we’re going to be able to go to Japan because of what happened. Are they going to have international flights? Do we really want to be traveling in the air? Everything is just scary.”

Navarro is also worried that the attacks will cause people in the mainstream public to misinterpret his band’s name. “I’m not worried about it with the people who already know who we are. Our fans know what we’re all about. But a lot of people don’t understand where the name ‘The Suicide Machines’ came from. The name was originally taken from ‘Jack Kevorkian and the Suicide Machines.’ Kervorkian used to be a local Michigan doctor who would help terminally ill people end their lives. And that’s where we got it. But when things like [the attacks] pop up, I don’t know what people are going to think. I hope they understand that we love this country as much as they do.”

Despite the recent national tragedy, the Suicide Machines are still set to release a new album, STEAL THIS RECORD, and will soon perform in Los Angeles with Ensign. Navarro is especially proud of a new song called “Scars,” which the Suicide Machines have dedicated to the memories of lost friends. “A good friend of ours, [skater Jason Buck], was murdered. And it’s really strange because in the past six or seven years, it’s unbelievable how many friends we’ve lost,” Navarro sadly reveals. “It’s terrible because those thoughts are always going to be there –- you miss your friends. The same applies to what’s going on now with the bombings and the planes. You’re never going to forget them. You’re never going to forget your friends.”

This article first appeared in DESTROY ALL MONTHLY. Please check out www.destroyallmusic.com. Thanks, Charlie!