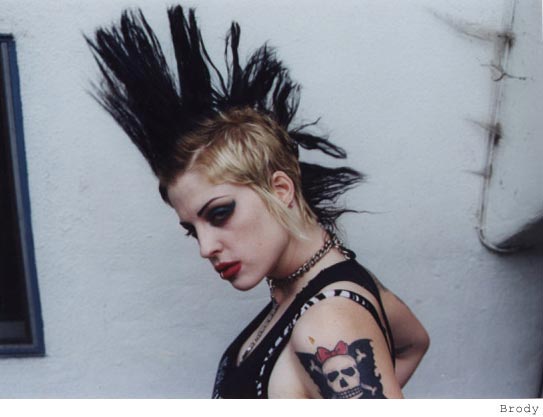 Unfortunately, I do not know what it was like to hang out with Elvis Presley in Memphis, 1955, or Joe Strummer in London, 1976, or Kurt Cobain in Seattle, 1990. But, I can tell you exactly what it is like to talk to Brody Armstrong of the Distillers in Los Angeles, 2001. And, trust me, now is an exciting time to know Brody Armstrong. Like Presley in ‘55, Strummer in ‘76, and Cobain in ‘90, Brody Armstrong in ‘01 is not only vastly talented and charismatic, but she also has been given the rare opportunity to realize her limitless potential.

However, living out a punk rock fairy tale is not always easy. Despite her exceptional talent and ability, Armstrong has constantly found herself on the defensive since she arrived in Los Angeles from Melbourne, Australia three years ago. Questions about her marriage to Rancid founder-Hellcat Records owner Tim Armstrong and the Distillers’ revolving door-like line-up have followed Brody since the release of her band’s self-titled debut in April, 2000. But, with Distillers’ second album, SING SING DEATH HOUSE scheduled to come out on Hellcat in January, 2002, Brody can once again concentrate on what matters most—the music. “The song, ‘Sick Of It All,’ is about punk rock,” Armstrong explains when describing SING SING DEATH HOUSE’s serious-minded opening track. “It’s about angry, disenfranchised kids who don’t know how to deal with their shit, and they take it out by means of violence or starving themselves or internalizing. It’s about [resolving] their anger, frustration, and self-esteem issues instead of doing something [negative]. And punk rock is kind of like a savior. Punk rock saved a lot of people I know, and it saved me. Punk rock is your outlet instead of shooting someone.”

While many of Armstrong’s best songs—“The Blackest Years,”“Sick Of It All,” and “Oh Serena”—empathetically examine the suffering of others, a new song called “The Young Crazed Peeling” takes a more directly autobiographical, first person approach. And, like the majority of Brody’s songs, “The Young Crazed Peeling” offers a heartfelt message of hope and liberation. “‘The Young Crazed Peeling’ is about being grateful for what I have,” Armstrong tells me. “I’ve been through all this shit, just like everybody goes through this shit. And even though no two people’s stories are all the same, I came out of all my shit and all the pain and am now out on the other side. So, instead of being a bitter human being, I can take the best out of [those bad experiences]. And now I’m really grateful for what I have. I’ve got everything I need, and I don’t need anything more than I have. I have love and I play music and I’m doing what I want to do. A lot of people don’t get to do the things that I get to do, so I guess the song is kind of like a ‘thank you.’ Because you can make it through.”

Versions of this article have appeared in Mean Street Magazine and Rockpile Magazine.  Please check out www.meanstreet.com and www.rockpile.net. 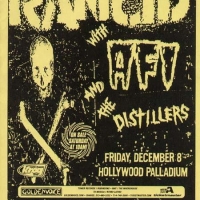 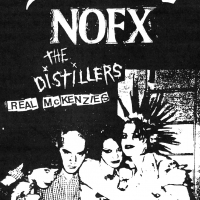 A conversation with Joe Escalante of The Vandals