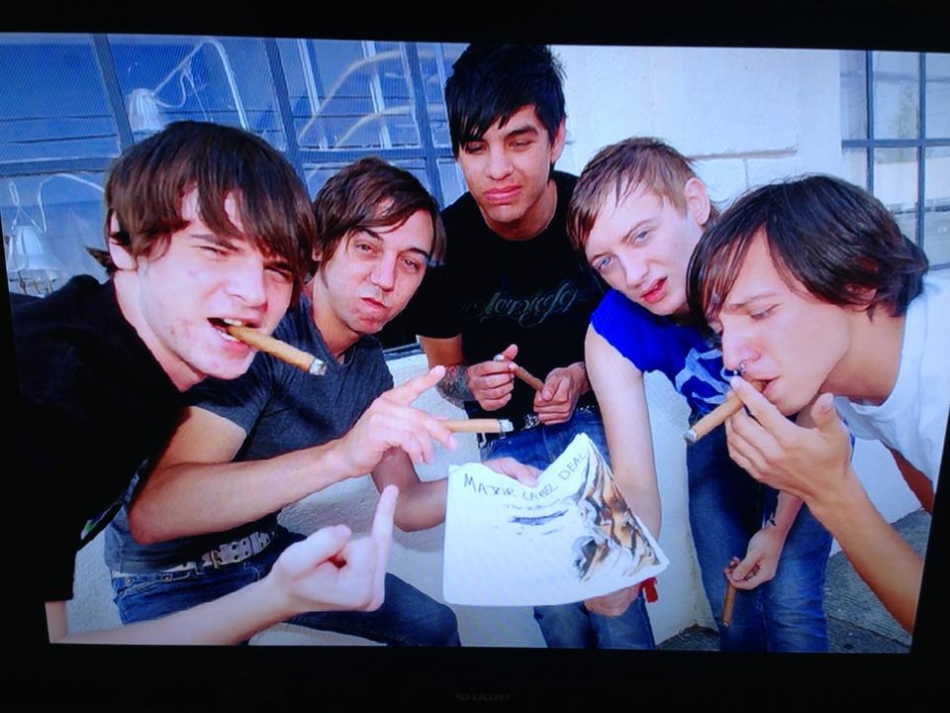 Sometime soon, the Kinison will become your favorite new band, and you will find articles like this one everywhere.  But for now, not that many people know about the Kinison, and even the band’s manager has little to say about them.  When asked, the Kinison’s manager, who goes by the name Bill Fold, simply described them like this: “The Kinison are 19 and from a small town in Southern Illinois.  They hate most bands on the radio.”

According to singer/co-founder Chris Lewis, the Kinison want success without having to sell-out.  “A lot of record labels are interested in us, but we don’t give a fuck about getting signed,” Lewis says.  “We’re not even very concerned about getting fans.  We’re only concerned about playing live right now.  We like playing in front of people, for shock value, maybe.  We’re not going to sign some fucking shitty two-dollar deal or some bullshit multimillion-dollar deal.  We’re not that type of band.  We want integrity and we want things on our terms.  And until things are on our terms, we’re sure as fuck not going to sign anything.”

While the Kinison contemplate offers from various record labels, Lewis admits that the band already received a lucky break two-and-a-half-years ago after passing a home-recorded demo to Amen frontman Casey Chaos at a show in St. Louis.  “Ten minutes later, [Chaos] fucking grabbed me, “ Lewis remembers, “and was like, ‘I’ve never met anybody your age with this much potential.  You guys are fucking great!’  We kept in touch for a few months and then did a 3-song demo with him called I HATE BLACK SABBATH at Sound City Studios in Los Angeles.  [Chaos] was fucking great to us.  He knew exactly what we wanted and what tones we wanted.  He’s a fucking great producer.”

After recording I HATE BLACK SABBATH, the Kinison later returned to the studio with Chaos and made another 4-song demo, MORTGAGE IS BANK.  They also relocated from their small hometown in Southern Illinois – Oblong (population: 1500) – to Riverside, California.  “I knew we could never get anywhere in Southern Illinois,” Lewis explains.  “We looked at our options and decided we had to get the fuck out of Illinois, really.  There’s nothing going on there.”