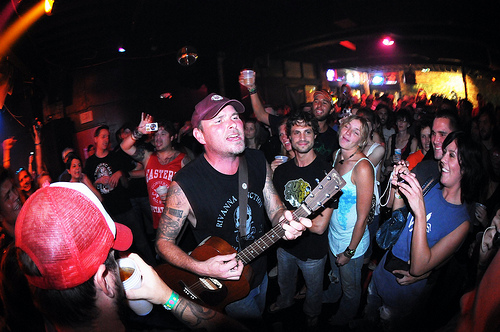 We caught up with Tim Barry on a breather between trains and tours to talk about his new release “28th & Stonewall”, the next Revival Tour and more.

Between tourin’ and train hoppin’ I know you’re away from your home town of Richmond, VA quite a bit, where were we lucky enough to catch you at today?

TB- I’m home in Richmond at the moment. Been here a couple of months and am leaving in a few days to begin touring on my new album “28th & Stonewall.” Gonna be a long year on the road. I start January 28th and am only home for a minute or two until May. And there will be more tours after that.

You have a new record coming out this month on Suburban Home Records called “28th & Stonewall”.  Can you tell us a little about the significance of the title and what we can expect from this release.

TB- I have a tendency to title my albums based mainly on where they were written or an area that drew a lot of inspiration. The title this time is based on the cross streets of the house I was living when I did most of the writing. The record will be pretty mixed up. There are songs with straight acoustic and vocals, some with just piano and vocals and then a ton of different instrumentation, including a full brass band on two songs.

Well, next I was gonna ask about the theme of your solo album titles appearing to all be locations (Laurel St. Demo, Rivanna Junction, Manchester, “28th & Stonewall”) but you covered that so what else can you tell us about themes?

TB- I never really have a theme in mind for songs or an album. The music or lyrics just show up and I roll with it. I wrote nearly every song on this album in a 3 week burst of creativity in January 2009 near those cross streets. I had also back logged a lot of songs while on 2009’s Revival Tour. Once I realized I had enough songs to choose from I set up studio time on an off all summer until I found the right sequence and called the album done.

What other artist have you been listening to recently that just blows your mind?

TB- Right now I’m hooked entirely on Josh Small. He’s a Richmond local and often backs me up when I play live. But he’s a far better song writer than I am and one hell of a singer. Anyway, he handed me an unmixed and unmastered version of his new album a couple weeks ago and it’s all I can listen to. Once released it will no doubt be the best record of 2010. There is nothing else like it. It’s just that good.

You’re headin’ back out on the road with the Revival Tour in April to the land down under. I caught the Revival Tour the first time around and I have to say it’s a great show.  What can you tell us about this years tour?

TB- I was lucky enough to be on the first Revival tour with Chuck Ragan, Ben Nichols and many others. I also did a leg of the tour last year. It’s seriously the best tour I’ve ever been on. When the offer for the Australia one came in I was not surprised to see everyone jump at the opportunity to raise hell, make music and explore Australia. I’m truly looking forward to it.

In these days of technology infiltrating music with Myspace, file downloads, iTunes, etc. how has your DIY ethics & strategies had to change from your days starting out with Avail?

TB- I grew up without computers and learned the music racket via word of mouth, mail order, flyers, hand bills and networking by getting on the road. In 2010 it’s all about adapting to all the technology and forums set in place and using them to your benefit. It is nearly impossible to make any money off of record sales these days. That fact simply has to be excepted and understood. Music is made to be shared, in what ever format. And touring is really the best way to get word out about your music. The worst thing to do is depend on over saturated social networking sites to create a fan base.

You have a knack for telling a good story in the first person?  Are songs like “South Hill”, “Dog Bumped” and “Tile Work” written about people you know or just fictional representations?

TB- South Hill is a song about the human cost of war. It was influenced by stories I heard from Iraqi war vets and stories I’d read in the paper. Dog Bumped was influenced by a situation a friend of mine is in. Although I changed the story intentionally so it wasn’t exactly about his case. The song tells the story of a guy who gets locked up for murder. Tile Work was influenced by some homeless folks I know.

I remember hearing you say a while back that your right hand man, Josh Small was not going to be touring with you anymore but low and behold the next time I caught your show there he was.  How did you convince him to get back on the road again?

TB- Josh tours with me off and on. There was a point when he wanted to take time off the road and did. Eventually he felt the pull of touring again and goes out off and on now. I suspect we’ll be seeing him doing a lot more shows on his own when his new album comes out.

Can you tell us a little about how your songs take shape?

TB- It’s always different. Example: Last week I wrote a song in one go and it was done. Song just showed up and lyrics just came out. This week I finished a song that I started while touring Australia back in 2006. It took forever, messing with it pretty often until it all made sense to me.

What is your favorite song to play live and why?

TB- That all depends on my mood. I don’t make set lists. I base what songs I play at shows on how I’m feeling that day. It’s like a therapy session on stage every night.

What do you do when you’re not making music?

TB- I have a huge life outside of music. I do so much it’s hard to get into. But right now I’m not working much. I’m just getting by on music. I do however work off and on for the Richmond Ballet. With them I do all kinds of work. Everything from carpentry, to laying floors to helping run shows.

Considering the extensive amount of traveling that you’ve done can you share with us the most amazing thing you have encountered?

TB- Impossible. I have been traveling playing music and other wise for over 20 years. There are so many stories and so many life changing events that happen on the road that it’s so difficult to even find one to focus on. Those are the kind of stories that come out around a fire sharing beers with friends.

What’s the coolest thing you’ve ever got the opportunity to do because of your music career?

TB- I guess the coolest part about playing music and traveling in general is the life long relationships I’ve built across the world with folks. I’ve made so many friends and been inspired by so many people I’ve met that it’s mind blowing. I feel very lucky.

Do you have a favorite local indie record shop in your hometown… so we know where to go next time we’re road trippin’ through your neck of the woods.

TB- We have two in Richmond. Vinyl Conflict in the Oregon Hill neighborhood and Plan 9 Records in Carytown. Both are essential to our cities thriving independent music community. 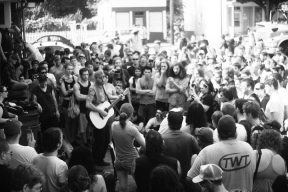 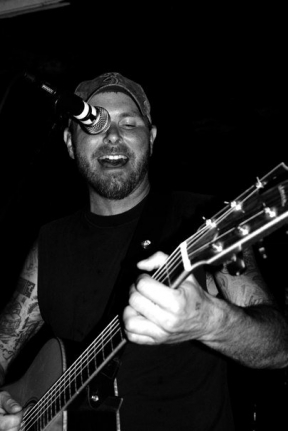 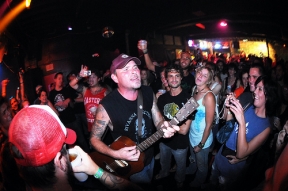