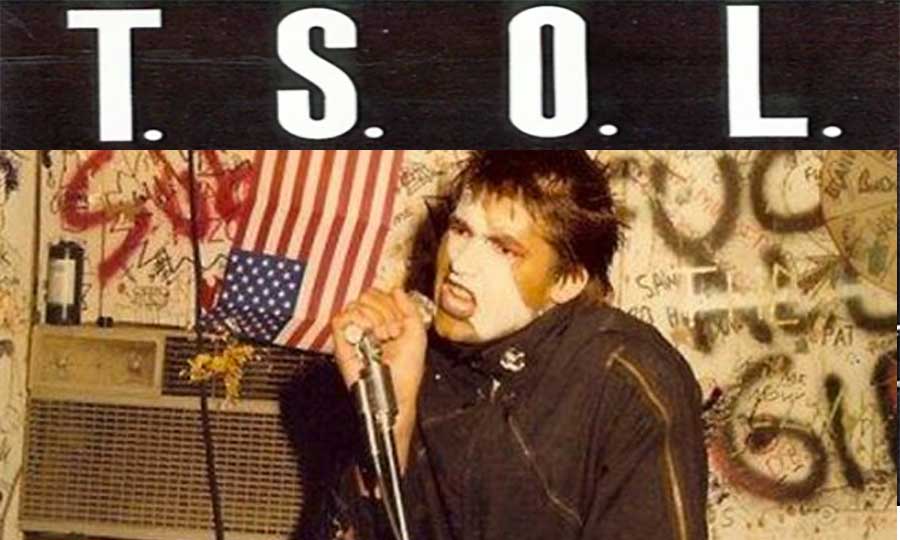 Being in a band is all about having fun.  And when it stops being fun, then it’s time to move on, right?

But, what if your band was sharing bills with the likes of Bad Religion and Social Distortion and selling-out venues such as the Hollywood Palladium?  Would you still have the guts to get up and leave simply because it wasn’t “fun” anymore?  Well, TSOL’s Jack Grisham did just that. “Hang on, I’m getting lit,” Grisham says as he sparks up a cigarette and begins cruising down memory lane.  “I originally left TSOL in ‘83 because [being in TSOL] was becoming a hassle.  Every show [TSOL] played turned into a riot, and the cops were always after us.  [TSOL’s shows] had gotten too big, and I didn’t like [the pressure].  I just wanted [TSOL] to be fun and all about having a good time.  So, I decided to leave.”

Following Grisham’s departure, the remaining members of TSOL grew their hair fashionably long and jumped on the then-mainstream L.A. hard rock bandwagon.  While TSOL churned out a couple of derivative yet commercially acceptable albums without him, the outgoing and adventurous Grisham kept busy by fronting a number of ambitious musical projects.  And Jack had a lot of fun during his time away from TSOL, too.

“After TSOL, I formed this group called Cathedral of Tears,” Grisham cheerfully recalls.  “We played really fucked ‘80s lovey-disco music, and I wore chicks’ clothes.  Cathedral of Tears pissed people off, and it was pretty funny.  Then, I [formed] Tender Fury with Dan Root, who is in One Hit Wonder now, and Randy Bradbury, who plays in Pennywise.  I did that for a few years.  And after Tender Fury, I [started] the Joykiller, and we made three records.  Then, [after the Joykiller,] I started playing in TSOL again.”

Naturally, Jack’s triumphant return to TSOL was not the result of some well-planned, carefully calculated move.  Like most of the decisions he makes concerning his musical career, Grisham rejoined TSOL just for fun.  The “original” TSOL got back together with the intention of playing a one-time only gig at the opening of a 1999 art exhibit in Santa Monica.“The exhibit was called FORMING: THE EARLY DAYS OF L.A. PUNK,” Grisham remembers, looking back at the not-so-distant past.  “The [organizers] asked me if I would come and sing a TSOL song with some other guys.  I thought that would be kind of weird.  I talked to [the other two original members of TSOL] Mike [Roche] and Ron [Emory] about it, and we agreed to go there and play a couple of songs.  We played the show for fun and we just wanted to have a good time.  Anyway, we were asked after that show if we would be interested in doing a tour.  So, we ended up doing this tour, and TSOL suddenly fell back together like it suddenly fell apart [in ‘83].  There really was not much thinking involved [with TSOL’s decision to reform].  Before we knew it, we were playing all the time again.”

Ironically, nearly twenty years after leaving TSOL because he felt that the group’s audience had become too big, Jack often finds himself performing with his old band in front of thousands and thousands of people.  Since reuniting, Grisham and TSOL have released a new album, DISAPPEAR (available on Nitro Records), and the group has shared stages with the likes of Green Day, the Offspring, and even Social Distortion.  Talk about coming full circle…

“I’ve always said that I’d rather play at somebody’s house than play a big show,” Grisham explains, his voice full of excitement.  “And this girl hit me up about it just a couple of weeks ago.  She told me that she wanted [TSOL] to play at her house.  So, we went and played at some girl’s house, and it fucking ruled.  There were like 300 or 400 kids in this backyard, and they lit a mattress on fire.  The cops never even showed up, and it was crazy.  It was a fucking blast.” 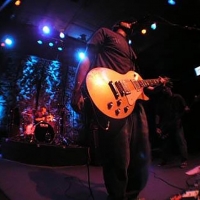