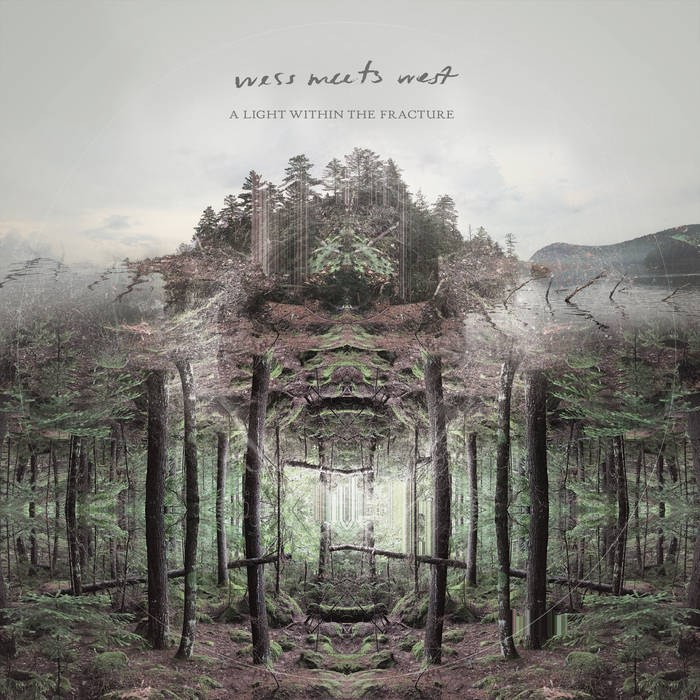 Wess Meets West - 'A Light Within the Fracture' 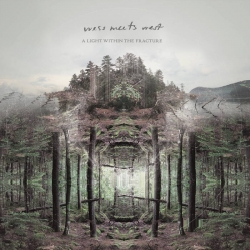 Like all superlative post-rock, A Light Within the Fracture balances memorability and accessibility with inventiveness and variety to yield expectant works of art.

For as long as they’ve been around, New Haven, CT post-rock outfit Wess Meets West has borne some of the most gorgeously transcendental offerings the genre has seen in quite some time. By mixing bits of electronica into their sublime and affective soundscapes, they rival contemporaries like Russian Circles, God is an Astronaut, and Explosions in the Sky when it comes to crafting life-affirming bursts of intricate yet inviting instrumental portraits. Happily, that excellence is continued on the quartet’s latest full-length, A Light Within the Fracture, a thoroughly luminous and contemplative journey that fans of the style will no doubt adore.

The album is their first for Hassle Records and once again finds the group (founder/guitarist Sam Stauff, bassist Erick Alfisi, drummer Andy Porta, and guitarist Nick Robinson) working exceptionally within a shared vision. In speaking of the LP’s inspirations, Stauff surmises:

I think this album represents many feelings we collectively have. . . . Be [they] feelings of hope, despair, joy. . . . One of the main themes of this album is life and death. Not just in the human sense but in nature, relationships, family, and how we handle ourselves in everyday situations. There is a struggle that we wanted to convey. We reach for hopefulness even in the darkest places.

In addition, he notes that recording most of it during winter 2016 (in Portland, ME) was fitting since “the music [they] make fits better with that time of year.” Although they’ve added scant vocals in the past, Stauff still believes that “it may be easier to express yourself with instrumental music than with lyrics, because lyrics can force a listener to an exact place, whereas instrumental music allows the listener to go wherever they want to.” On that end, A Light Within the Fracture certainly succeeds.

Opener “Monuments” provides delicate gravity with its bright atmospheres, shimmering guitar lines, and forceful syncopation before “Direct Experience” (as its name implies) takes listeners to a more nuanced, temperamental, and ultimately pensive place. Stauff and Robinson deliver dominant panic over mellow undercurrents while Alfisi and Porta accentuate and motivate well. Afterward, “Skylar, There’s Rot” is both grungier and stranger depending on the moment, with programmed percussion and echoed arpeggios adding quirky and fresh layers to an already colorful and gripping passage.

Acting as a short centerpiece of sorts, “Catacombs” offers a powerfully subtle slice of divine respite—a vibe that’s maintained yet intensified with the tribal industrialization of “Temporary Galaxies” and "Fog Horns on the Baltic"—prior to “A Little Bug,” whose unsettling beauty (complete with distorted philosophical narration) conjures the heavenly emotion of modern Anathema. As its title suggests, the penultimate “Defiant Optimism” contrasts interlocking eruptions of pure celestial grace with explosions of crushing dissonance before finally settling on a breathtaking hodgepodge of the two. Fittingly, “The Truth about the Wind” acts as a calming closer consisting of soft chords (piano and guitar), pulsating rhythms, and initial sound effect rumblings that culminate to demonstrate how the most captivating and moving music is often rather simple and unassuming. In a way, it acts as an aural catharsis to alleviate past conflicts and appreciate the sheer exquisiteness of life.

Like all superlative post-rock, A Light Within the Fracture balances memorability and accessibility with inventiveness and variety to yield expectant works of art.  Indeed, there isn’t a moment here that isn’t blissfully introspective—whether heavy or light—and wonderfully textured. As such, Wess Meets West emphasizes feeling and craft over overt showmanship, so while it’s not in-your-face impressive from a technical standpoint, it relentlessly overwhelms you with striking meaning via stunningly multifaceted layers. What more could you want from music? 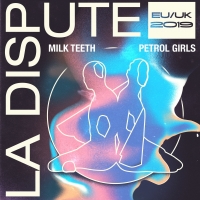