Big Big Train - ‘A Stone’s Throw from the Line’ 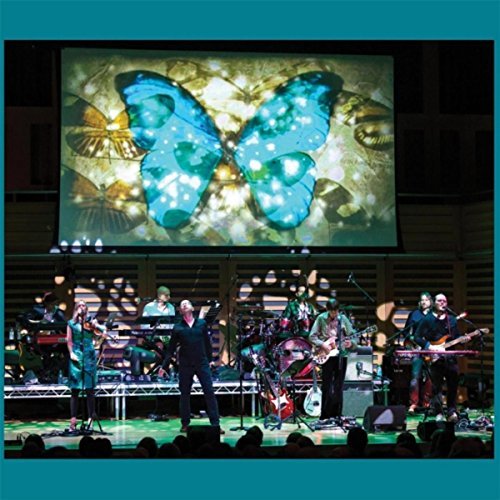 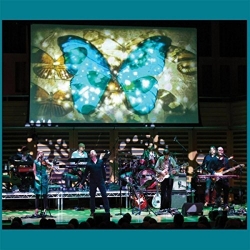 What’s more outstanding about A Stone’s Throw from the Line, to be honest, is what it represents: an intimate gathering between an immeasurably special band and hundreds of its most loving listeners.

2016 has been quite the year for English octet Big Big Train. First, they released their ninth (and arguably best) studio LP, Folklore, this past May—which wound up on just about every progressive rock ‘Best of 2016’ list released recently—and now they’ve issued a remarkable companion live sequence, A Stone’s Throw from the Line. Recorded between August 14th and 16th, 2015 at King’s Place in London, the shows marked the band’s first concerts in seventeen years (and earned Big Big Train the Live Event of the Year honor at the 2016 Progressive Music Awards). Featuring selections from every release since vocalist David Longdon joined in 2009 (except Folklore)—so The Underfall Yard, Far Skies Deep Time, and English Electric: Full Power—this two-disc offering captures remarkably faithful renditions of some of the band’s best material (and thus, some of the best material in the genre). Best of all, Longdon’s interactions with the crowd, as well as their occasional cheers and claps, reveals just how intimate and special the three-night endeavor was.

The first set starts with a happy coincidence: the crowd cheers, Longdon says, “quiet,” a fan yells, “make some noise,” and Longdon replies, “funny you should say that” before the group launches into “Make Some Noise.” Unsurprisingly, it sounds almost identical to the official version (including the harmonies), if not even more robust; luckily, the same can be said for “The First Rebreather,” which follows just as it does on EE:FP and is every bit as vibrant and tight (with slightly clearer backing vocals, too, especially from Rachel Hall).  There’s also “Uncle Jack” and “Victorian Brickwork,” both of which feature subtle changes and interactions from the audience, making them feel very communal and welcoming. Longdon also provides a bit of context for the latter track—a nice touch.

Disc one also includes the highlight of the entire package, “The Underfall Yard” in its entirety. Not only is it [one of] the strongest track[s] in Big Big Train’s arsenal, but it’s probably one of the finest epics in the genre, period, and it’s recreated impeccably here. There are some tonal deviations, too, such as an electric piano solo a third of the way through and feistier strings near the end, that make this version stand out from its initial counterpart. One can only imagine how incredible it must’ve been to see it performed a mere few feet in front of you.

The second half of the collection kicks off with the rarest track of Longdon’s tenure, “Kingmaker,” a demo from 1993’s The Infant Hercules that was rerecorded for the import version of 2011’s Far Skies Deep Time. (Its inclusion alone is worth the price of admission since this is the easiest way to get a version of it.) Afterward, the octet slips into one of its catchiest songs yet, “Wassail,” a tale that, as Longdon explains, relates to “a pagan celebration, [and] it’s got a lot to do with apples.” It’s also here that the audience is most involved, as they sing along with the chorus to elicit the most celebratory passage on A Stone’s Throw from the Line.

Next, the warm harmonies and horns of “Summoned by Bells” complement the sociable vibe before drummer Nick D’Virgilio steals the spotlight with a dynamic solo that acts as a prelude to the hypnotic keyboard patterns of “Judas Unrepentant”. The way he signals the start of the song with a few subtle cymbal taps is, well, very cool, and the piece itself showcases the smooth contributions of bassist Greg Spawton very well, plus some very aggressive guitar and string work towards the conclusion. “Curator of Butterflies” and “East Coast Racer” then ensue and capture perfectly the delicate beauty and entrancing energy, respectively, of their studio predecessors, while “Hedgerow” (which features some of the most angelic vocal counterpoints of the concert) ends the sequence on a bittersweet note.

By and large, A Stone’s Throw from the Line isn’t especially surprising, as it offers fans nothing more or less than flawless live takes on some of the band’s greatest feats. Considering how rewarding this material is, though, that’s more than enough to make it a must-own release for anyone who loves luscious, complex, and refined music. What’s more outstanding about this set, to be honest, is what it represents: an intimate gathering between an immeasurably special band and hundreds of its most loving listeners (which is captured visually via an all-encompassing 40-page booklet). Big Big Train is as deserving of such treatment as any of their contemporaries, so here’s hoping that A Stone’s Throw from the Line sparks many similar releases from them in the years to come.