Baltimore’s Underlined Passages Are Back With A Gripping New EP 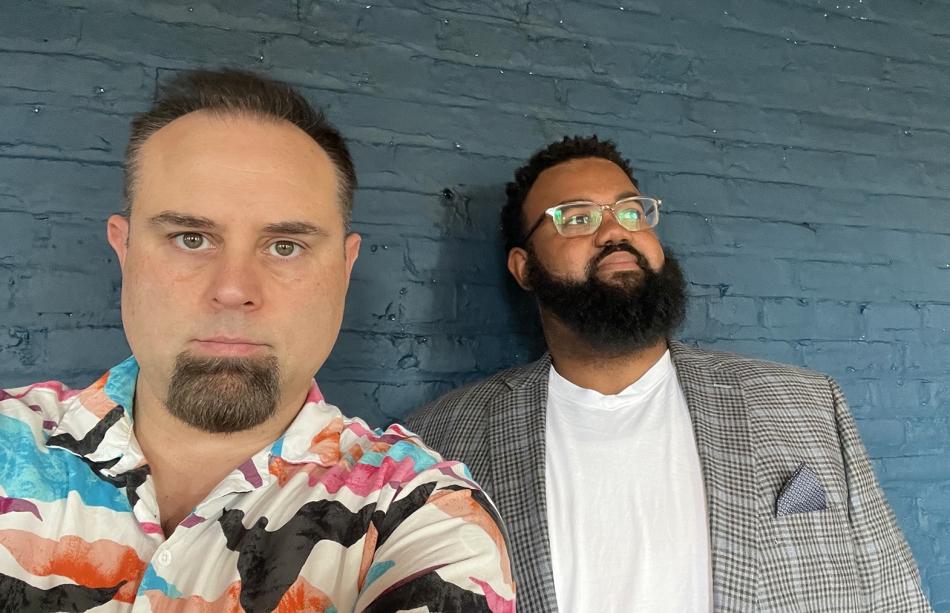 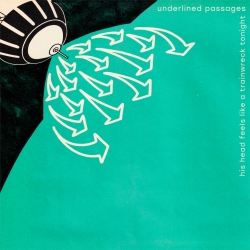 Underlined Passages has crafted a brand and style all their own, yet familiar in its constant ties to late 90’s/early 00’s college indie, you would think these two actually like that era of rock.

His Head Feels Like a Trainwreck Tonight  (His Head…) by Baltimore indie rockers Underlined Passages (UP) is a melodic odyssey from beginning to end-but who is the intended audience? The journey to find out is half the fun of listening to this really solid record from the band.

UP is an interesting band because they thread the needle between an established indie rock band and a public friendship between percussionist Jamaal Turner and Michael Nestor. This makes for an interesting background palette to interpret song lyrics, themes, and other media the band releases.

(Seriously: look up singer/guitarist Michael Nestor and you will see a long history of well-regarded music across several bands and a record label spanning more than 20 years, search percussionist Jamaal Turner and you will also find a rich tapestry of projects and musical approaches).

These two gents have crafted a brand and style all their own, yet familiar in its constant ties to late 90’s/early 00’s college indie. You would think these two actually like that era of rock. But the friendship is the most interesting thing about UP within the context of the  amazing music presented on His Head…because it gets me thinking about whether these guys are not writing for me the listener but to each other!

And that understanding of band context makes this EP and their former record Neon Inoculation so interesting. One is never sure whether the music is intended for the listener-or whether the songs are secret communiques between Jamaal and Michael.

With the addition of very capable bassist Gary Hewitt (who has joined the band on the last three releases), UP has really turned a corner from a really good indie band into a unit that has an identity that goes beyond the individual musicians. This transition is hard to pull off and is rare for bands. UP does this well and reminds me a lot of how the Canadian indie band The Weakerthans bounces between a band and the identity of their songwriter John K. Samson.

His Head…showcases their movement into the space of bands that have such a strong identity,  that they can move beyond traditional themes oriented with rock music without alienating their audience.

This is evident in the risk the trio has taken in tackling some themes that are not very safe for a youth-oriented audience. They kind of don’t care what younger folks think about this, and that’s OK with this reviewer, I like that they are right in your face with how much these songs are not about being young. Hell, I’m not that young either!

The EP starts with the emotional "Midlife Suicide" that stands out with gorgeous harmonies and a steady rhythm that is signature UP, but man, that title. Can you be more obvious? The lyrical content is really centered on someone struggling with whether it is OK to let it go. There is no resolve here, it is an open-ended question. My question is, who asked it? Did Michael ask Jamaal, is the band asking us?

"Snowdonia" is a little departure here because although it continues the mellow and relaxing mood with emotional context and maturity, it is also very contemporary-and again, forlorn. Though this time, there is a sense of hopefulness and the end of the song keeps moving closer and closer to hope. There is very much a Bon Iver vibe to this track and it is a good vignette for the band. They show a lot of versatility in their restraint. I want to hear more of this.

"Ambrncense" follows next to showcase the album's message of aging and acceptance and again, they are right in your face with the lyrical content-discussing how modern electronics makes you feel old and out of touch (that’s a theme everyone can relate to). This was closest to the American Football/Promise Ring/Death Cab For Cutie context that UP sometimes sits in. Although Michael’s judicious use of the vocoder on many of these tracks pull these great songs into a more modern context, Jamaal’s drums and Gary’s bass lines save this track from becoming too repetitive, and keep it contemplative, which is perfect for the song. A gorgeous slate of production from Frank Marchand and this is a centerpiece of the EP for me

Underlined Passages completes His Head... with the powerful recreation of the Sarah McLachlan song "Ice Cream,"  with a cover that is so original that only they can pull it off . I did a YouTube search through all the cover versions of this song, and I have to honestly say that UP’s version will be the most original take on this track. Only a band this confident in their own skill could pull this kind of interpretation off.

Their dreamy interpretation of  “Ice Cream” demonstrates each individual musician's stellar talent as a collective and invites the listener to find their own personal meaning to this song in the context of the theme of the EP. Contextualizing it in the overarching themes of His Head... makes for a very different interpretation indeed! Play around with it in your head while listening.

As you dear reader, if you have made it this far, can see-I really enjoyed this record from UP, and I cheer them on because in a world of a million musical choices, they have planted their flag and are not afraid to wait for the right audience to find them.

I was not familiar with UP before this record came across my inbox, but I can assure you I know them now, and I am convinced you will enjoy discovering this little island of a band in the sea of noise as much as I did. Don’t miss taking a listen to UP’s body of work this year starting with His Head Feels Like a Trainwreck Tonight.