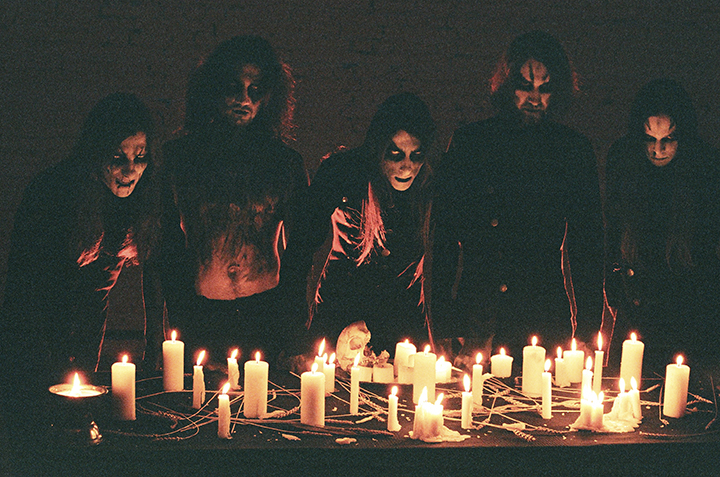 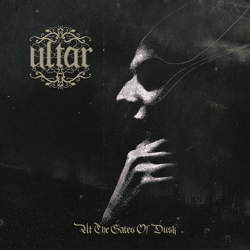 Melodies—buoyant and boreal, layered and lofty—ring out on this diverse black metal album

ULTAR’s latest album, At the Gates of Dusk, often stays near the moonlit path worn by the second-wave black metal pioneers. Songs like “Midnight Walk and Reminiscences of Necromancy” and “My Rope” feature the genre conventions—blast beats and rasping gauged-eye screams. Rhythms on these songs trend toward the furious and unyielding while the drums, not the guitars, dazzle.

But ULTAR plays atmospheric black metal that leans sometimes toward post-metal and even shoegaze. This album, which features higher production value than the pioneer and modern purist recordings, features more accessible melodies even while retaining a lot of the older back metal stylings. The melodies—buoyant and boreal, layered and lofty—ring out in their simplicity within the harrowed arrangement’s peduncular hallucinosis.

Some of the most obvious post-metal/shoegaze sounds arrive with the slower-paced “Antiques”—a trotting Elk of a song, its antlered head dipping as it climbs the rise of red hills. The guitars are fuzzed and jangle more than they vomit distortion. Likewise, “Rats in the Walls” opens with a delicate construction of guitar harmonics, reverb, and fuzz. Then comes the distortion and the screaming, splashing cymbals and then the onslaught alongside a simple melody. This is perhaps the album’s most dramatic song; although the promotional materials claim the album is a tribute to H.P. Lovecraft, during this song I think of Mary Shelley and picture the monster Frankenstein crashing through the Arctic in a stolen dog sled as his creator, Victor, closes in and the ice begins to crack.

ULTAR is a five-piece band from Krasnoyarsk, Siberia. At the Gates of Dusk, released November 20, 2022, follows the albums PANTHEON MMXIX (2019) and Kadath (2016). The band has opened for Behemoth, Cradle of Filth, Myrkur, Suffocation, Vltimas, Hate, Wiegedood, Alcest, Swallow the Sun, Harakiri for the Sky, and The Ocean.

Baltimore’s Underlined Passages Are Back With A Gripping New EP