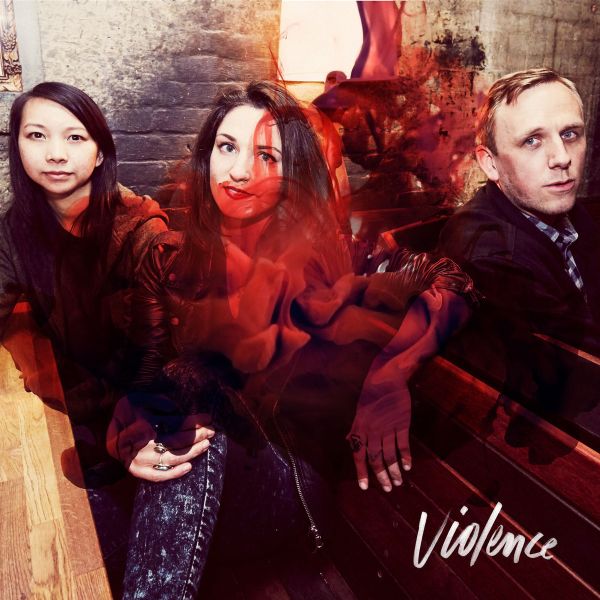 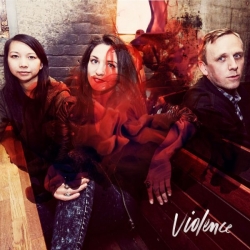 Song and Video Review of slow-building post-rock epic “Before the Rectangles Take Over” by Brooklyn-based alternative rock trio Vaureen.

Alternative rock is such a bland catch-all descriptor that doesn’t accurately describe the potent blend of post-rock, grunge, and post-punk vibe that runs through Brooklyn-based band Vaureen’s vastly atmospheric sound.

The trio, composed of Andrea Horne (vocals, guitar), Marianne Do (bass), and Cale Hand (drums), hit all the right notes – and moods – on the 3 tracks of most recent EP, Violence.  A rumbling drum beat, screaming guitars, and Horne’s emphatic vocals stamp the psych-rock-tinged EP-opener “Tough Guys”.  The band then goes the sludge rock route on the grimy afterburn of “Evil”.

Epic post-rock number “Before the Rectangles Take Over” closes the EP on a grand note of slowly ascending guitar lines, shadowy bass line tug, a measured drum beat, drumsticks tick, cymbal smashes, and harmonious doubled vocals by Horne.  The song fulminates into a lush cloud with burnt edges – both serene (vocally) and searing (guitar-wise) at the same time.

The live performance video for “Before the Rectangles Take Over” features in ‘n’ out of focus, black ‘n’ white, hand-held filmed footage of the members in contemplation mode while preparing to perform, and then the trio launching into the song.

After the mid-way point of the video, fast time-lapse film tracks through towns, cities, highways, desert landscapes, trains passing by (or the other way around, actually), forests, and then a lift-off view from a plane looking down at the patch-work earth below and the lit-up city grid.  The velocity of the filmed images adds a relentless momentum to the band’s performance and makes for an interesting counterpoint to the drawn out, but angelically heavy ending of the tune.