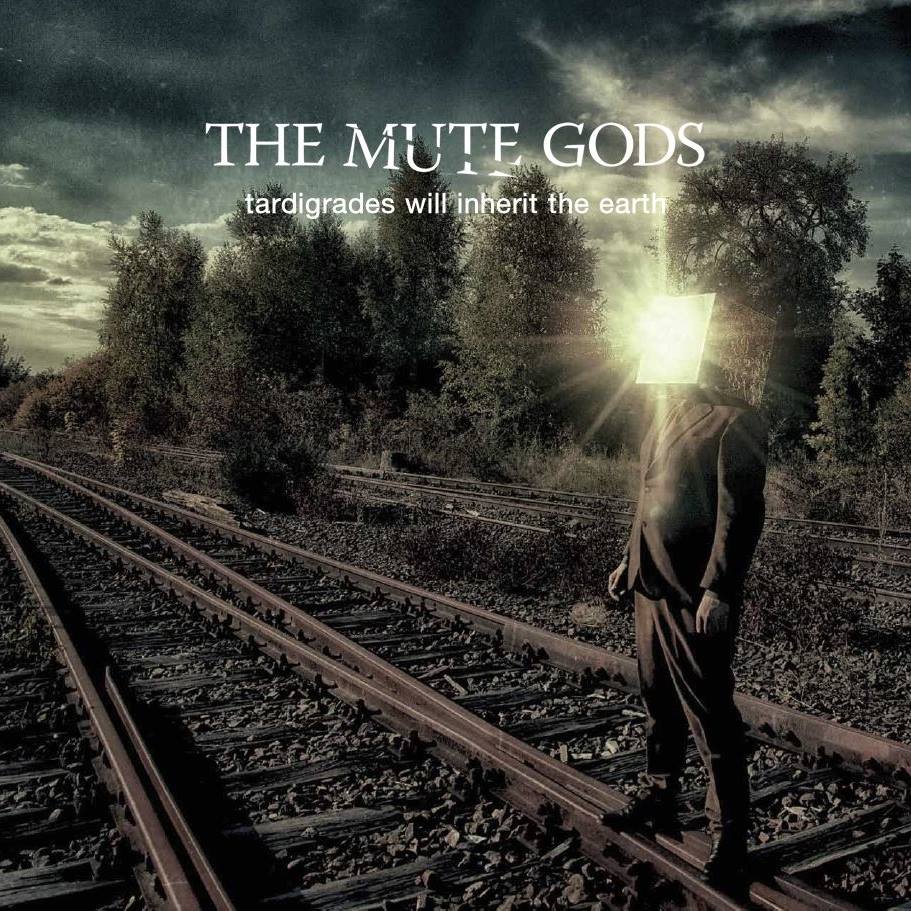 'Tardigrades Will Inherit the Earth' Cover 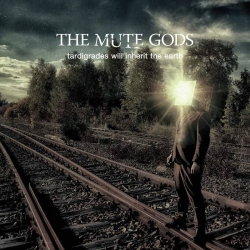 Tardigrades Will Inherit the Earth doesn’t necessarily outdo Do Nothing Till You Hear From Me, but it is certainly a bleaker and fiercer journey.

With last year’s superb debut LP, Do Nothing Till You Hear From Me, progressive rock supergroup The Mute Gods (bassist/guitarist Nick Beggs, drummer Marco Minneman, and keyboardist Roger King) established itself as a powerful and dynamic trio. Having worked together in the past, their natural chemistry made the album feel very unified and vivacious, so it’s no surprise that its follow-up, Tardigrades Will Inherit the Earth, maintains that excellence and acts very much like a proper continuation. It’s not as instantly catchy or lively as its predecessor, but it is more mature and somber, so it's weightier and more cinematic overall.

Thematically, Tardigrades Will inherit the Earth picks up where the last record left off, as it revolves around “humankind’s self-destructive tendencies” and “timely perspectives on the state of religion, politics, media, and the environment.” In fact, the band themselves classify as “a darker” effort, not only because of its “examination of societal control mechanisms . . . [and] the inevitable outcomes should we continue down dark, dogmatic pathways,” but also because it melds their trademark “melodicism and addictive hooks” with “a heavier, more metal-oriented focus.” In the full-lengths official press release, Beggs confesses:

I know I’m not the only person who feels the way I do. . . . Other people understand the state of the world and what’s at stake as we make one terrifyingly bad decision after another. This album asks people to take off their rose-tinted spectacles and consider the reality facing us. At this point in my career, I feel strongly that it’s important to use music as a vehicle for truth, not just feel-good entertainment.

This increased edge is apparently from the start, with the brief orchestral opener, “Saltatio Mortis,” evoking a sense of impending doom and urgency. Electric guitar notes croon over brooding strings, marching drums, and delicate bells. Beggs classifies it as “a Roger King-penned 21st Century funeral march for humanity,” and it also evokes the battle themes of Game of Thrones and The Lord of the Rings. It also serves as a strong lead-in to “Animal Army,” the first proper song. Like legendary Yes bassist Chris Squire, Beggs has a surprisingly smooth and high voice, so his verses are both tense and tender; as for the chorus, it’s distorted a bit to sound purposefully ominous and monotonous, contrasting sharply the inviting nature of the verses. Musically, the track is straightforward but fetching, with strong rhythms and a blend of aggressive tones and poppy chord changes. It’s a fine example of the aforementioned metal melodicism.

“We Can’t Carry On” is sparser and fatalistic, with an impactful ether beneath Beggs’ echoed proclamations. There’s also a lot of symphonic industrialization during the hooks, which are made even more arresting by falsetto backing vocals (courtesy of Lula Beggs and/or Lauren King). Also, the bridge near the end enhances the air of engrossing despair. “The Dumbing of the Stupid” upholds this vibe pretty closely while also recalling the central riff of Alice in Chains’ “Them Bones.” A significant change of pace comes with “Early Warning,” a soft ballad with the guitar arpeggios and woodwind flourishes of Hackett-era Genesis (plus luscious harmonies), while the title track returns to the quick pace of a dense rocker. King punctuates Beggs’ low chants with beguiling futuristic riffs; likewise, these moments are frequently offset by an equally fiery guitar riff. Combined, these elements make it one of the most appealing pieces here.

The second half of Tardigrades Will Inherit the Earth kicks off just as enjoyably. For instance, “Window onto the Sun”—which explores the question of “Will technology liberate or destroy us?”—feels plucked from Do Nothing Till You Hear From Me because of its relative exuberance (including high harmonies, upbeat tenacity, and warm tones). Interestingly, “Lament” (“a Chapman Stick instrumental accompanied by orchestra designed to signify the grief and sorrow of those who understand the difficulty of the state we’re in”) is eerily like a lost composition from Anathema (which is certainly a compliment). It’s gorgeous. As its name suggests, there’s a hopeful coating to “The Singing Fish of Batticaloa,” complete with cheerful melodies, poetic lyricism, and rich, pastoral textures.

The penultimate “The Andromeda Strain” seems like a showcase for Minneman, who really displays his adventurous and virtuosic chops beneath soaring guitar lines, bustling bass accompaniments, and various orchestral outbursts. Luckily, “Stranger than Fiction” is an exceptional closer, too. Its initial mixture of ethereal atmosphere and forlorn piano notes is an [un]intentional nod to Kate Bush’s wonderful “Wow.’ From there, it evolves into the album’s most delightful selection, with a gentle arrangement complementing Beggs’ silkiest singing and most romantic and optimistic lyrics yet. (Actually, he wrote it for his wife—who provides backing vocals—with the sentiment that “If we can find love, it can provide meaning and understanding in all of this madness. It can change the lens through which we see everything, hopefully for the better.”) It’s a very charming way to end, especially considering how grave the lead-up has been.

Tardigrades Will Inherit the Earth doesn’t necessarily outdo Do Nothing Till You Hear From Me, but it is certainly a bleaker and fiercer journey. Whereas the first record was more accessible and inviting, this one requires more listens to fully appreciate. Once you do, though, you’ll find a very engaging, multifaceted, and thought-provoking sequence that wisely balances technical musicianship with robust and heartfelt songwriting. It’s also surprisingly unified yet varied, with both heavenly and hellish sections working in tandem to yield the most exploratory and insightful experience possible. One can only hope that the next entry in their discography is as enticing and releases as quickly.