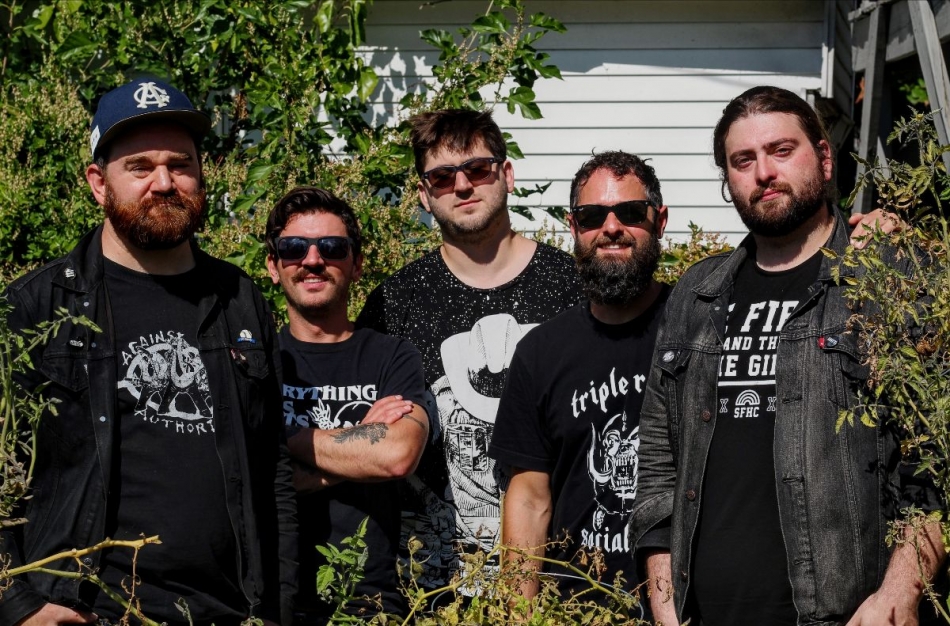 Chicago’s Blind Adam And The Federal League release the anthemic track “There Was a Ballgame” as a tribute to their late Grandmother who loved the Cubs!

Chicago's Blind Adam and the Federal League recently released a new video for “There Was A Ballgame” off their 2021 album An Act of Desperation (A-F Records), produced by Chris #2 Barker (Anti-Flag) and mastered by Joe Tessone (Mystery Street Recording). Adam Gogola (vocals/guitar) and Alex Simotes (bass/vocals) are the foundation of the band featuring a new lineup of musicians including guitarist Nick Cvijovic of the Chicago punk band Butchered, guitarist Tim Schumann of Loss Leader, and Athen Erbter of Boob Sweat and Ugly Flannel on drums. "There Was A Ballgame" could be comparing the end of a relationship to a baseball game: "Through all the heartache there were a few years we really had something to believe in," Gogola sings. This is what makes the song relatable allowing a listener to decipher their own meaning. "There Was A Ballgame" is an invitation to experience the magic of baseball through a child's eyes - complete with flashes of Wrigley Field and local hangouts that you might stop in for lunch before a game.

“The song was written as a letter to my grandmother who sadly passed away in 1996. She was a huge Cubs fan, and some of my best childhood memories were celebrating Chicago sports with her – especially the Chicago Cubs," Gogola explains. The new video is a poignant collection of images that made me feel like I was there too; capturing the nostalgia of happy childhood moments in only a few minutes. Chris #2 Barker of Anti-Flag had this to say, “From the minute Adam brought this song into the room, we knew it was special. On a personal and emotional front, but also in the beautiful and poetic way that the song ties in our universal human connection to one another through simple moments. What can feel like a trivial act of spending an afternoon at the ballpark with someone can have a forever lasting impact on how we view our futures and look back on our pasts. ‘Ballgame’ is the perfect song for an ever changing fall, nostalgia, and our collective hope.” Be sure to check out the new video"There Was A Ballgame," released just in time for the World Series