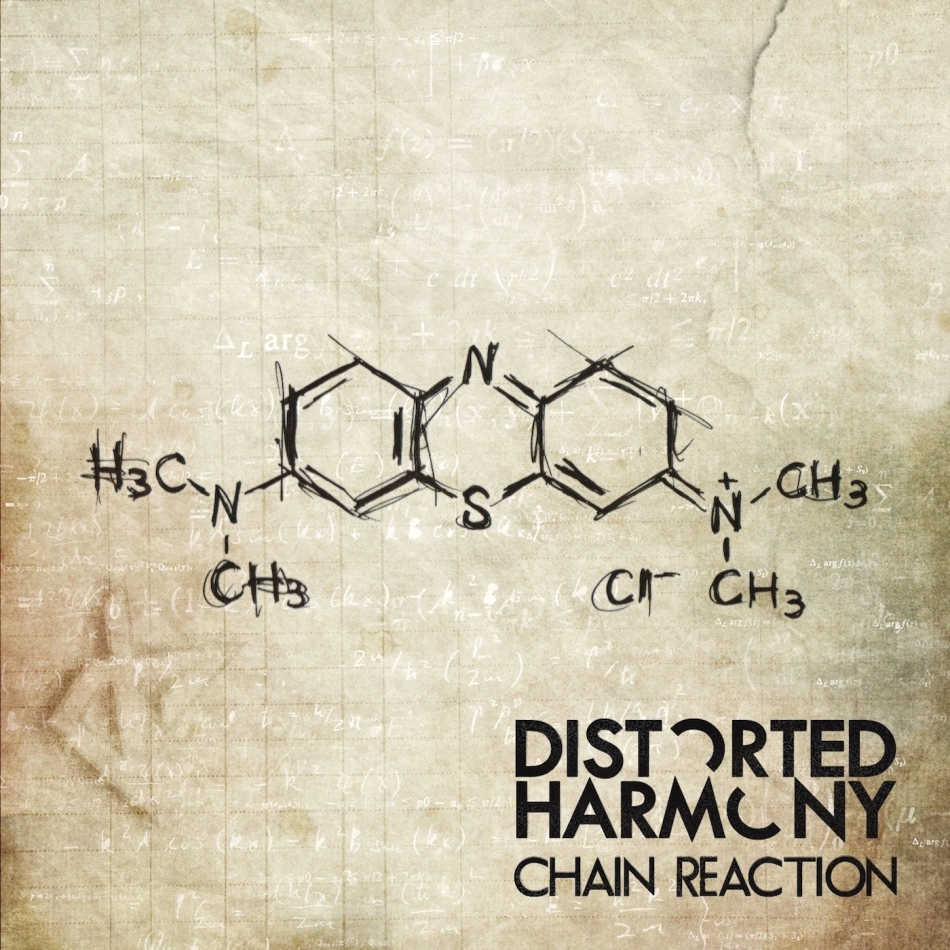 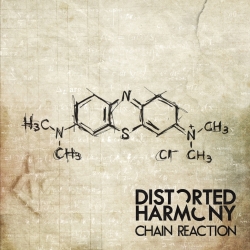 ‘Chain Reaction’ maintains the memorably hooks, intricacy, and intensity of its predecessor, but it lacks the variety, elegance, and dynamics that made ‘Utopia’ so special.

Israeli quintet Distorted Harmony blew away just about every listener with their 2012 debut, Utopia. A challenging yet catchy slice of progressive metal, it was infused with an invigorating amount of innovative arrangements, unique timbres, and significant tonal shifts, earning it a spot on many ‘Best of” lists at the end of that year. In fact, it’s one of the most distinct and impressive debuts I’ve heard in the last decade. Naturally, expectations have been very high for its follow-up, Chain Reaction; unfortunately, though, some fans may not be as welcoming to this disc’s significantly different direction. Essentially, Chain Reaction maintains the memorably hooks, intricacy, and intensity of its predecessor, but it lacks the variety, elegance, and dynamics that made Utopia so special.

Formed a few years ago by Yoav Efron (keyboards) and Yogev Gabay (drums), Distorted Harmony is rounded out by Misha Soukhinin (vocals), Guy Landau (guitars), and Iggy Cohen (bass). As you’d expect, the band cites several of the genre’s most beloved groups, such as Dream Theater, Symphony X, and Porcupine Tree, as influences. With Chain Reaction, they make this extremely apparent, as the record is noticeably more bombastic and antagonistic than its precursor, with a strong emphasis on biting guitar crunchiness, quick spurts of percussion, and an overall more aggressive nature. Of course, there’s nothing inherently wrong with this approach, and Distorted Harmony certainly do it justice, but they also lose some of their individuality and niche in the process.

“Every Time She Smiles” sets the new stage well with its atmospheric opening, which consists of a delicate guitar line and bass complement over [what sounds like] a simulated waterfall. Soon the heaviness ensues, with riffs battling as cymbals crash, introducing listeners to their new aesthetic. Actually, it evokes the enticing nature of Vandan Plas’ Christ 0. Vocally, Soukhinin is in top form, delivering his affective verses with restraint and his choruses with power. Meanwhile, Efron seems to downplay his role here, as he simply coats the landscape that Landau, Cohen, and Gabay assault. It’s an impressive opener, no doubt, although, as I’ve said, it’s quite reminiscent of other acts. Also, the LP’s subsequent two tracks, “Children of Red” and “Misguided,” don’t do much to set themselves apart from the pack.

Fortunately, some deviation comes in the form of “Nothing (but the Rain),” a brief instrumental featuring a prominent electronic foundation that dances around Efron’s central piano motif. Afterward, “Hollow” offers some of the album’s most energetic yet emotional singing, while “As You Go” offers another useful deviation, this time focusing on acoustic guitar warmth and nostalgic melodies. It’s very inviting and comforting. Album closer “Methylene Blue” easily comes closest to recalling the more symphonic and multifaceted nature of Utopia, as its multiple shifts between lulls of reflection and moments of panicked reaction provide a consistently intriguing momentum. Efron’s hypnotic core pattern ties the rest of the elements together perfectly.

As much as I want to praise Chain Reaction for being another refreshing, vibrant, aspiring, and complex masterpiece, I simply can’t. Distorted Harmony is clearly a talented, ambitious, and humble group of great musicians, but they seem to have lost much of what made them stand out so strongly in the first place on this release, choosing instead to focus solely on a style that’s been done to death already. In addition, only a few of these tracks claim their own identities, while the rest feel entirely too similar to each other. In the end, Chain Reaction is still a solid progressive metal album, but it would be more remarkable if(a) it didn’t sound like so many other genre pieces and (b) it maintained the brilliant chemistry and combination of elements that made Utopia such a breath of fresh air.