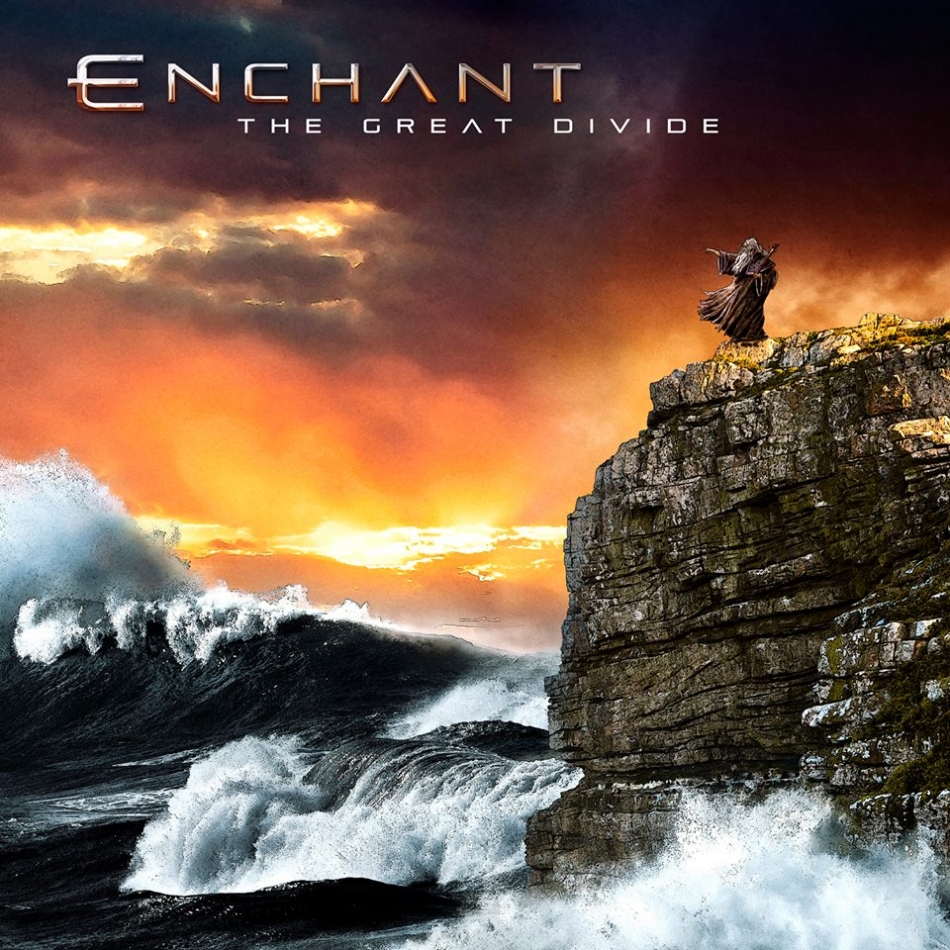 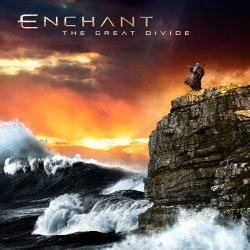 Enchant hasn’t lost a shred of its ambition or focus in the decade since we last heard from them, ensuring that fans will be satisfied with every second of their newest entry.

Formed at the tail end of the 1980s, American progressive rock quintet Enchant is among the most beloved acts in the genre. Originally conceived as Mae Dae, the group proved to be quite prolific, releasing seven albums in the span of ten years (starting with 1993’s A Blueprint of the World, which Marillion guitarist Steve Rothery helped produce). However, they went on hiatus following the release of Tug of War in 2003, and fans have spent the last decade wondering when they’d come back together and create another masterwork. Fortunately, they did just that this year, as The Great Divide is a stellar—if slightly generic and unvaried—collection of prog rock gems.

Currently, the band consists of three founding members—Doug Ott (guitar), Ed Platt (bass), and Ted Leonard (vocals/guitar)—as well Sean Flanegan (drums) and Bill Jenkins (keyboards), both of whom joined around 2002. Interestingly, Leonard has become even more of a genre icon recently, as he became the official new singer of Spock’s Beard, whose previous two lead singers, Nick D’Virgilio and Neal Morse, left to join other outfits, including Big Big Train and Transatlantic. As if that weren’t enough, Leonard also served as a guest musician during Transatlantic’s recent tour in support of Kaleidoscope.

Having spoken to Leonard about these opportunities last year, I can attest to how fortunate he feels in these roles; after all, he’d been a longtime fan of both Spock’s Beard and The Neal Morse Band for a long time, so the chance to perform with both is a dream come true. Luckily, neither project has deterred him from focusing on crafting quality music with Enchant, though, which is definitely evident in The Great Divide. It’s quite intricate, colorful, and enjoyable.

The title track is a nine minute behemoth that recalls Drama era Yes, as well fellow neo-prog bands like IQ and Frost* (although, to be fair, Enchant formed long before Frost*). Leonard’s voice is as smooth, commanding, and distinctive as ever, and the accompanying musicianship complements him well. For example, the guitar work is sharp yet dazzling, working in tandem with the percussion to produce nice counterpoints. Melodically, it’s engaging and harmonious, and the instrumental breaks are luscious and accessible, offering a dreamy atmosphere throughout.

“Circles” is another standout offering, as its momentum and harmonies evoke the greatness of King’s X, as well as the last Spock’s Beard album, naturally. Jenkins’ tones and flair decorate the track, providing a soft yet sophisticated bedding on which the other components rest. Elsewhere, “All Mixed Up” and “Transparent Man” are among the most tonally diverse selections, as they juxtapose aggression and tranquility well, while “Life in a Shadow” is a spectacular display of thick, soaring vocals and fiery guitar solos. “Deserve to Feel” is arguably the most spastic and difficult piece here, with several great start/stop bursts that showcase how well these musicians can perform with a shared mind.

The Great Divide closes with “Here and Now” and “Prognosticator.” The former is a moody ballad whose moments of quiet allow its moments of passion to shine even more. Although refined and flashy, the arrangements never become obnoxious; rather, they always serve the songwriting, which is at its best on this track. Meanwhile, “Prognosticator” (which I believe is a bonus track) is a frenzied instrumental lead by forceful rhythms, crunchy riffs, speedy patterns, and a fair amount of dynamic shifts. It’s an exceptional way to go out.

Again, The Great Divide isn’t especially unique or wide-ranging; to be blunt, you won’t hear anything that you haven’t heard before. However, that’s true of a lot of modern prog, so the real question is: how good is the music despite that inherent flaw? Well, I’m happy to say that it’s exceptional. Each member proves his worth and skill as part of the whole, and the level of intricacy and energy that permeates every moment of The Great Divide is enough to warrant a listen. Enchant hasn’t lost a shred of its ambition or focus, ensuring that fans will be satisfied with every second of their newest entry. There’s really no reason not to devour the musical majesty contained her.