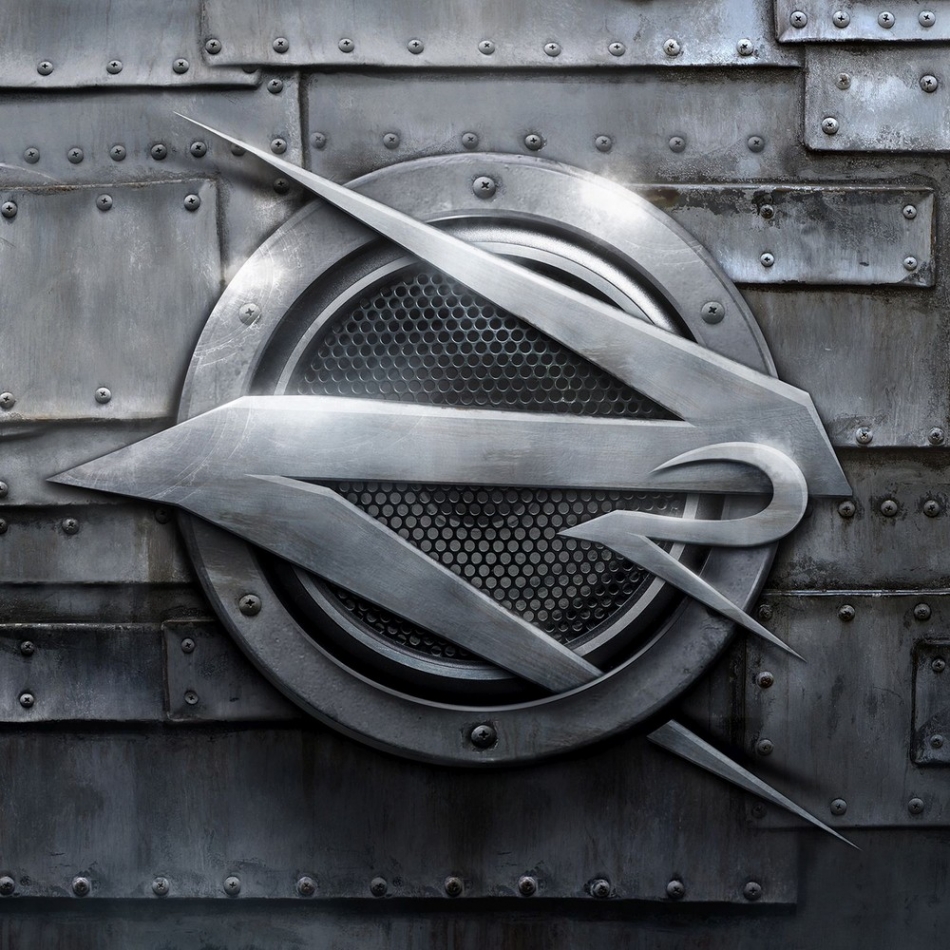 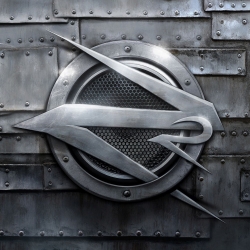 Part follow-up to ‘Epicloud’ and part hyperbolic sequel to ‘Ziltoid the Omniscient,’ ‘Z²’ is another work of genius by the progressive metal master.

Over the past twenty or so years, Devin Townsend has released nearly two dozen albums; however, few, if any, have come with as much anticipation and build-up as Z², the official sequel to his 2007 progressive metal masterwork, Ziltoid the Omniscient. Actually, Townsend had been planning it out since at least 2009, all the while creating several other great discs, as well as incorporating Ziltoid (the character, an alien puppet) in his live performances, podcasts, and more (he even had a brief cameo as “The Mighty Masturbator” in 2011’s brutally intricate Deconstruction). Nevertheless, fans have been clamoring eagerly for the better half of a decade to see this, Townsend’s most ambitious project to date (which is really saying something), come to fruition. Well, after months of social media updates and promotional videos/imagery, the two-disc collection (it’s technically two albums packaged together) has finally been released, and, well, it’s fucking incredible. Packed with all the beautiful melodies, dynamic instrumentation, brilliant wall-of-sound production, and of course, humorous lyrics and sound effects that you’d expect, Z² rightfully earns its place as both the next chapter of the concept and the next entry in Townsend’s catalogue. Indeed!

Without going into all the details about how Z² came to be, let’s just say that it’s been Townsend’s dream project for years. In fact, it’s a multiplatform venture, as the album has been preceded by several episodes of Ziltoid TV and Ziltoid Radio, which served whet the appetites of fans longing for more of their coffee addict dictator idol as the album was being written. Needless to say, Ziltoid is more than just a character in a few albums (three so far, if you count Deconstruction); he’s Townsend’s sidekick and alternate personality, and Z² is an incredible way to commemorate his pop culture potential and legacy (especially the second disc, Dark Matters, which is really the sequel LP; the first disc, Sky Blue, is an unrelated collection of songs by the Devin Townsend Project. Essentially, it’s the follow-up to Epicloud).

In terms of the players, Townsend has enlisted the talents of many. Of course, the Devin Townsend Project returns, so Dave Young (guitars/keyboards), Brian Waddell (bass), and Ryan Van Poederooyen (drums) continue to kick ass. In addition, longtime collaborator Anneke Van Giersbergen (ex-The Gathering, Ayreon) once again lends her angelic vocals to Townsend’s opus. Unsurprisingly, Dark Matters features special guests, including WWE superstar Chris Jericho (whose own band, Fozzy, is relatively popular), Stolen Babies singer Dominique Lenore Persi, and a “Universal Choir” comprised of countless fans who lent their voices to make select choruses and harmonies immensely fuller and more powerful. As masterful a producer as ever, Townsend utilizes their skills to their fullest potential, ensuring that every performance is golden.

Admittedly, most listeners will find Sky Blue to be the weaker entry, which is really only a testament to how incredible Dark Matters is (but we’ll get to that in a bit). Honestly, it’s hard to imagine that Townsend expects anything else, as he must view it as a supplement to the grandiose majesty of Ziltoid’s next adventure (rather than an equal contender). Still, in its own right, Sky Blue is a really great album. As I said, it’s stylistically quite similar to Epicloud, as well as Ki and Accelerated Evolution. It begins with “Rejoice,” a catchy, aggressive, and straightforward rocker charged with falsetto harmonies and biting guitar riffs and percussion. I suppose it’s fairly similar to “Addicted” from Addicted, actually. As usual, Townsend’s crafted an awesome opener.

Afterward, he lets his vocals soar in “Fallout,” aided wonderfully by van Giersbergen, whose background presence is definitely impactful. “Midnight Sun,” to be honest, feels similar to “Where We Belong” from Epicloud; it’s a heavenly ballad, of which Townsend is a master, while “Universal Flame” evokes “Angel” (also from Epicloud) with its direct call to action. “Sky Blue” and “Rain City,” in contrast, are delicate, ethereal, and gorgeous, incorporating slightly more electronic percussion than usual. It’s dense with blissful production and melodies, whereas “Silent Militia” juxtaposes van Giersbergen’s soft voice with Townsend’s hellish growls and guitar licks. It’s thunderous yet accessible. Eventually, “Forever” and “The Ones We Love” act as divine and tranquil bridges, whereas “Before We Die,” which, in typical Townsend fashion, concludes the disc with a rousingly sing-a-long hook that can’t be ignored (okay, technically “The Ones We Love” ends the disc, but for all intents and purposes “Before We Die” is the last song). Both its verse and chorus are infectious and optimistic, instilling in listeners an appreciation for life and love as only Townsend can provide. Again, Sky Blue is a fantastic album on its own, so if you’re a fan of the aforementioned precursors, you’ll no doubt enjoy this one too. However, Dark Matters is the real  masterpiece.

As you likely know, Ziltoid the Omniscient was truly a solo album, as Townsend recorded everything himself, so while its plot was certainly prevalent and intriguing, it didn’t feel especially theatrical; Z², on the other hand, absolutely does. With its additional characters, outrageous plot, and emphasis on narration and dialogue, this is a fully fledged progressive metal rock opera. And boy does it nail the genre. The record is bursting with spoken exchanges between Ziltoid, Captain Spectacular (Jericho), and the new villain, “War” Princess Blattaria (Persi). Townsend has always put his full dedication into the Ziltoid character, happily chewing the scenery with comical delivery and wording. Luckily, both Jericho and Persi are more than able to match him. Persi, in particular, is as intense, cheesy, and just plain crazy as you’d hope, while Jericho, who has the more subdued role, does a fine job too. Also, the entire affair is narrated by Bill Courage, whose deep, smooth voice and constant enthusiasm fit perfectly with the rest of the cast. Initially, these factors may feel a bit out of place (since it’s the first time Townsend has gone this far into theatricality), but once you get used to it, you’ll find that these hyperbolic elements elevate the storyline far beyond anything you could’ve asked for.

The songwriting is fantastic too. Z² starts things off as a formal introduction, during which Townsend introduces the gimmick of the Universal Choir, who do a great job of making listeners feel like they’re watching a play as they scream, “Ziltoid, you’re on the air! Ziltoid, you’re on my show! Solo!” Meanwhile, Courage literally welcomes you to “Z2; Zed squared!” during which he tells us that, despite the way the first chapter ended (as the fantasy of a bored coffee shop employee), Ziltoid is very much real; in fact, he’s more or less treated like a god on Earth.

The second track, “From Sleep Awake,” joins Ziltoid and Captain Spectacular at a celebration, continuing to establish the setting as it goes. Without a doubt, it features the most affective and beautiful melodies on the disc, as van Giersbergen, who peppers the piece with wall-of-sound harmonies, tells Ziltoid to “Go, dominate their lives.” She then bellows, “Liar! Liar!” while the instrumentation is complementarily downbeat and melancholic. It’s a stunning moment not only on the album itself, but in the context of Townsend’s entire discography. Dreamy yet devastating, it’s one of the best sections of music he’s ever written.

“Ziltoidian Empire” is more in-your-face and zany, as it details the circumstances that will lead to the War Princess clashing with Ziltoid and Earth. The concluding section is especially complex, evoking the ingenious arrangements of Deconstruction. Likewise, “War Princess” allows Persi to showcase her own metal chops, spearheading an angry but awesome and multilayered assault on the ears, while “Deathray” is hilariously overblown and comical. It’s also a great example of Townsend’s penchant for conceptual continuity (he often repeats moments across multiple albums), as the entire song is a melodic nod to “Ziltoidia Attaxx!!!” from Ziltoid the Omniscient. That’s not the only example of it, either, but I won’t spoil the other instants that recall its predecessor.

Anyway, “March of the Poozers” is appropriately militaristic and imposing, with thick production aiding in the charge. What’s most impressive about the song, however, is how Persi interrupts Townsend’s onslaught of chants and screams with a gentle, endearing bridge that transforms into a monstrous outcry. It’s a very clever moment that demonstrates how great of an arranger Townsend is. As for “Wandering Eye,” it’s more narration than song, but the background instrumentation is immensely tricky; in fact, it evokes the dizzying patterns Gentle Giant and Frank Zappa did so well.

“Earth” and “Ziltoid Goes Home” incorporate more choral extravagance into their prog metal attack, and the latter has an especially welcoming chorus (“Ah! You’re running away from me!”). Next, “Through the Wormhole” is relatively non-musical; instead, it features plenty of sound effects, humor, and exposition, allowing the characters’ banter to progress the plot until it’s more or less finished. It’s very cool and enjoyable. Finally, “Dimension Z” acts as the musical equivalent of closing credits, showcasing once again the power of the Universal Choir as they reflect on what’s transpired in a surprisingly allegorical and philosophical way. Of course, Townsend is far too interesting and eccentric to let Z² end just like that, so he has the narrator pop up again at the very end to . . . well, I won’t mention it here, but let’s just say that it acts very much like an after-the-credits scene of a Marvel superhero movie.

As I said earlier, Townsend has long since proven himself as one of the few modern musical geniuses of our generation; just about everything he’s released thus far demonstrates an unparalleled synthesis of diverse musicianship, touching songwriting, adventurous arrangements, bold experimentation, and a sublime mixture of humor, sentiment, and everything in-between. In other words, rather than sound like the protégé of other artists, Townsend spearheads his own subgenre that will continue to influence countless artists for decades to come. Z² is another perfect example of this. I can’t emphasize enough how blown away I am by this second entry in the Ziltoid saga; although Sky Blue contains enough gems and variation to make it worthwhile, Dark Matters is the true chef-d'oeuvre here. Highly indulgent, ridiculous, technical, and confident, it’s easily one of the best things Townsend has ever done. Z² exceeds expectations greatly, proving that Townsend can still innovate and surprise. It’s sure to top many ‘Best of’ lists at the end of the year too. Indeed!