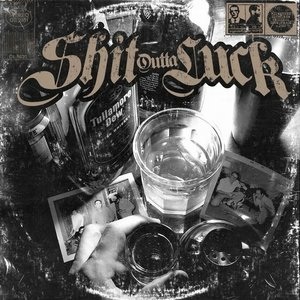 Album Review
Shit Outta Luck
Label: Organized Crime Records
Reviewed by borntolose824
These Michigan metalheads on Organized Crime Records seem to care about two things- drinking (Tullamore Dew) and fighting (Frat boys, Guys in suits, ect). Lack of lyrical topics notwithstanding, the music is loud and brutal and singer Shawn spews out rants concerning the two aforementioned topics at top speed, often without waiting for the rest of his band to catch up with him. The band is tight and offers some creative tempo changes that keeps things interesting. An EP with six songs, it's pretty much thirty minutes of ass-kicking and by the time you're ready for something melodic, it's over. Listen to this record before you hit the bar or head out to a Slayer show.

*There is also a ska band called Shit Outta Luck. This is not them. In fact, I was unable to find a website for this band, even on their label's page, so it's a possibility they changed their name.