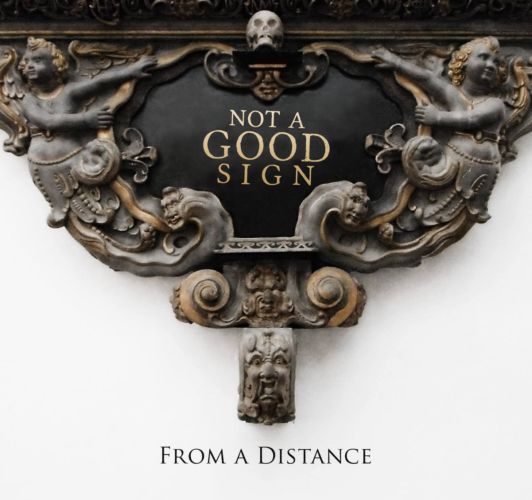 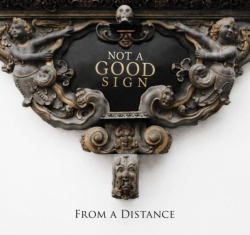 Album Review
Not a Good Sign
Reviewed by Jordan Blum

Despite its lack of newness and steady diversity, the collection is full of rich classical instrumentation, complex arrangements, and emotional singing; combined, these elements make for a fantastic blend that every genre fan should adore.

Although it’s probably not as prolific as England or America in this regard, Italy has spawned some of the most interesting, unique, and influential progressive rock acts of the last forty-five years. For example, ‘70s icons like PFM, Le Orme, and Delirium are still playing a part in the development of the genre. Likewise, there are many modern troupes that standout, such as Not a Good Sign, who, along with Profusion, Nosound, The Watch, and some others, are keeping the torch burning as brightly as ever. In fact, their recently released sophomore effort, From a Distance, proves that the present style can be every bit as majestic, intricate, and appealing as it was decades ago. It doesn’t bring anything especially new to the table, but its subtle blend of vintage homages and fresh techniques makes it a thoroughly complex and poignant journey nonetheless.

The quintet came together in 2012 and describe their sound as “an ominous, fascinating sound melting vintage keyboards, powerful guitars and voice, besides ethereal and autumn nuances, supported by a compelling rhythmic drive [sic].” Likewise, they admit that From a Distance contains a foundation of “the 'old school' prog from the '70s”; however, it’s presented “in a modern key, with a pinch of hard-rock and psych. [Also,] resonant vocal melodies and lyrics complete the gloomy but colorful imagery . . .” In trying to top their impressive 2013 eponymous debut, Not a Good Sign reflects that From a Distance is “more mature, more aware, and its vision is clearer and easier to understand. There is a deeper melodic research that highlights the shadow play. The guest musicians and their instruments enrich the band’s sound and occasionally take center stage [sic].” Fortunately, these ambitions and assessments ring true, as the album is a consistently melancholic yet melodious gem.

“Wait for Me” starts things off with an assault of intricate percussion and flashy keyboard and guitar riffs, easily evoking elements of classic King Crimson and Goblin. It then slows down so that vocalist Alessio Calandriello can express his pleas alongside bells, soft arpeggios, and various orchestral timbres. From there, the track moves between chaos and calmness expertly, and honestly, it also bares a similarity to aspects of Opeth’s latest masterpiece, Pale Communion, by the end.

Another striking piece is “Flying Over Cities,” whose tense rhythms, dynamic shifts, and dazzling effects are wonderfully multilayered and gripping (even if they feel a bit too overtly inspired by Camel and Gentle Giant). The juxtaposition of dense bookends and a serene middle section is especially appealing. Afterward, the horns and dreamy tones of “Not Now” make it feel warmer than its predecessors, with subtle embellishments throughout that help decorate the experience. A bit later, “Pleasure of Drowning” incorporates a heavier guitar emphasis, as well as more abrasive vocals and syncopation, which definitely demonstrates how skilled drummer Martino Malacrida and bassist Alessandro Cassani are at playing as a shared unit.

“Open Window” is fairly sinister and biting, with a striking balance of fierce keyboard/guitar attacks and elegant piano lamentations, while “The Diary I Never Wrote” is more straightforward in its intensity, with a strong sense of panic and regret, as well as an awesome guitar solo, that makes it enthralling. Fittingly, From a Distance ends with “Farewell,” which essentially grows slowly from silence to a lone piano ballad that eventually incorporates English horn too. It’s a brief but tasteful way to induce a feeling of closure on the listener.

All in all, From a Distance is a very enjoyable listen. Despite its lack of newness and steady diversity, the collection is full of rich classical instrumentation, complex arrangements, and emotional singing; combined, these elements make for a fantastic blend that every genre fan should adore. Not a Good Sign definitely wears its influences on its sleeve, yet it also has the skills and wisdom to channel them into a charming trademark sound. For that reason, From a Distance exceeds expectations brilliantly.

The Tangent - A Spark in the Aether