The Tangent - A Spark in the Aether 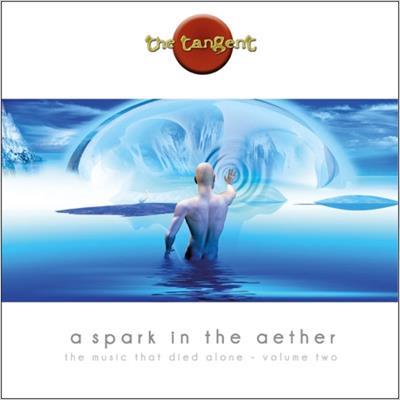 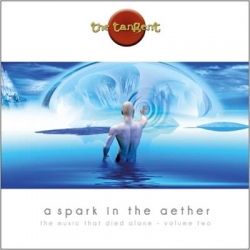 Album Review
The Tangent
Label: Inside Out Music
Reviewed by Jordan Blum

A Spark in the Aether is a predictable yet pleasing Tangent adventure that’s undeniably wonderful in the moment but lacking when it comes to leaving an imperative impression in one’s memory.

Formed (and still led) by Andy Tillison in 2002, English progressive rock fivesome The Tangent is known as much for its colorful, luscious sound as its impressive turnstile of musicians (both current and former) from other groups, including two from The Flower Kings (Roine Stolt and Jonas Reingold), two from Beardfish (Magnus Östgren and Rikard Sjöblom), Guy Manning (Manning), and David Longdon (Big Big Train). Regardless of who’s in the band, though, The Tangent never fails to deliver a solid blend of catchy melodies, vibrant timbres, joyous vibes, and complex arrangements. Expectedly, then, the magic is still in top form on the group’s eight studio outing, A Spark in the Aether: The Music that Died Alone Volume Two. Although it doesn’t offer anything especially new or memorable, it’s nonetheless a thrilling adventure that further exemplifies why the Tangent formula is so beloved by fans and critics alike.

An official successor to the band’s 2003 debut, A Spark in the Aether connects to its predecessor in a distinct way. Tillison clarifies, “A lot of the subject matter in the lyrics to the first few songs is revisiting the state of [p]rogressive [r]ock [twelve] years after the original album was made. That's obviously been a big, big change. There's no apparent sign of the music being dead at all . . . but I still feel we have dangers and that we're not out of the woods yet. We all have a part to play in the development of this genre and becoming stilted and over safe is not the way to play this game . . ." Furthermore, Tillison reflects that the new LP “. . . seeks to return to the core of what The Tangent means to me . . . we're, to an extent, reining in the instrumentation to the [five] piece electric [p]rog [r]ock band and focusing a little more on that all-important second word of the genre name, 'rock' . . . “ No matter the intensions, A Spark in the Aether is a highly enjoyable experience from beginning to end. After all, no one else does it like The Tangent.

The title track glides in with a jubilant keyboard pattern, saxophone (courtesy of Theo Travis), and explosive percussion. Admittedly, it’s a fairly predictable way to start, as is Tillison’s verse and chorus; luckily, though, this familiarity doesn’t diminish the excitement, as both his voice and central riff are commanding and idiosyncratic. The Tangent’s signature carefree playfulness and dense harmonies shine too, making the piece intricate yet accessible. It’s a straightforward yet multilayered rocker that satisfies as an opening despite a lack of surprise.

Fortunately, “Codpieces & Capes” is more enthralling from the start, with trickier transitions and a stronger tonal range. Reingold dominates on bass throughout, offering appropriately dizzying momentum to keep things grounded. Meanwhile, the piercing keyboard frenzies appeal throughout, while guitarist Luke Machin issues a devilishly awesome guitar solo in the middle. Of course, Travis still peppers the composition with horns and flutes, which is always a nice touch. In contrast, “Aftereugene” is far more sparse and organic, with tribal flutes and acoustic guitar flourishes breathing life into the sparse atmosphere. It evolves smoothly, allowing the rhythm section to evolve as the whole arrangement grows from restrained to a level of jazzy chaos similar to something from King Crimson’s Larks Tongues in Aspic or The Mars Volta’s Frances the Mute.

Just about every progressive rock album has its epic suite, and A Spark in the Aether is no different, with the twenty-one minute “The Celluloid Road” serving as its centerpiece. It starts off with an amalgam of chimes, syncopation, and some nice electric guitar lines; soon after, Tillison chimes in with his trademark matter-of-fact delivery. He’s known for tongue-in-cheek social commentary, and this track is no exception, with a subtly scathing critique of Hollywood. Lyrics like “Bruce Willis has the airport locked down and Hollywood superstars are running the town. Peter Parker writes it all in free press while his editor puts him under serious duress.” Behind him, the music becomes tenser while remaining welcoming. Midway through the track, the sort of stylistic American emulation that also permeates the discographies of Beardfish and The Flower Kings provides a nice change of pace, although it’s not a drastic deviation. After a few minutes of dialogue and nearly inaudible instrumentation, things pick up again when police sirens chase a hurried beat.  The rest of the music is complementary upbeat and fun, with Tillison asking, “America, did we get it right?” By the end, “The Celluloid Road” feels a bit too drawn out for its length, but it’s still very striking on a technical and aesthetic level.

A Spark in the Aether concludes with the second part of the title track, which naturally reprises the main chorus for its thunderous finale. Prior to that, though, it includes some emotive piano playing at the start, as well as more tasteful saxophone leads and fiery guitar licks. Really, the first three-fourths of the duration is an instrumental build-up to the conceptual continuity payoff, but it’s well done and beautifully orchestrated, with a flurry of colorful timbres and rhythmic shifts that keep listeners on the edge of their seats. Like the album as a whole, this selection suffices and intrigues without challenging expectations.

Overall, A Spark in the Aether is a predictable yet pleasing Tangent adventure, plain and simple. Tillison and crew many be going for one or two (get it?) new techniques here and there, but for the most part the music here sounds a lot like what they’ve done before, which can be either good or bad depending on your perspective. There’s no doubt that The Tangent produces some of the most vivacious, inviting, and complicated work in the genre, but as usual, the songwriting takes a back seat to the spectacle and production. The end result is a collection that’s undeniably wonderful in the moment but lacking when it comes to leaving an imperative impression in one’s memory.