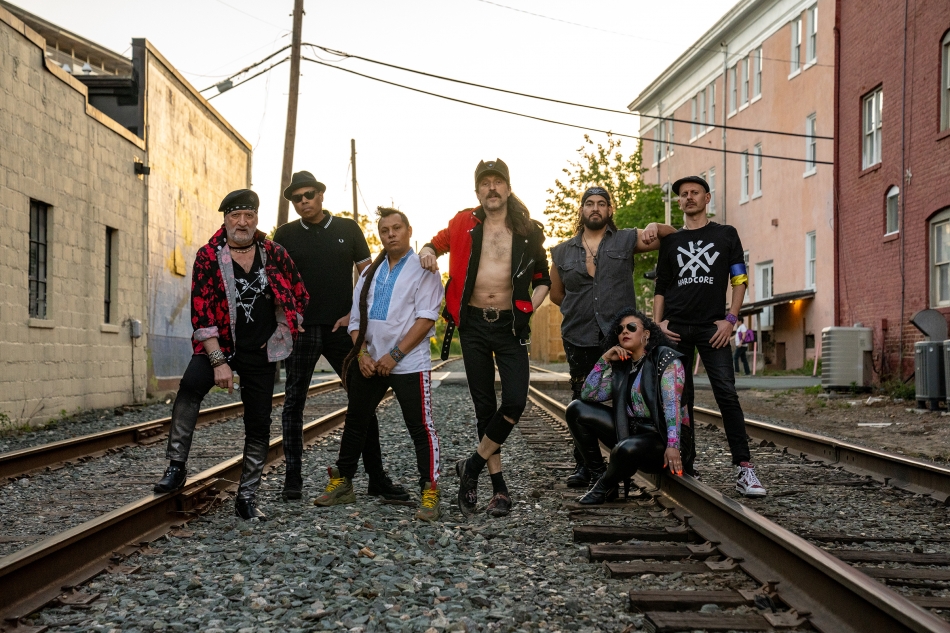 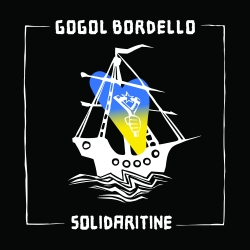 Gypsy punk rockers Gogol Bordello are back with a collection of tracks showcasing their roots in the punk scene.

Gogol Bordello are no strangers to the punk rock world that has so fully embraced the gypsy punkers as one of their own. This new collection of tracks the band has been sure to note is not an extension of their previous album Seekers & Finders but instead is new material that showcases the bands more raucous punk side. Formed in 1999, Gogol Bordello took their style of Eastern European-influenced gypsy punk and lit the underground New York City scene on fire. The band puts on a very unique show that is loved by audiences worldwide and you don’t stick around for 20 years or more if you aren’t doing something amazing. On this new record covering tracks by bands like Fugazi and Bad Brains, Gogol Bordello show why the punk scene has embraced a band that is sometimes closer to polka than punk. Their new single "Focus Coin" embraces the punk spirit that fueled Eugene's creativity streak throughout SOLIDARITINE which Eugene explains, "The quality of your ability to focus defines everything in your life and that’s exactly what the first single, 'Focus Coin' is about. Your focus is the hardest currency there is."“Forces of Victory” which features award-winning Ukrainian poet and novelist Serhiy Zhadan and electrofolk band Kazka, explodes with dizzying acoustic guitars and violin, charging forward at lightspeed before crashing into an uplifting verse kickstarted by fits of electric guitar. “It’s a very extreme hardcore number, but here’s the mystical part of it,” he observes. “It originally appeared on Super Taranta! [Gogol Bordello’s classic 4th studio album] When we recorded the first version of it, a lot of things were unintentionally empty. Entire chunks of the song are instrumental. This year, the words came to me in like five seconds for those parts, and they were distinctly about dignity, integrity, and resilience. The righteous cause of Ukraine is undeniable.”

It’s unique that a band that has been around since 1999 has such a passion for their art and with time have not grown mellower with age, only more vivacious. With a renewed spark the band following the 2022 Russian invasion of Ukraine, Hütz released a video on social media condemning the Russian invasion, and has remained vocal about raising relief funds for the victims of the invasion. In this day and age it’s rare that punk rock isn’t just a surface attitude but is actually entrenched in true rebellion. That comes through on this collection of songs and it’s great to hear. Another very cool fact about this collection of songs is Walter Schreifels of Quicksand & Rival Schools produces which adds a great edge to the recordings. The whole thing drops on September 16th with vinyl coming in 2023.

Nov 13 The Commodore BallroomVancouver, BC