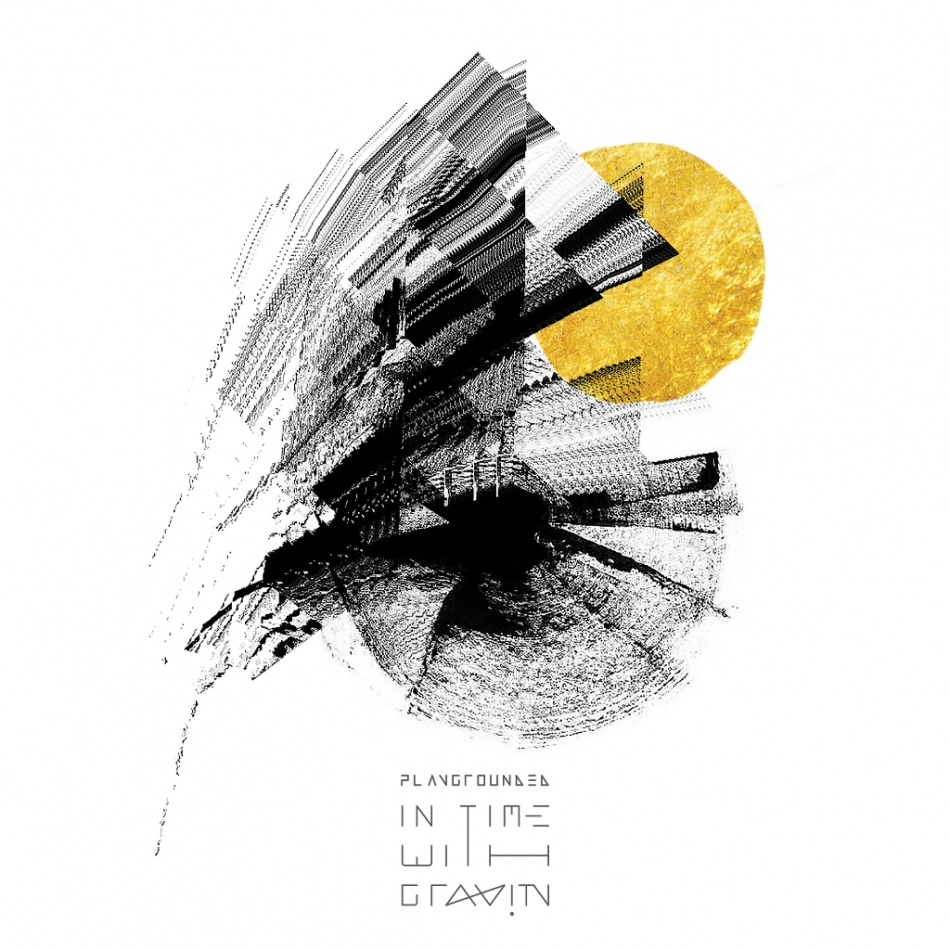 In Time with Gravity cover 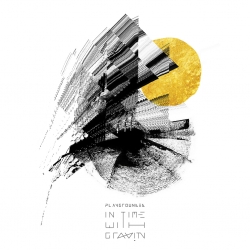 In Time with Gravity is best experienced in one go, from start to finish, so that you can lose yourself entirely in its austere splendor.

Celebrating their 10th anniversary this year, Greek quintet (now based in Rotterdam) Playgrounded properly infused influences like Karnivool, Tool, and Katatonia into their refreshing debut LP, 2013’s Athens (which acted as “a testimony of a country and its youth in crisis”). On their follow-up, In Time with Gravity, the band effectively maintains its identity while veering towards a more ambient/electronic core; likewise, they continue to implement social commentary and philosophy (revolving around “the existential questions of Albert Camus’ The Stanger and the dark clouds gathering around the post-modern world”). All in all, it’s a very evocative, captivating, and poised sequence that flows with a heightened sense of singular seamlessness.

“Crossing” kicks off the record with calming ominousness, as an irregular drumbeat contrasts a malevolent bass loop and synth coatings. Soon after, vocalist Stavros Markonis begins issuing faint yet imposing phrases that eventual culminating in emotive harmonies; combined, these elements immediately recall the bleak and foreboding industrial hypnosis of acts like Lunatic Soul and Gravitysays_i. As it builds, guitarist Michael Kotsirakis adds layers both subtle and dominant, resulting in a remarkably entrancing musical nightmare that sets the stage well for what the rest of In Time with Gravity will provide.

Afterward, “Mute” proves to be a bit dreamier, with Markonis’ laments matching steady rhythms and gentle guitar arpeggios, whereas the initial keyboard tones of “Waves” set a heartbreaking foundation on which gruffer instrumentation rest. In particular, Kotsirakis and drummer Giorgos Pouliasis seem to play with a shared mind, never failing to complement each other. The angelic backing chants that adorn the somber middle section are a nice touch, too.

Naturally, the title track serves as a sort of centerpiece, offering a slightly poppier persona with a keen emphasis on lead vocals, complex percussion, and various programmed sounds. Considering how many changes it goes through—from quiet introspection to a whirlwind of industrial madness and back again—it’s easily among the most adventurous and dynamically rich bits on In Time with Gravity. “Rotterdam” is a more urgent composition in every way, with a brisk tempo and dizzying effects creating a piercing air of panic and rebellion.

The record concludes with a three-part piece, “The Stranger.” As you’d expect, the initial chapter, “Funeral,” is a moving voyage that begins with sinister static before transitioning into an atmospheric and moody ode highlighted by an especially arresting performance from Markonis, as well as a ceaselessly entrancing arrangement from the rest of the players. “Killing,” on the other hand, is far more gorgeously somber, with affective tones battling chaotic rhythms as it alternates between soft and heavy passages; as a result, it’s likely the most accessible and poignant entry yet. As for closer “Verdict,” it carries the previous vibe while conveying a sense of tragic conclusiveness. Bassist Odisseas Zafeiriou does an especially nice job of leading the way as well, and the final measures bear a chilling gravity that stays with you.

In Time with Gravity is a stellar sophomore effort from Playgrounded because it feels connected to its predecessor while also evolving beyond it in terms of ideas, scope, and sounds. True, much of it feels alike, but considering how weighty its themes and compositions are, that’s most likely an intentional means through which to craft a guided auditory journey (rather than a mere collection of songs). As such, the LP is best experienced in one go, from start to finish, so that you can lose yourself entirely in its austere splendor.