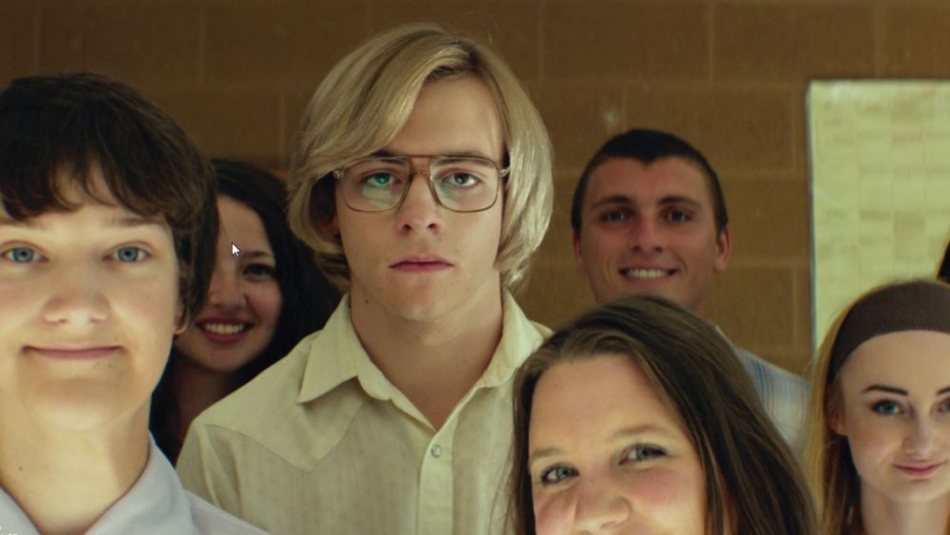 Based off the graphic novel by Jeffrey Dahmer’s high school classmate, John “Derf” Backderf, Marc Meyers’ film My Friend Dahmer retells the serial killer’s senior year of high school and the events that took place prior to his first murder. Graduating class of ‘78 in small town Ohio, Jeffrey Dahmer (Ross Lynch)’s home life is often tumultuous, his teachers could care less whether he passes or fails his classes, and his group of “friends” tend to use him for their own amusement. Spiraling further into apathy and using alcohol as a crutch to deal with his surroundings, My Friend Dahmer outlines the struggles of a detached young man, not in the form of begging for sympathy but rather presenting the budding symptoms of a troubled psyche that is still in its essence inherently human.

Offering an intimate look into Dahmer’s home life, both Joyce (Anne Heche) and Lionel Dahmer (Dallas Roberts) function erratically both individually and as a couple. Lionel is frequently away from home in his chemistry lab, slaving away at work or otherwise forcefully and awkwardly attempting to convince Jeffrey to socialize and get out of the house rather than stay cooped up in his room or obsessing over chemicals in his backyard shack. Joyce is constantly argumentative and critical, consuming pills and giving in to bouts of anger and depression. With both parents physically and emotionally absent, rarely supporting their son or showing him some (if any) affection, it’s no wonder that the most positive emotion we see radiating from Dahmer throughout the whole film is when he relays memories from his overnight school field trip, a brief respite away from his family.

Jeffrey’s demeanor remains consistently flat and atonal, often coasting by or rendering himself near invisible in social situations. He resists confrontation with the bullies at his school, preferring the comfort of isolation to parties and after school extracurricular activities. Only when Derf (Alex Wolff) mentions starting a Jeffrey Dahmer fan-club, encouraging Dahmer’s spastic antics and behavior in the school hallways and grocery stores does he begin to come out of his shell a little. The film is dramatized slightly to represent the growth and decline of his few friendships, their initial tendency to engage in silly antics along with him, followed by their antagonizing requests to alienate Dahmer once again. More often than not, Dahmer presents himself as a functioning, if awkward, adolescent rather than an intense and obvious burgeoning serial killer. Yet when it comes to his obsessions with bodies, bones and road kill, there’s little filter that comes between his internal and external thoughts. While in retrospect it may be an easy solution to tie these clues together and paint a portrait of someone much more sinister and in need of help, Meyers isn’t looking to offer easy or obvious solutions or pinpoint a specific experience that led Dahmer to the point of no return. As true as My Friend Dahmer remains to the graphic novel, Meyers’ film unfortunately loses many of the nuances that are illustrated in Backderf’s art, also well worth a read for its stunning and often haunting depictions in and of itself of the years leading up to Dahmer’s first murder.