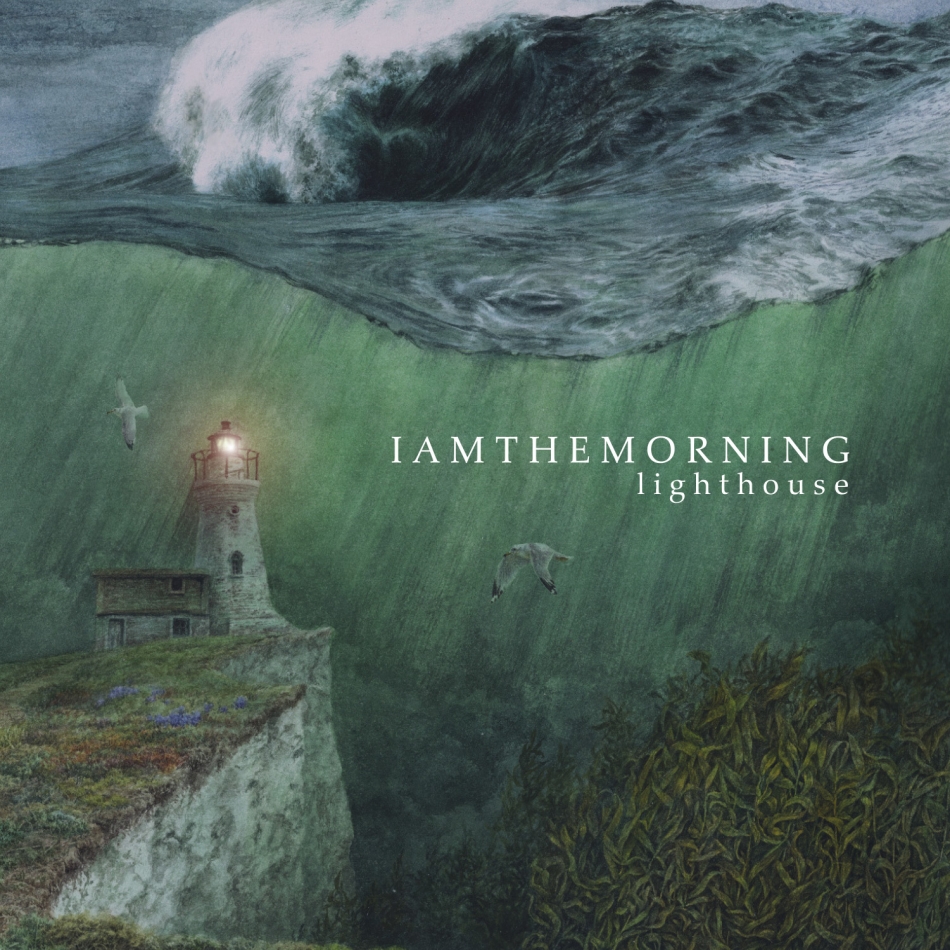 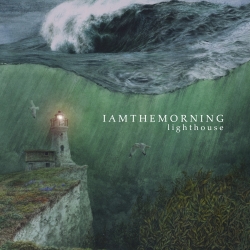 ‘Lighthouse’ reflects the human condition with stunning accuracy both lyrically and musically, making it a timeless work of art.

Progressive rock is often dismissed as merely self-indulgent complexity and duration for the sake of showing off. While that’s certainly a fair claim for some of its artists, there’s no denying that the genre has also spawned plenty of evocatively beautiful and earnest music over the last few decades. Be it ‘70s gems like King Crimson’s “Epitaph” and Genesis’ “Hairless Heart,” or compositions by newer artists like Nosound, Anathema, Gazpacho, and of course, Steven Wilson, progressive rock is, more often than not, just as focused on storytelling and melody as it is on intricacy and theatrics. On its latest release, Lighthouse, Russian duo iamthemorning once again proves this proclivity exceptionally. Overflowing with luscious arrangements, angelic vocals, and penetrating emotion, it’s a consistently awe-inspiring collection.

iamthemorning formed in 2010 and is still comprised of pianist Gleb Kolyadin and singer Marjana Semkina. Prior to Lighthouse, the pair released two studio efforts: ~ (self-released, 2012) and Benighted (Kscope, 2014).  Aptly described in its press release as “a rich and eclectic album with echoes of classical music, the Canterbury scene, northern folk, jazz and electronic sounds,” the record follows a central character through “[the] progression of mental illness . . . her attempts to fight it, and temporal remission leading to a final breakdown.” Unsurprisingly, the band cites the works of Sylvia Plath and Virginia Woolf as inspirations. In addition, the duo enlisted the aid of three notable progressive rock musicians--drummer Gavin Harrison (Porcupine Tree, King Crimson), bassist Colin Edwin (Porcupine Tree, Ex-Wise Heads), and vocalist/bassist Mariusz Duda (Riverside, Lunatic Soul)— to create an enthralling yet troubling sequence whose instrumentation and harmonies act as brushstrokes on a miraculous aural painting.

Within the first few moments of opener “I Came Before the Water (Pt. I)” (which consists mostly of mournful pleas over rainfall and strings), it’s clear that Semkina ranks alongside greats like Lee Douglas (Anathema) and Anneke van Giersbergen (Ayreon, ex-The Gathering) as one of the best female singers in the field. Her high-pitched yet silky smooth desperation is exquisite, complementing the gentle poignancy of the backing music with operatic fragility. It also segues subtly into the first full-bodied piece, “Too Many Years,” whose central piano motif and disorienting rhythm are wonderfully hypnotic. It builds brilliantly, too, as various classical timbres gracefully cascade over ever-changing landscapes that always return home. The way its final crescendo cuts to silence without warning will leave you speechless.

“Clear Clearer” is more mysterious and straightforward, with engrossing melodies and syncopation over collaged instrumentation (which evokes Duda’s fantastic Lunatic Soul compositions), while “Sleeping Pills” is a somber piano ballad bursting with heavenly harmonies and tribal percussion. It’s easily one of the most gorgeous pieces on Lighthouse. “Libretto Horror” comes next and is more robust and lively in its organization, yet there’s surely a sinister edge to its every detail. Like most of the tracks here, it requires several listens to really grasp all that’s going on.

Acting as a centerpiece of sorts, the title track is fittingly mesmerizing; in fact, it’ll probably be a favorite track for many listeners. Admittedly, it’s a slow burn, as it takes several minutes to evolve past its initial combination of ethereal singing and temperamental piano work. Once the hook of the song is introduced, though (literally halfway through), one can’t help but get sucked in. Kolyadin moves around Semkina’s words with impeccable sophistication, and eventually more instruments come in to enrich the sentiments. The most striking aspect, however, is the way her delicate counterpoints dance around Duda’s powerful lower lead. As one of the best male vocalists in the field, Duda always delivers his lyrics with commanding tenderness, and the way he and Semkina balance each other, coupled with the surrounding musical foundation, makes for the greatest section on the entire LP.

“Harmony” introduces the second half of the record with a playful yet dramatic instrumental; in a way, it’s like a classically inspired take on classic Camel, with vibrant textures and riveting patterns. Next, “Matches” recalls the passion and intricacy of Tori Amos’ earliest records (which makes sense since Lighthouse was mixed by Marcel van Limbeek), while “Belighted” more or less acts as a spiritual sibling to “Sleeping Pills.” The album’s first single, “Chalk and Coal,” is antagonistic and direct, with horns and ominous voiceovers adding a lot of personality and intrigue. Also, Edwin really stands out here since his bassline keeps the momentum going with his trademark methodical bounciness.

In comparison to its predecessor, “I Came Before the Water (Pt. II)” follows an almost reverse approach: it begins with lone vocals before incorporating luscious orchestration and ending with rainfall. Even so, it’s not especially different from its counterpart, yet it concludes the story with strong conceptual continuity by casting a full-circle sense of closure. Along the same lines, “Post Scriptum” acts as an instrumental epilogue. It puts a slightly jazzy coating over the established classical piano basis, all while Semkina hums the “I Came Before the Water” melody. Actually, it’s quite evocative of Opeth’s “Epilogue” (which concluded its third LP, 1998’s My Arms Your Hearse), as both revel in harrowing splendor.

Aside from being iamthemorning’s best record to date, Lighthouse stands as a testament to how affective, ambitious, and universal music can be. Semkina gives a heartbreaking performance, conveying devastating elegance with every word, while Kolyadin never fails to construct passages that, whether grandiose or restrained, accentuate her full emotional weight. Beyond them, the additional instrumentation is astounding, as it works within perfectly placed dynamic shifts to keep listeners enthralled. Lighthouse reflects the human condition with stunning accuracy both lyrically and musically, making it a timeless work of art.

Bottled Out of Eden