Bottled Out of Eden 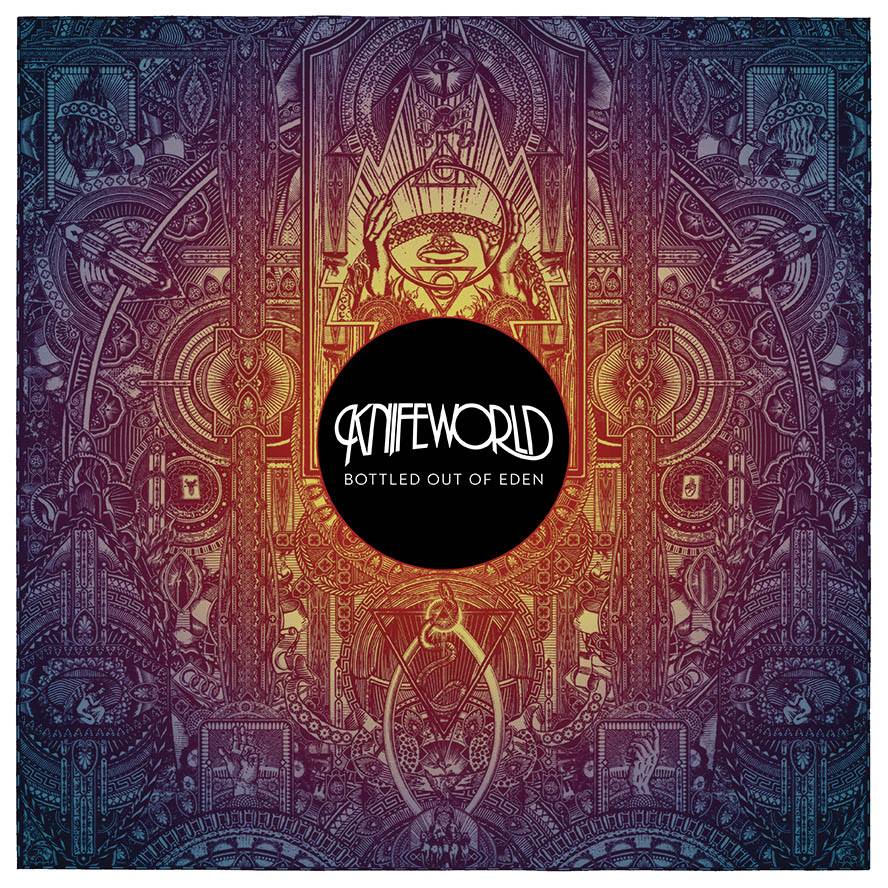 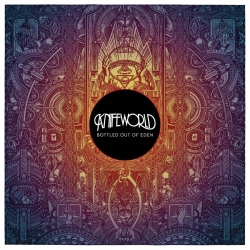 Beyond its astounding technicality and seamlessly boisterous flow, ‘Bottled Out of Eden’ symbolizes the kind of bold fearlessness and elated freedom music should always have.

Fronted and founded by Kavus Torabi (Gong, Cardiacs, Chrome Hoof), English octet Knifeworld is surely among the most delightfully flamboyant, elaborate, and idiosyncratic acts of its era. Fusing “delirious psychedelic pop” with jazz, chamber music, progressive rock, and various other styles, the band evokes the wacky feel, melodic allure, and/or technical prowess of Diablo Swing Orchestra, Frank Zappa, Syd Barrett, XTC, Phideaux, and King Crimson into a magnificently enjoyable concoction. Thankfully, their latest effort, Bottled Out of Eden, maintains everything that makes Knifeworld such a unique and beloved band. Warmer and somewhat more accessible than its brilliant predecessor, The Unravelling (which topped many progressive rock ‘Best of’ lists at the end of 2014), it’s another thrilling, joyful, and intricate adventure through colorful timbres, catchy hooks, and creative arrangements. With it, Knifeworld once again demonstrates how imaginative and skillful modern music should be.

If The Unravelling was Knifeworld’s The Dark Side of the Moon, Bottled Out of Eden is its Wish You Were Here, as it forgoes a bit of its precursor’s manic unpredictability for a faintly more streamlined and reserved approach. Of course, the work is still bursting with engrossing tempo shifts and inventive instrumental changes, but it’s a bit easier to digest overall. None of this was accidental, either, as Torabi and company deliberately aimed for a marginally different vibe here. Specifically, he says that while he loves The Unravelling, “it was a very difficult record to make. Rather than spending so long in the studio, constructing, arranging, recording, re-recording and adding layers of additional instruments and noises, this time round we wanted something rawer, more live sounding . . .”

As for its title, he admits that it “has three possible interpretations and all the songs fall under at least one of them . . . . [it’s] the idea of a self-made Heaven or a self-imposed Hell, that agony or ecstasy are often a choice . . . . I wanted the album to be as much about that, a celebration of this all too fleeting life, as it is a reflection on death and its impact on everyone that is left behind.” No matter if it’s dealing with melancholic reflections or optimistic flourishes, Bottled Out of Eden never loses any of its animated and captivating magic.

The LP’s first (and likely strongest) track, “High/Aflame,” is a magnificent way to start things off. It begins with psychedelic effects as Torabi issues prophetic declarations in a manner similar to the way he introduced “The Skulls We Buried Have Regrown Their Eyes” (from The Unravelling). From there, a surge of horns, drums, bells, and more noises join him before leveling off for the second verse. Eventually, the arrangement kicks in full force, yielding a rhythmically challenging yet utterly infectious explosion of playful timbres, male/female harmonies, and zany theatrics. It’s an incredibly vigorous, ambitious, and, well, fun celebration, with a charming bridge adding to the already lovely assortment of melodies. (Obviously, Torabi’s inimitable vocals fit in perfectly, too.) Honestly, it’s one of the best album openers I’ve ever heard.

“The Germ Inside” is equally frantic at times, but with stronger underlying pathos and a more straightforward trajectory. Still, there are some truly virtuosic patterns going on underneath the surface. Taking a slightly slower and sparser approach in spots, “I Am Lost” is part orchestral ballad and part harsh chamber rock freak out. As with the entire record, though, one can never predict where it’s going next, and the sheer amount of creativity flowing through each moment is remarkable.  Vocalist[s] Melanie Woods and/or Chloe Herington steal the spotlight, too, with some wild uproars.

The shortest track here (aside from the thirty second “Vision of the Bent Path” that follows), “Foul Temple” is bittersweet and organic, with a blend of horns, acoustic guitar, poignant singing, and various percussion techniques culminating in a gorgeous and heartfelt ode. Naturally, it also provides some appreciable breathing room in-between the luscious madness. Further on, “Lowered Into Necromancy” contains some of the most striking dynamic shifts and textural juxtapositions here, as acoustic guitar arpeggios match with handclaps, horns, and shimmering cymbals. In addition, Torabi has rarely sounded more quirk yet endearing.

The full-length winds down with “A Dream About a Dream,” another full-bodied excursion jolting with invigorating structures and warm tones. Conversely, “Secret Words” is a brief duet highlighted by powerful guitar strums, while “Feel the Sorcery” concludes the sequence with some really eccentric sounds and festive atmospheres. Of course, it’s also deceptively complex, with the kind of interlocking musicianship that made Gentle Giant so extraordinary. Lastly, its most crucial line—“All the magic, all the loss / How could we break the spell? / I can’t believe we walked right out of Eden / Onto Hell”—directly connects to the title of the album, so it feels like a proper finale.

Like its predecessors, Bottled Out of Eden is a wonderfully absorbing sonic journey. It preserves its madcap frenzy for most part, only alleviating it momentarily to focus more on serious themes and heartfelt hooks. Together, these elements ensure that there isn’t a dull second during the entire duration. While this album doesn’t necessarily surpass The Unravelling, it’s at least on par with it, so either one could be a contender for Knifeworld’s best effort. Beyond its astounding technicality and seamlessly boisterous flow, though, Bottled Out of Eden symbolizes the kind of bold fearlessness and elated freedom music should always have.