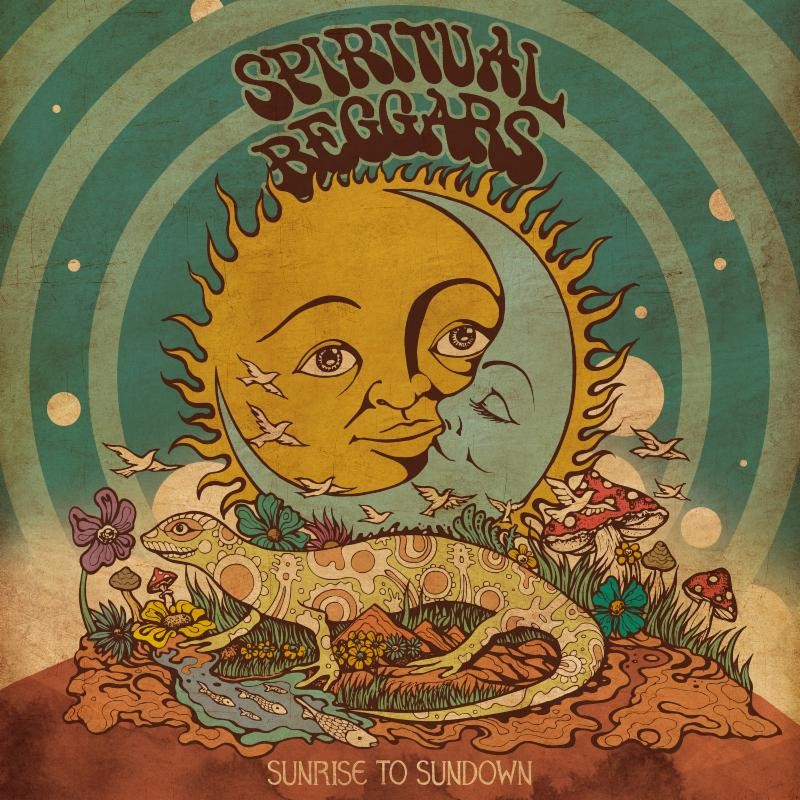 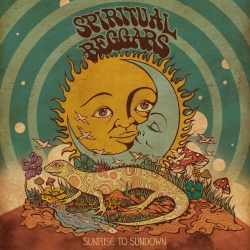 The joy of ‘Sunrise to Sundown’ isn’t in any kind of substantial uniqueness; rather, it’s the way Spiritual Beggars fuses early hard rock and metal inspirations into a wonderfully explosive, vibrant, and consistent treat.

I’ll put this bluntly: Sunrise to Sundown, the ninth studio record from Swedish hard rock/stoner metal quintet Spiritual Beggars, is far more consistent, exhilarating, and powerful than you might expect (considering that the band’s eponymous debut arrived over twenty years ago). Still led by founding guitarist Michael Amott (Arch Enemy) and original drummer Ludwig Witt, the group continues to balance masterfully its own characteristic flair with inarguably strong evocations of stylistic pioneers like Black Sabbath, Deep Purple, and Rainbow. In other words, while Sunrise to Sundown certainly doesn’t offer a particularly novel sound, it does reign as one of the best modern records of its kind.

Aside from Amott and Witt, the longest standing member of Spiritual Beggars is keyboardist Per Wiberg, who’s played an equally integral part in beloved records by fellow Swedish icons Opeth and Candlemass. Unsurprisingly, Amott reflects that Sunrise to Sundown was written “here and there over the last couple of years when our schedules have allowed us to meet up and spend a few days jamming [sic].” Also, just about everyone in the band added to the writing process; in fact, Amott acknowledges that Witt’s two tracks were “his first major contributions to the band as a writer . . .” As for the record’s production, it was “tracked live off the floor,” and Amott champions the way it, like Spiritual Beggars previous albums, “has . . . its own vibe and atmosphere. I can honestly say this band has never made the same album twice . . . . the foundation of our style is heavy rock music, but we always keep evolving [by] adding new influences and colours . . .” Indeed, there’s an intense and luscious animation to both the timbres and performances here.

The title track starts things off fiercely, with razor-sharp guitar riffs, tight percussion, and soaring vocals (courtesy of relatively newcomer Apollo Papathanasio, whose harsh thickness evokes the abrasive fury of Dave Grohl, Russell Allen, and of course, Ian Gillan). It’s a fairly straightforward rocker overall, with a killer guitar solo and one of the record’s most infectious choruses. Appropriately, “Diamond Under Pressure” (which was initially an instrumental) bursts in next with gothic keyboard panic and a slightly more spacey aesthetic. It’s not as instantly engrossing as its predecessor, but its attention to retro detail is highly commendable nonetheless.

Another standout comes a bit later on, with the toweringly dense “Still Hunter.” Its dynamic shifts (such as oscillating guitar riffs and vocals over steady drum beats) are textbook arena rock, yet they definitely work within the context of its gripping momentum. Likewise, “No Man’s Land” offers one of the most striking contrasts on Sunrise to Sundown, as fragile piano chords and beautiful orchestration yield a middle section that channels Ayreon more than it does, say, Van Halen or Uriah Heep. In contrast, “I Turn the Stone” is catastrophic and epic, with distressed singing, foreboding syncopation, ominous synths, and miscellaneous outcries building a sense of danger akin to Queensrÿche’s seminal Operation: Mindcrime. It’s a highlight for sure.

Fortunately, Sunrise to Sundown winds down with some of its strongest material, such as the groove-centric “Lonely Freedom.” It’s here that Spiritual Beggars wears its stoner badge the most, as it recalls the kind of hypnotic rhythms that make bands like Queens of the Stone Age shine. Thankfully, the final song, “Southern Star,” stands as a suitable way to go out, too, with a slower and bluesier vibe truly harkening back to the occult mystery of early ‘70s genre greats. The way Wiberg’s piano movement chimes in suddenly to set off the track’s triumphant second half is subtle but impactful.

Again, the joy of Sunrise to Sundown isn’t in any kind of substantial uniqueness; rather, it’s the way Spiritual Beggars fuses early hard rock and metal inspirations into a wonderfully explosive, vibrant, and consistent treat. Furthermore, their focus on blunt heaviness over eccentric intricacy sets them apart from similar progressive rock bands like Bigelf, Mondo Drag, and (at times), Beardfish (so, in a way, Spiritual Beggars stands alone). All in all, Sunrise to Sundown is a truly great achievement, and any fan of the style should seek it out ASAP.