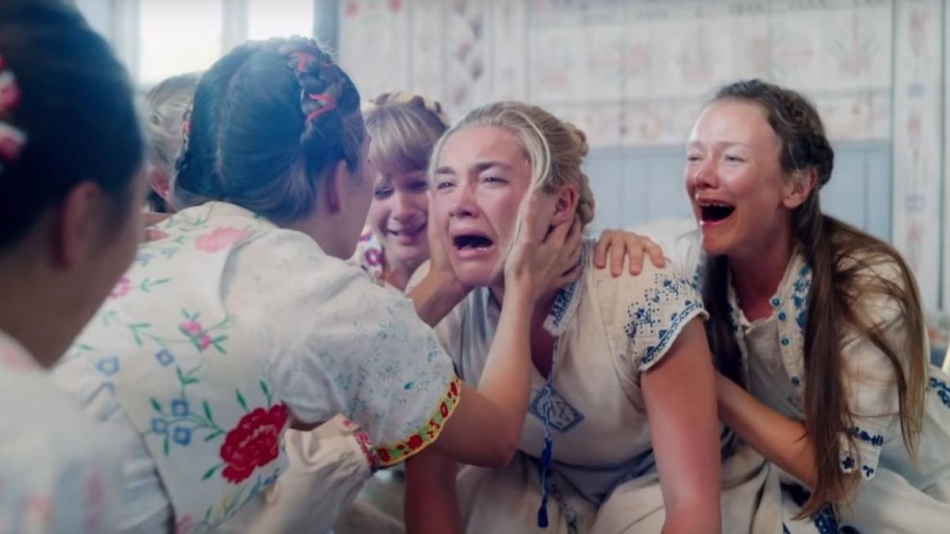 The sophomore follow up to Hereditary, director Ari Aster continues in line with familiar psychological trauma and transitions from the supernatural into religious horror with Midsommar. Dani (played by Florence Pugh) surrenders to her boyfriend Christian (Jack Reynor) after an emotionally-laden and devastating loss of her bi-polar sister and parents. Despite their obviously stilted relationship, Christian invites her on a pre-planned vacation with three of his close graduate friends, including Swedish native Pelle (Vilhelm Blomgren), to attend a nine day midsummer festival held once every ninety years in a small, rural village. After an initiation that involves tripping on psychedelic mushrooms, nothing is what it seems. The customs of the locals are vastly incomprehensible to everyone outside their commune, and continues to delve further into bizarre and outlandish territory in the film’s near two and a half hour run time.

On the surface, Midsommar’s tense atmosphere stems from its juxtaposed visual tranquility paired with unsettling anxiety. With the entirety of the cult’s members dressed in white garb, unyielding in their serene disposition and calm exterior, there lies a constant threat of unease between the commune and their visitors. The horrors that take place don’t rely on creeping out from the shadows at night, instead set and unconcealed in Hårga’s beautiful and pristine countryside where the sun never seems to set. Continuously drinking and consuming concoctions that have a way of distorting the characters’ realities, the viewer never quite knows what’s real and what isn’t as Dani’s dreams and visions leave an ambiguous and dreaded, murky haze as to what’s really taking place in the village. Coupled with stunning cinematography, Aster excels at creating tension that resides and lingers under your skin.

Having recently mourned the death of her immediate family, Dani’s trip with her boyfriend as a means to step away from her trauma instead causes her to face her isolation and heartache at full force. Described by Aster as a film spurred on by a past break up, Midsommar unfortunately bypasses any subtle and psychologically intimate explorations of anguish and development of character and instead spears its focus at shock value and an off-kilter nature full of haphazard ideas. The implications of vast cultural differences, the fear and suffering that comes with the inevitable demise of a relationship and the controlling nature of cults are all considered yet become overwhelmed and are left hanging by the desire to reach hysterical climaxes. The dialogue often becomes awkward and laughable as the clueless Americans plot their anthropology thesis on the rituals and lifestyle of the small Swedish group and the film’s outlandish and often predictable scenarios continue to devolve. While eerie and successfully provoking tension once arriving to their European destination, those that decide to pry further beyond its moody ambience realize there’s not much of substance left to hold the film up long after its hallucinatory trip has subsided. 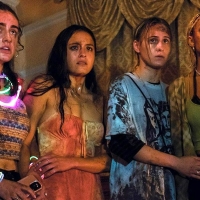 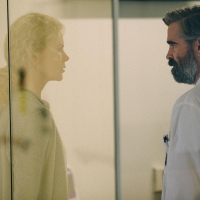 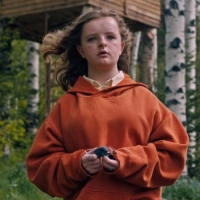