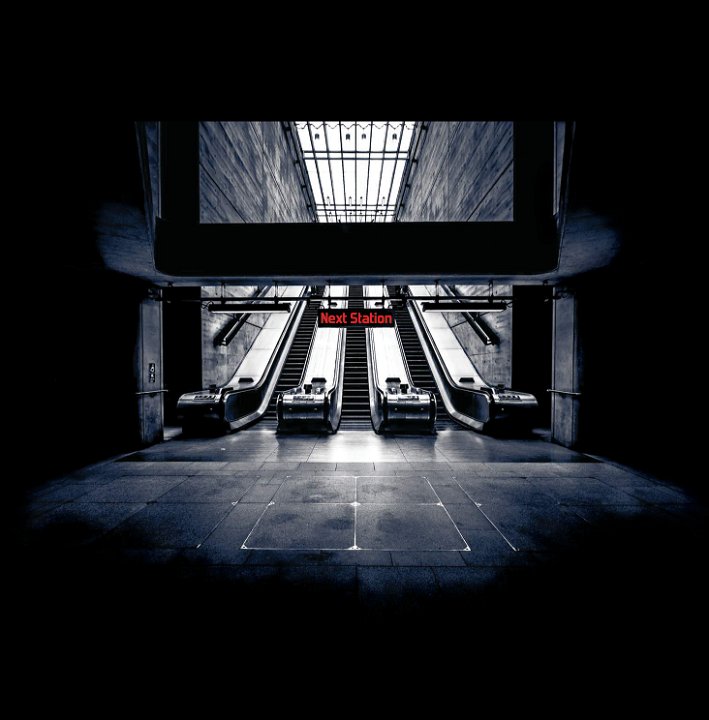 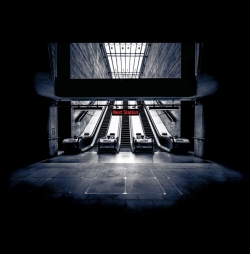 Next Station is a triumphant second outing for De Angelis, as its fusion of moving lyrics, beguiling melodies (sung by a diverse cast), and perpetually sundry and riveting scores make for nonstop vibrant immersion.

Four years ago, Italian multi-instrumentalist Marco De Angelis proved himself quite a talented composer and musician with his first solo album, The River - Both Sides of the Story. Following in the genre tradition of having several guest vocalists help bring his vision to life, De Angelis earned a lot of deserved acclaim and attention for it, which is why it’s not surprising that his sophomore effort, Next Station, finds him upping the ante in every way to yield an even better result. In fact, beyond being very impressive in its own right, the LP is a great demonstration of how the most worthwhile modern progressive rock often comes from very humble yet capable and inventive DIY places.

De Angelis has been involved with music since he was a child and currently shines on guitar, bass, keyboards, and even Chapman Stick. Aside from that, he has a long history has a freelance sound engineer and producer throughout Italy, Latin America, and the UK. While his first disc featured exceptional players, they were relatively unknown in the grander scope of the genre; fortunately, the same cannot be said for the additions on Next Station, who included several singers—Robbie Wyckoff (Roger Waters Band), Nad Sylvan (Steve Hackett Band, Agents of Mercy), and Göran Edman (Karmakanic, Yngwie Malmsteen), Simona Rizzi, and saxophonist Cristiana Polegri—as well as prestigious drummer Cristiano Micalizzi. The result is a ceaselessly engaging, varied, and striking sequence that packs its own charm and personality while also evoking the colorful density of bands like Eloy, Kaipa, Unitopia, PFM, and classic Genesis.

Opener “Freewill” sets the stage well with a demonstrative and oscillating blend of riffs, acoustic arpeggios, syncopation, synths, and other bright textures. Naturally, Sylvan’s charismatic lead tenor and backing harmonies add catchy and alluring coatings; similarly, the arrangement never fails to surround his verses with ever-changing punctuations of resourceful appeal (especially the very dynamic and calmingly spiritual closing portion). Like the rest of the collection, “Freewill” is an especially strong composition in terms of both core songwriting and intricate instrumental flourishes, so it hits both requirements for a standout progressive rock track.

Luckily, the succeeding five tracks fare just as well in their own ways. For instance, “Keep Going” transitions the multilayered splendor of its predecessor into a more robust and symphonic rocker that also incorporates Polgeri’s horns and voice subtly but effectively.  Afterward, the LP’s lengthiest pieces—“A Proggy Night in London” and the title track—make excellent use of their durations by highlighting dreamy and vibrant sparseness amidst their speckled movements. Of course, both get heavy at times as well (especially the vocally varied “Next Station”), yet their greatest feat is their piercing emotionality. As for “Back Again,” it’s a patient and beautiful ballad that evokes latter Pink Floyd with its forceful guitar solo and angelic unity between Wyckoff, Rizzi, and Polegri; along the same lines, closer “Last Train” finds Edman offering an uplifting sense of closure and introspection on top of a modest and serene foundation. It’s a touching and impactful way to end.

Next Station is a triumphant second outing for De Angelis, as its fusion of moving lyrics, beguiling melodies (sung by a diverse cast), and perpetually sundry and riveting scores make for nonstop vibrant immersion. Its sophistication always suits—rather than outshines—its songwriting, too, so there’s always heart and tastefulness during even the most complex passages. Best of all, it channels important influences without ever feeling derivative; on the contrary, it further establishes De Angelis as an original and adroit composer who knows how to get pristine contributions from his guest contributors. Together, they make Next Station irresistible.