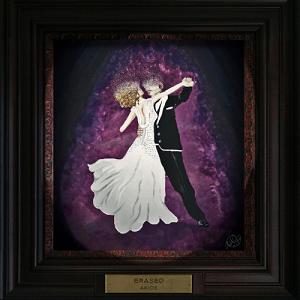 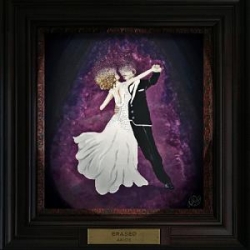 Erased isn’t as varied as it should be texturally or melodically, so a lot of it sounds a bit too similar; that said, those central formulas work very well, so Axios definitely has a strong style at their core.

Citing influences such as Porcupine Tree, Opeth, Dream Theater, and Moon Safari, Illinois progressive rock quintet Axios—vocalist/guitarist Jake Mikolas, keyboardist Ashley Tracey, drummer Kevin Coppola, guitarist Blake Schwarz, and bassist Jake La Bahn—have spent the last two years working tirelessly to ensure that their debut LP, Erased, is a worthy entry into the genre. Thankfully, their efforts have paid off, as the sequence is a markedly accomplished and satisfying listen in every way. It could be more varied overall, but what’s here is quite impressive for an introductory statement and shows a ton of promise for the band going further.

Following a modest yet emotionally effective piano prologue entitled “One’s Lament,” “Pyramid” bursts out with sophisticated drum patterns and overlapping guitar riffs that’s simultaneously metal and punky. What excites most, however, is Mikolas’ histrionic lead vocals; he brings a confident, smooth, and impassioned theatricality that works well with the subtle backing vocals. Fortunately, the chorus is quite catchy as well, as are the more intricate instrumental breaks, which move around the hooks to evoke the prowess of early Coheed and Cambria. It’s a gripping way to start, no doubt.

Afterward, the two-part “Truth in the Lie” piece initially feels like a lost section from Tool’s Lateralus or 10,000 Days (with its bleak tones and rhythms) before acoustic guitar strums bring a bit of warmth to the predominantly fuzzy textures. It transitions into the second chapter well, too, with arpeggios melding into piano chords and light percussion (of course, La Bahn keeps everything moving with colorful reservation beneath the surface). Once again, it’s the inviting harmonies and melodies that stand out most, showcasing how capable their songwriting is behind all of the frantic arrangements (which, to be fair, is an issue many of their peers have, so kudos to them for that alone).

The rest of the sequence is also quite robust for a debut effort. For instance, the lengthy title track is nuanced, dense, and grungy—if not downright nightmarish at times, in a good way—as its interlocked motifs conjure a bit of Between the Buried and Me. (Also, its second section is easily among the most tenderly enticing parts of Erased overall, especially in how it contrasts with what precedes it.) Later, “Don’t Pull Me Down” is equal parts life-affirming ballad and Riverside-esque instrumental jam, and each musician gets a few moments to showcase their mastery. As you’d expect, “Haunted” is among the more hectic and quick entries, with razor-sharp guitar tones combusting alongside fierce rhythms and ethereal effects, giving it a surprisingly impactful gothic scope. Opportunely, “Heavy Sleeper” ends the journey with a lot of gripping emotion and density, including a lovely orchestral coda that reframes the entire record in elegant and poignant splendor before ever so slightly channeling “One’s Lament” as it fades away.

Erased isn’t as varied as it should be texturally or melodically, so a lot of it sounds a bit too similar; that said, those central formulas work very well, so Axios definitely has a strong style at their core. Likewise, the most arresting moments on the album suggest a band far more ambitious, self-assured, and skilled than you might expect (considering that Axios formed in early 2016). If they maintain their strengths while also pushing themselves into more wide-ranging territory, their follow-up LP will surely be an even more commanding declaration.