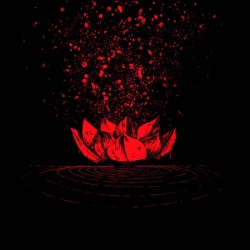 Oresteia is an enveloping triumph for Lotus Thief. By pushing themselves into even wider and classier avenues, the band simultaneously feels more focused, discerning, investigative, and daring than ever before.

True to their task, Californian avant-garde quintet Lotus Thief ensured that their first two LPs—2014’s Rervm and 2016’s Gramarye—presented “visionary music that incorporate[d] elements of doom and black metal as well as post rock.” Playing more like single statements than collections of assorted tunes, they were exquisitely gruff, serene, and all-around moody records that evoked revered artists like Alcest, Enslaved, and God is an Astronaut. Just as Gramarye represented an expanded line-up and sound compared to its predecessor, the band’s third outing, Oresteia, once again sees them grow in multiple ways. It’s generally their gentlest and most cohesive and cinematic sequence to date, demonstrating a keen level of artistry that’ll please longtime fans while also welcoming newcomers to their worldly worship.

Oresteia breathes inventive dichotomies, not the least of which include a healthy balance of male and female vocals alongside both symphonic respites and abrasive foundations. Conceptually, it’s based on “The House of Atreus” by Greek tragedian Aeschylus and explores several current topics, “ranging from the ethics of killing to gender roles.” Undoubtedly, experiencing it all in one sitting (which is easily done since it’s only thirty-eight minutes in length) is essential to fully appreciate what a powerfully intellectual, dynamic, and stylish opus it is.

Opener “Agamemnon” (named after the son of King Atreus) offers a stunning glimpse into what makes Oresteia stand out. Starting with prophetic narration, it builds gracefully toward sparsely gothic nuance—light percussion, wavering guitar lines, choral chants, and occasional crashes of gruff instrumentation—before achieving splendidly imposing Greek magnificence. Along the way, delicate piano arpeggios and a refreshing contrast of operatic and guttural singing keep it epic and alluring. It’s both ferocious and fragile, and it steadily captures a tasteful sense of ancient drama and urgency.

Gratefully, the remaining major tracks sustain that momentum. For instance, “Libation Bearers” creeps in with highly effective ambient calamity prior to delving into captivatingly heavenly and hellish juxtapositions. Later, “The Furies” takes a slightly more dreamy, electronic, and meditative approach, whereas “Sister in Silence” is mostly a dense and surreal ballad (with subtle orchestration) that feels like a combination of antique folk ode, black metal insurgence, and—as odd as it may be to say—Madonna’s “Frozen.”

Although those pieces do enough to be praiseworthy, it’s the brief atmospheric transitions between them that enhance those contrasts and make the LP feel like a unified journey. Specifically, “Banishment” is like a prolonged cloud of despair and tension that only changes near the end, when a synth ascension leads into “Libation Bearers.” Afterward, “Woe” follows the same path in a lighter way and “Reverence” reduces the swirling textures in favor of subtly wistful and faraway guitar and piano contemplations. In a way, closer “The Kindly Ones” implements those techniques into a more developed song (as if it’s marking the end of a cumulative suite of moody shifts separate from the aforementioned heavier compositions).

Oresteia is an enveloping triumph for Lotus Thief. By pushing themselves into even wider and classier avenues, the band simultaneously feels more focused, discerning, investigative, and daring than ever before. Thus, it’s their most mature, organized, and impactful LP yet, and it should be celebrated for its sophisticated mastery of multi-genre amalgamation and spiritual elegance. 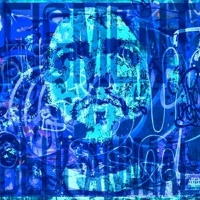