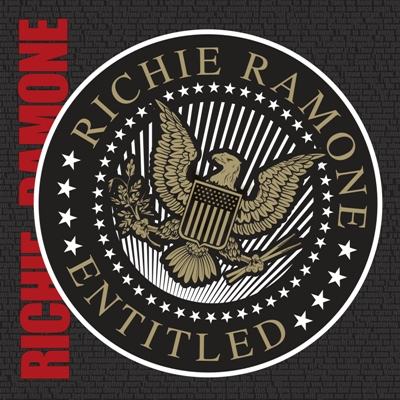 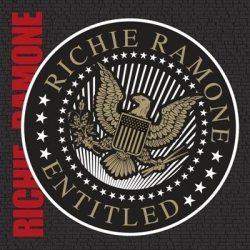 I'm lazy. I procrastinate so much when it comes to writing that I never write anymore. I'd rather wash my clothes at the laundry mat or lovingly pet my kitty rather than sweat to construct a coherent sentence for a noble cause or something I love. It's my curse, my cross to bear. Thankfully my friend, John, the creator of this website forced me to confront my writer's block with scribbling a few lines about the latest from punk rock star, Richie Ramone.


The album is called Entitled and it was released October 8th, 2013, from DC-Jam Records. Upon initial listening it took me back to my early days of loving all things Ramones. Oh surprise, a high school kid totally worshipping the Ramones! Yeah... Richie was on some of my favorite Ramones records: Too Tough to Die (1984), Animal Boy (1986), and Halfway to Sanity (1987). It was a time when the Heavy Metal sound was being incorporated into the Juggernaut of Punk Rock to very mixed results. See Adolescent's "Balboa Fun Zone" (1988) and Suicidal Tendencies' "Join the Army" (1987). Some punks adopted a very ambivalent stance toward this long haired freak shit coming into our scene. Some bands stayed the fuck away from that shit and adopted other genres to incorporate into their sounds, See Social Distortion's "Prison Bound" (1988) and Bad Religion's "Suffer" (1988).

The Ramones during that period chose to beat that Metal into line with their onslaught of great hooks and lyrics. A lot of the thanks go to Richie Ramone who climbed aboard in 1983 after the recording of Subterranean Jungle (1983) and revitalized the band much like CJ Ramone would do later with his bass, song and lyrical talent. Richie brought the Ramones such classics as Somebody Put Something In My Drink, I'm Not Jesus, and Smash You. He wrote, sang leads and did background vocals; he was a indeed a talented addition to the band's arsensal. With 500 Ramones gigs under his studded belt, he abruptly left the band in 1987, after being denied a fair share of the band's t-shirts sales thanks to the actions of that well-documented slave driver of the band, Johnny Ramone.

Flash forward past the lawsuits and decisions, Richie has compiled some of his greatest ditties here on one album. The album starts with Criminal, a loose, Iggy singing-style inspired song that sets the pace and style of the record. Highlights on the album include the title song: Entitled (I hear late-era D-Generation here, Better Than Me (a swinging, dark blues tune with touches of Danzig), Take My Hand (an impassioned doomed love song) and Smash You (a fun nihilistic, sneering punk song that makes you want to punch your nearest loved one just for the fuck of it). Hey that's what Punk's all about, right? Killing what you love.


I hardily recommend this record.

I, Of Helix “Isolation”