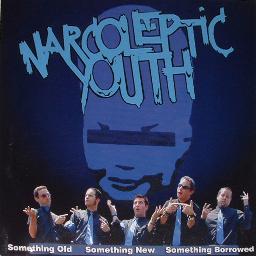 I remember the first time I saw this band was opening up for the Subhumans in San Bernardino. Before that I remember their flyers were always all over the place. I remember them doing a great set, and then at the end the singer said "I've always wanted to do this. We are Narcoleptic Youth, up next is the subhumans!" What was cool about that is that the guy knew he was opening for a legendary band.

What's cool about Narcoleptic Youth is that they really know punk rock. You really see that in Something Old, Something New, Something Borrowed. The first 4 songs are new tracks which are reminiscent of old TSOL, Circle Jerks, Dead Kennedy's, etc... real solid classic punk. The song One More Saki has a cool gang vocal in the chorus.

Then the CD switches to something borrowed by covering Bullet by The Misfits and Ignite by The Damned. Now throwing a cover tune on a CD is risky business. You either got a great track or you fucked up someone's favorite song. I'm happy to say these tracks are cool even for Misfits and Damned fans.

Finally the CD ends with something old, specifically four tracks recorded live at a show in San Bernardino, California (I wonder if it was that same Subhumans show?) This is were the CD really takes off. Live punk rock at breakneck speed. You got the band, the crowd, the problems with the P.A. Everything you would expect at a great gig.

Bottom line, this is a kick ass CD, if you're into old school So. Cal punk (which you should be loser) pick up this CD. 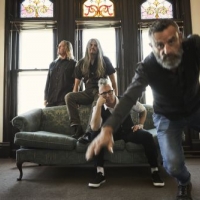