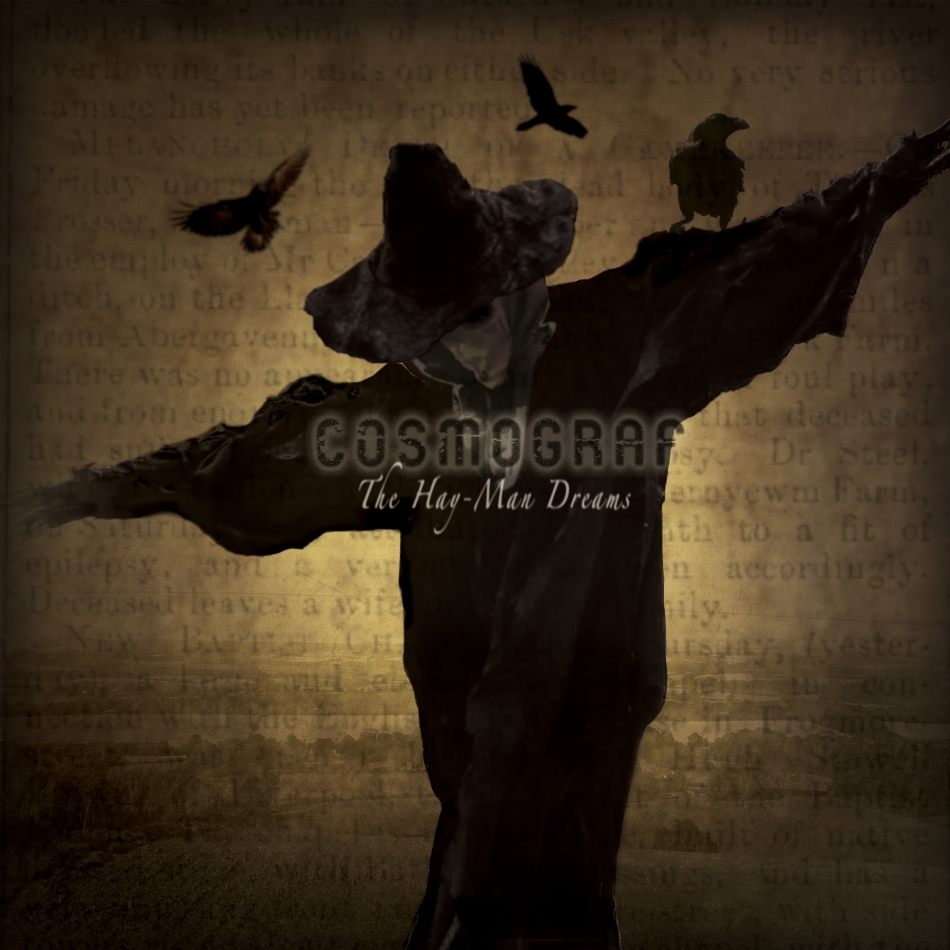 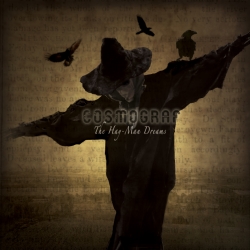 While The Hay-Man Dreams isn’t as perpetually sophisticated, multifarious, and enthralling as the last two Cosmograf LPs, it’s likely even more focused, graceful, and moving.

For the better part of a decade, Robin Armstrong’s Cosmograf has sustained its place as one of the best DIY progressive rock projects around. Already an exceptional vocalist, songwriter, and player, he continuously recruits several admired musicians to bring his visions to life. The same holds true for The Hay-Man Dreams, the sixth Cosmograf outing (and follow-up to last year’s exceptional The Unreasonable Silence). Featuring contributions from guitarist Matt Stevens (The Fierce and the Dead), violinist Rachel Hall (Big Big Train), singer Rachael Hawnt, narrator David Allan, and drummer Kyle Fenton (who replaces longtime percussionist Nick D’Virgilio), the disc marks a significant change of direction from its predecessors, as it feels more akin to the softer and sunnier air of ‘70s folk rock than it does the more intricate, spacey, and keyboard-heavy paths of the past. As such, it’s appealingly recognizable yet renewed, and while it doesn’t equal the excellence of The Unreasonable Silence or Capacitor, it’s a wonderful sequence all the same.

Like earlier releases, The Hay-Man Dreams is a concept record; specifically, it’s “a mythical tale of a farm labourer meeting an early death, and leaving a loving wife and young family. His widow builds a scarecrow effigy as a shrine to her loss, and this ‘Hay-Man’ spends his weather-beaten days in eternity, dreaming beyond his field.” Interestingly, it was inspired by Armstrong’s family history: his “great great grandfather [on his father’s side] was a gamekeeper and farm labourer and died in mysterious circumstances in a ditch at the side of the road. . . . He died a young man and left a large family, and [he] wrote the songs thinking of the trials he had suffered and anger and loss his surviving family must have felt.” Armstrong adds that the full-length touches upon the commonality that familial bonds “of love and commitment to duty, are forged from toil and adversity.”

The aforementioned change in style was no accident, either, as he aimed for a “warm retrospective sound” to “complement the vintage theme.” Refuting the notion that “everything has to be new and original to be good,” he’s comforted by and proud of the ways in which The Hay-Man Dreams harkens back to the classic rock textures of his teenage years; really, “you won’t find a single instrument on the album that wasn’t available in 1973, albeit [with] a lot of the keyboard parts [being] modern simulations of the real thing.” While its marginally more streamlined take may not please everyone, there’s no denying how smoothly and alluringly it flows together. It’s an elaborate and beautifully distressing creation.

Ominous drones and bird calls surround Allan as he recites a poem about the Hay-Man at the start of “Tethered and Bound.” His tenor and words—“The Hay-Man dreams beyond the field / He longs to feel and touch / Condemned to stand and stare and scare / He does not like it much”—immediately give gloomy weight to Armstrong’s theme. The atmosphere soon includes gusts of wind, too, and is sustained until a wistful keyboard melody kicks off percussion, electric guitar chords, and vocals, all of which are purposefully morose and listless. Armstrong even evokes Roger Waters in his high-pitched clamors. Near the end, a waltz rhythm accompanies bouncy bass lines and psychedelic keyboard notes as he offers a new, more antagonistic melody and lyric (“You Buried me here / Then made me of Hay / Tethered and bound / Day after day”) that are quickly matched by powerful backing chants. All in all, it’s a commanding opener whose sparseness in-between the full-bodied sections reveals the retro charisma for which he aimed.

“Trouble in the Forest” begins with a haunting guitar arpeggio that wouldn’t be out of place on a classic Genesis or recent Opeth "observation." Shortly after, standard rock instrumentation, as well as subtle synths and Armstrong harmonizing “la-la-la”’s with himself, adds to a luscious and welcoming, if also mildly anxious, vibe. There’s a poetic ABAB structure to the verses, which adds some charm to the omniscient storytelling, as does another voiceover from Allan. Eventually, Stevens—who’d been providing ambient sounds all along—steals the show with a killer solo that enhances the sensation of underlying tension beneath a jovial exterior.

It’s followed by “The Motorway,” an exquisite entry whose initial Jethro Tull-esque acoustic guitar riff gives birth to an equally catchy bit of songwriting, complete with soaring singing and radiant keyboard fills. Fenton also stands out due to his restraint; rather than pepper the piece with showy fills, he keeps a fittingly simple pace throughout. There’s a quant romanticism to the middle portion, too, which puts the focus on Armstrong’s voice before both he and Hawnt belt out different lines with hard-rock prowess. Likewise, Armstrong closes things with a guitar solo that’s just as impressive as Stevens’.

A chilling piano ballad at heart, “Cut the Corn” is remarkably poignant, with Armstrong attaining an especially classy tenor; while other aspects of The Hay-Man Dreams are debatable in comparison to its precursors, his growth as a vocalist is certain (not that he was ever lacking, of course). Light guitarwork, drumming, and strings adorn the arrangement as it proceeds—including a very tasteful and emotive acoustic guitar solo—and solidifies it as one of Cosmograf’s most touching tracks to date. “Melancholy Death of a Gamekeeper” is rich and reflective, with classic rock guitar lines shining in-between every pensive verse. Fenton’s exciting syncopation, in conjunction with dreamy piano chords and notes, makes it even more tempting. In fact, the song’s concluding score ranks alongside the best in the Cosmograf discography.

Closer “Hay-Man” is both the lengthiest and most ambitious selection of the set. Hawnt takes charge at first, blanketing her luscious deliveries over guitar strums, angelic synths, and lively rhythms to yield a lovely and surreal environment. Armstrong’s faint croons in the background are a nice touch as well, as is the ensuing duality of their voices singing, “hay-man” over the instrumentation. Afterward, Allan returns for another speech that leads into a fine blend of percussion, bass, and Gilmour-esque electric guitar wails, all of which then transforms into a threatening array of crunchy riffs and foreboding chants; here, Armstrong stays below the surface while Hawnt sings with the operatic fury often found on an Ayreon album. He does take over a bit later, though, both as a singer and guitarist, evoking Hendrix with his impeccable wah-wah outbursts. Next, Hall coats the jam with the requisite elegance she brings to Big Big Train—a nice touch indeed—while bird chirps and the introductory monolog from Allan return for some clever conceptual continuity as the record fades out. It’s a superb finish.

While The Hay-Man Dreams isn’t as perpetually sophisticated, multifarious, and enthralling as the last two Cosmograf LPs, it’s likely even more focused, graceful, and moving. In a way, it’s Armstrong’s most unified and self-assured release yet, so while its lack of colorful frills and technical showmanship is a bit disappointing, its emphasis on luminous textures and gracious songwriting is arguably as enticing (just in a different way). In other words—and sticking with the Pink Floyd allusions—if Capacitor and The Unreasonable Silence were The Dark Side of the Moon and Animals, then this one is Wish You Were Here. Like those works, and no matter your preference, you’ll find that The Hay-Man Dreams fits alongside its siblings while also having its own bold identity. That, in a nutshell, is exactly what constitutes a great album.