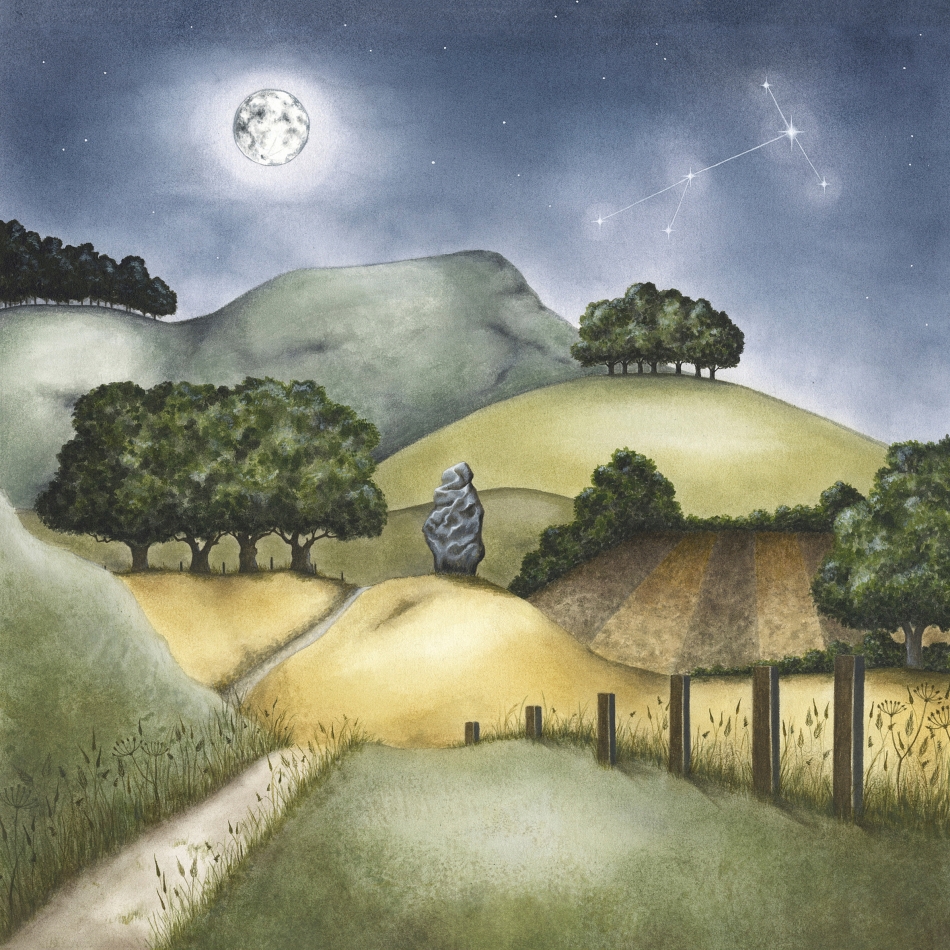 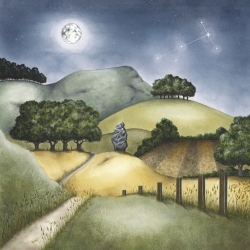 The Second Brightest Star is the weakest of Big Big Train’s recent trio, but only by a hair and only because its two precursors were so extraordinary.

These days, you’d be hard-pressed to find a more prolific band than Big Big Train. Not only has the English symphonic prog rock troupe recently issued two wonderful studio LPs within eleven months—Folklore arrived in May 2016 and Grimspound in April 2017­—but now they’ve returned with yet another offering, The Second Brightest Star. Billed as “a companion album” to those predecessors, it contains over half a dozen new tracks that “explore landscapes, rivers and meeting places and take the listener on voyages of discovery across the world and to the stars,” as well as three extended format versions of songs from those full-lengths (cumulatively and cleverly titled “Grimlore”). By its nature, the collection isn’t quite as weighty and memorable as Folklore and Grimspound, but that’s really more of a compliment to them than it is a knock at this one, as The Second Brightest Star still delivers the many-sided cultural sophistication you’d want from the octet.

While The Second Brightest Star is tied directly to the aforementioned duo, its creators actually view it as concluding an almost decade-long project:

[It’s] the last album in a cycle of releases which started back in 2009, with The Underfall Yard album. Our writing over this period has focused on the English landscape, the people that work on the land and their folklore stories. The band will be moving on to different landscapes and subjects in future years as we play more shows outside of England. But we had a few more stories left to tell and wanted to bring them together on The Second Brightest Star.

It's fitting, then, that the title track (which kicks off the journey) is filled with tender ponderings. A sorrowful foundation comprised of lonesome piano chords, bass notes, and plucked strings complement vocalist David Longdon during his full-bodied elegies. Melodically, he evokes Renaissance’s “Song of Scheherazade” at times, and he consistently conveys a kind of isolated theatricality rarely heard before in BBT’s catalogue (one can imagine him performing it as a soliloquy under a spotlight on stage). Likewise, there’s a heightened level of poeticism to the lyrics—“We speak a while of the old days / Years ago in times so far / To see the second brightest star / Depends on where you are”—that amplifies the riveting emotionality. Expectedly, the tune breeds beautifully by adding elements like chimes, remorseful percussion, and backing chants; in particular, its midpoint deviation is easily among the most tragic and serene arrangements they’ve ever created, with violinist Rachel Hall adding her typically poignant outcries. Like most Big Big Train selections, “The Second Brightest Star” is a pristine blend of touching sentiments and splendid textures that yields an aural work of art, and it sits alongside their best compositions to date.

As the brief “Haymaking” demonstrates, though, the group is equally adept at crafting joyous instrumentals. Acting as a sort of palate cleanser, it’s a bouncy slice of folk rock warmth that maintains a sociable path while also being infused with tons of pastoral nuances and seamless changes. Subsequently, “Skylon” (which was meant to be on Folklore and then on its on EP but wasn’t fully realized until now) is comparably sparse and slow at first, with strong harmonies perfecting its overarching danceable romanticism. Of course, it picks up pace and depth as it goes, with Longdon belting out his chorus as charmingly forceful as ever. Guitarist Dave Gregory produces a subtly vintage guitar solo near the end, too, that leads the quiet outro. As for “London Stone,” it’s a short musical duet between acoustic guitarist Rikard Sjöblom and pianist Danny Manners whose various cyclical contrasts—it must be said—wouldn’t be out of place on a Gabriel-era Genesis album. It’s a lovely venture.

Like the opener, “The Passing Widow” has a dramatic quality that makes it feel plucked from a musical. It’s another showcase for both Manners and Longdon, who join together (and without much else) to generate a moving ballad that, to be honest, could be a bit more encrusted and engaging. It’s very tasteful and distressing, yes, but it also feels a tad longwinded. Afterward, “The Leaden Stour” starts off similarly but harnesses more timbres from the get-go; it even contains the highlight wordless portion of The Second Brightest Star, with interlocking horns guiding a delightful and vigorous score that further reveals Big Big Train’s competence at composing enchanting jams. (Its jazzy coda is a nice touch, too.) Finally, “Terra Australis Incognita” is a graceful and nostalgic trip that once again finds the piano at the heart of the affair (met by humble syncopation and bellowing guitar lines, among other things).

The “Grimlore” share includes “Brooklands Sequence,” “London Plane Sequence,” and “The Gentlemen’s Reprise.” The former essentially combines Grimspound’s “On the Racing Line” and Folklore’s “Brooklands” to great effect, as the two fit together well (which isn’t surprising considering that BBT is well versed in effectively merging established movements. Just look at English Electric: Full Power).  As for the middle entry, it consists of Folklore’s “London Plane” preceded by an unreleased “alternative introductory piece” by bassist Greg Spawton called “Turner on the Thames.” An extended acoustic guitar arpeggio treatment with added horns, flutes, drums, strings, and choral atmospheres, it’s an immaculately suitable prelude to the proper song. Lastly, “The Gentlemen’s Reprise” is an energetic complement to Grimspound’s “Experimental Gentlemen” with feisty synth, violin, and electric guitar motifs making for one of the liveliest and quirkiest parts of the record.

As you might expect, The Second Brightest Star is the weakest of Big Big Train’s recent trio, but only by a hair and only because its two precursors were so extraordinary. Usually, the term “leftovers” is pejorative since it implies a series of tracks that weren’t up to par for the proper albums, but these entries are exceptions to the norm, as none of them would’ve been out of place on Folklore or Grimspound. The octet shows the same level of care and craftsmanship as always here, so if this is indeed the final chapter of a lineage that began with Longdon’s first outing (The Underfall Yard), it’s a damn fine epilogue. Additionally, it sparks even more excitement and intrigue for what Big Big Train does next.