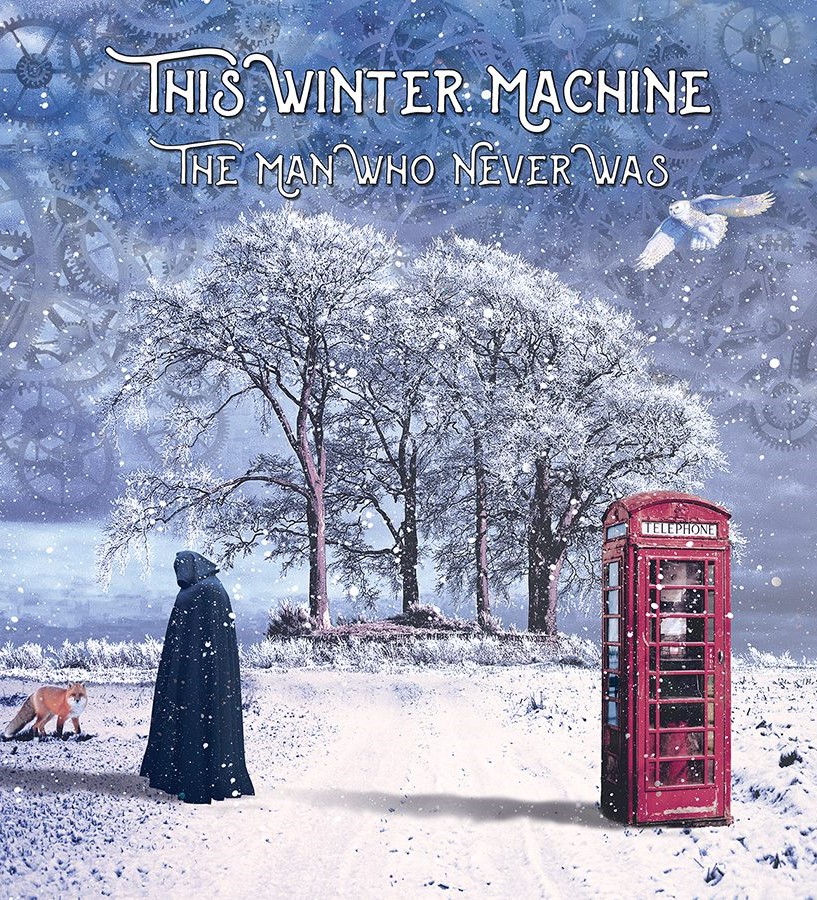 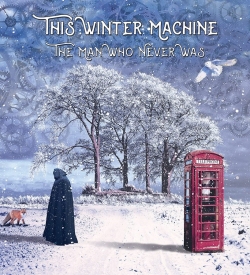 The Man Who Never Was loses points for a lack of originality and variety, yet it’s still a significantly pleasing aural journey filled with enjoyable melodies, erudite instrumentation, and polished production.

Formed in West Yorkshire, England less than a year ago, neo-progressive quintet This Winter Machine blends some strong influences—such as Porcupine Tree, Rush, Opeth, Genesis, and “both eras” of Marillion—with bits of classic rock, film scores, and classical music to “wear [its] influences proudly, but absolutely bring their own sound to the table.” This is actually a very fitting description of the band’s debut LP, The Man Who Never Was, a highly atmospheric, elaborate, tasteful, and appealing collection that maintains a modest level of individuality while also echoing the personalities of the aforementioned groups (as well as some others, like IQ and It Bites). It’s not especially fresh, but it delivers its familiar elements quite well (particularly considering how quickly it was created and released), so it’s still a noteworthy effort.

The title track (which is also the lengthiest track) kicks things off cleverly, with a central piano motif buried beneath coffeehouse chatter, which arguably represents the loneliness of the titular figure as he sits amongst well-liked and sociable peers. Afterward, foreboding tones and rising guitar notes transition into the song proper, during which the piano motif leads restrained rhythms and emotive vocals (that evoke Steven Wilson’s pained tenor at times). Melodically, it’s simple but undeniably engrossing; it’s almost impossible not to have empathy for him, and while the evolution of the arrangement isn’t very surprising thus far, it’s still very stirring and luscious. The second half of the piece is a bit sparser and more delicate, with light guitar arpeggios and swelling synths carrying the singer’s poet outcries (“I tried hard to imagine what was keeping me here / All I saw was the anger, the sadness and fear / Is this part of a of a puzzle or maybe part of a plan? / 'Cause nobody looks in the eyes of an invisible man”). It ends with a beautiful outro consisting of rich piano chords, feisty rhythms, and biting guitarwork; together, they seem to symbolize heartache, acceptance, and triumph, ending the epic on a damaged yet hopeful note.

“The Wheel” mixes Floydian relaxation with the dramatic undercurrent of classic Queensrÿche to issue radio-friendly declarations of dense philosophy; its tense instrumental mid-section is a standout portion from the entire album, and the band uses interesting sound effects—like thunder and rainfall—to add more conceptual weight. “Lullaby (Interrupted)” comes next and, true to its name, is a bittersweet charmer comprised of mesmerizing keyboard patterns, gripping guitar riffs, and sophisticated percussion. All of it rides along an ‘80s rock foundation, too, so it’s like what Haken went for with last year’s Affinity. “After Tomorrow Comes” is a wintertime piano ballad packed with chilling sentiments, moving verses, and a straightforward backing, while closure “Fractured” is a dynamic whirlwind from start to finish. From its opening arpeggio counterpoints and Dream Theater-esque pounding drums and soaring singing, to its hellish deviation halfway through, it’s a suitable powerhouse that allows This Winter Machine to leave a lasting impression.

The Man Who Never Was loses points for a lack of originality and variety, yet it’s still a significantly pleasing aural journey filled with enjoyable melodies, erudite instrumentation, and polished production. In other words, it’s a satisfying and promising, but not very diverse or exclusive. Really, the best way to look at it is an initial sample of what This Winter Machine can do; now that they’ve shown their creative and technical chops, they can take a bit more time to truly craft a distinguishing follow-up that fulfills the potential suggested here.