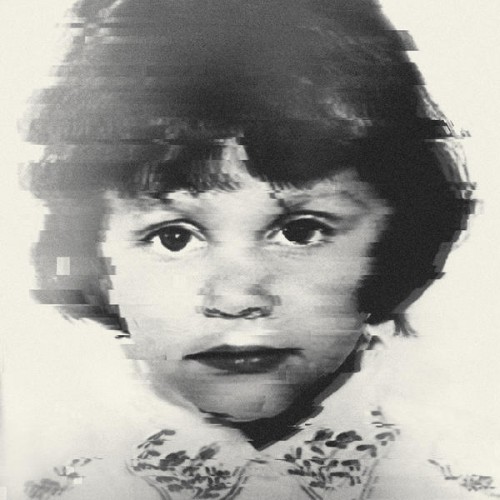 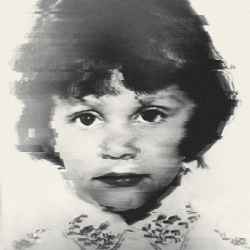 One of the most remarkable aspects of Sweden is its sundry and fruitful music scene. Whether it’s progressive acts like Beardfish and Pain of Salvation, pop darlings such as ABBA, The Hives, and Peter Bjorn and John, or various other standouts (Dungen, The Cardigans, Yngwie Malmsteen, and Movits!, for instance), the country has spawned some truly noteworthy artists over the past several decades. One of its most remarkable newcomers is surely Nicole Sabouné, a twenty-five-year-old singer/songwriter who classifies her work as a mixture of “[p]ost-punk, new wave, indie rock, goth, [and] art rock.” Of course, merely merging several styles isn’t inherently special, but what makes her sophomore LP, Miman (the follow-up to 2014’s Must Exist), utterly remarkable is its in-your-face experimental fearlessness, operatic scope, and apocalyptic undertones. Specifically, Sabouné channels the chaotic rhythms, avant-garde instrumentation, retro timbres, and/or commanding vocal and lyrical presence of icons like David Bowie, Tori Amos, Kate Bush, and Brian Eno into a frightening, tragic, and consistently stunning gem.

The title of the LP “refers . . . to Harry Martinson’s 1956 poem ‘Aniara,’ where it’s the name of the machine, with the ability to think for itself, that collects all the memories of the human race. Miman explores the greed within the human nature and how this is spinning towards self destruction. . . . Every track picks up where the last one left and creates a compact and united sound.” Indeed, the sequence flows very well as a singular experience, which is kind of a doubled-edged sword: the pieces aren’t as individualized as they could be, but that’s precisely what makes it feel like an epic and cohesive statement rather than simply a modest collection of songs. Similarly, Miman exemplifies one of the most commonly held truths about art: it won’t appeal to everyone, but those who connect with it are changed by it.

“The Body” opens the record with appropriate ominous bulk: pious chants soar over low-end drones and synthy percussion, taking listeners back to the trademark coldness of mid-‘80s production. Once Sabouné overlays her dominant yet defeated bellows (which evoke the range and desperation of Björk flawlessly) over that foundation, the track becomes an overwhelming slice of poetic devastation. It’s as if she’s pounding the ground atop a hill as a downpour of fire and brimstone signal the End of Days, simultaneously animalistic, wise, and graceful in her grief. Fortunately, she maintains this incredible presence throughout the album, which is why it’s so powerful from start to finish.

Subsequently, “Right Track” launches with a more standard rock arrangement, including arresting narrative verses, subtle backing vocals, catastrophic syncopation, and guitar strums. The standout component, however, is easily they keyboard lead that recurs at key intervals, adding a forceful layer of solemnity. In addition, one can barely discern the cries of children in the background, which both gives it even more authority and foreshadows their eventual charge on “Bleeding Faster,” the standout selection on Miman. It’s bittersweet but engaging—and almost uplifting—at first, with acoustic chords and the catchiest and most beautiful chorus on the full-length leading the way; there’s still an underlying sense of dread, though, with ethereal echoes striking routinely, culminating in a synthesis akin to those of Blackfield and The Gathering. As entrancing as this first half is, it’s the final portion that justly sells it, as the music and chorus meld with two harrowing new elements: the aforementioned children screaming incoherently (aside from the troubling line, “What the fuck did you say? / This is fucking outrageous”) and Sabouné crying, “I love you, Charlie!” These layers combine into a masterful palette of gorgeous horror that plants itself permanently on your soul.

“Under Stars (For the Lovers)” is essentially a somber and sparse spoken-word passage with an evolving industrial backing (including more chants); what it lacks in central melodies, it gains in sheer prophetic weight. Afterward, “Lifetime” is romantic and tribal at its core, with the World music coating of early Bush gems like “Night of the Swallow.” It also manages to be fairly accessible without losing any of Sabouné’s distinctive attributes. (Its closing harmonies are awe-inspiring as well.) “Rip This World” is more antagonistic and sharp overall, fusing pop music majesty with punk rock rebellion and electronic glitziness, while “We Are No Losers” is more of a straightforward vintage ‘80s romp (you know, sheen, danceable, and impassioned). As for closer “Withdraw,” it’s a properly expansive and imposing finale, with more vocal layers, militaristic percussion, and sonorous noises yielding some of the most hopeless, enraged, and fragile moments of the sequence. It’s an exceptional way to end. (Sabouné also includes a cover of Madonna’s “Frozen,” which is faithful to the original while also fitting in with the previous music).

Miman is like an aural representation of the aftermath of every historical atrocity; it’s a chilling, aggressive, delicate, bombastic, and stunning reflection on loss, connection, and injustice. Sabouné’s voice alone makes it an impactful journey, and the additional transcendental arrangements are wonderfully creative, unpredictable, and suitable, spanning various styles to enhance the idiosyncrasy of her vision. Like the best artists, Sabouné challenges both her listeners’ expectations and the rules of mainstream modern music here, and for that alone she deserves praise.