The Twenty Committee “A Lifeblood Psalm” 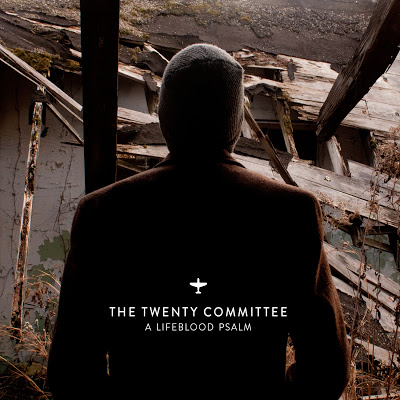 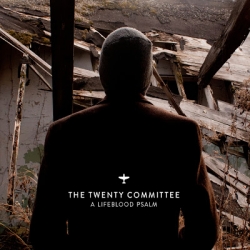 ‘A Lifeblood Psalm’ is an exercise in restrained beauty that never lets its instrumental trickiness overshadow its stellar songwriting.

One of the chief complaints about progressive rock is that it’s too flashy and self-involved; many naysayers feel that these bands substitute valued mood and meaning for maddening virtuosity and duration. To a certain extent (and in a few definite cases), this is true. Fortunately, there are also bands like The Twenty Committee, a fresh faced quintet from New Jersey whose debut LP, A Lifeblood Psalm, is an exercise in restrained beauty. It never lets instrumental trickiness overshadow songwriting.

The group formed in early 2012, when mastermind Geoffrey Langley began writing music. He enlisted the help of Stephen Kostas, Joe Henderson, and brothers Justin and Richmond Carlton to flesh out the ideas. Soon after, they started playing shows in the area. Interestingly, it was Neal Morse (ex-Spock’s Beard, Transatlantic) who truly helped The Twenty Committee take their project to the next level, as he helped land them a producer (Jerry Guidroz) and studio (Radiant Studios). The rest, as they say, is history.

In typical progressive rock fashion, the album is split into two parts: the first four songs are unconnected, while tracks five through nine make up the “Knowledge Enterprise” suite. “Introduction,” well, introduces the album. It begins with a collage of voices that eventually disperse as Langley starts singing over luscious piano chords. His voice is equally dense, actually, with a bold fragility that makes it instantly commanding and endearing. It segues into “How Wonderful,” which feels like a more poppy and less intricate Echolyn track (really, this goes for the whole album, and it’s surely not a bad thing). The harmonies meld with the bombastic chord progressions very well, which exhibits a level of confidence that’s rare in a debut album. Its single-friendly catchiness provides a great juxtaposition to the trickier parts of the arrangement; it’s like an Elton John song performed by Caravan.

“Her Voice” carries the torch well and earns its length thanks to its schizophrenic changes and experimental ambience. The Twenty Committee constantly shakes things up here, which means that you’ll have to listen to its several times to fully grasp how brilliant it is. The guitar solos are especially impressive, as is the keyboard work, which feels like a clear homage to ELP. “Alright” is a simpler beast overall; an acoustic guitar ballad at heart, it’s warm, thoughtful, and energetic without being intrusive. These two tracks work best in sequence, as the former demonstrates their performance chops, while the latter exudes songwriting prowess.

As for “The Knowledge Enterprise” saga, it’s a magnificent way to end.  Naturally, it begins with an overture, which is a bit jazzy and playful, and it features arpeggios and puzzles similar to the ones that made Gentle Giant so revered (although it’s noticeably heavier and more dissonant). There are plenty of nuanced timbres too. Afterward, the band toys with the templates it’s already established. The third section feels especially delicate and orchestral, and its changes in tone make it very refreshing. The fourth part is livelier, with fantastic syncopation throughout. The finale is short but sweet, like a final burst of enthusiastic complexity. It leaves you wanting more.

A Lifeblood Psalm is one of the best debuts I’ve heard in a very long time. Langley shines as a singer (as well as a player), and the rest of the band complements his lead wholly. Their songwriting is pristine, and unlike many of their contemporaries, they realize that that is the most important part of making great music; in other words, they ease in the virtuosity where it fits, rather than force it in your face at the expense of emotional disconnect. The Twenty Committee is one of the most promising new acts around now, and A Lifeblood Psalm should be regarded as one of the true sleeper gems of 2013.