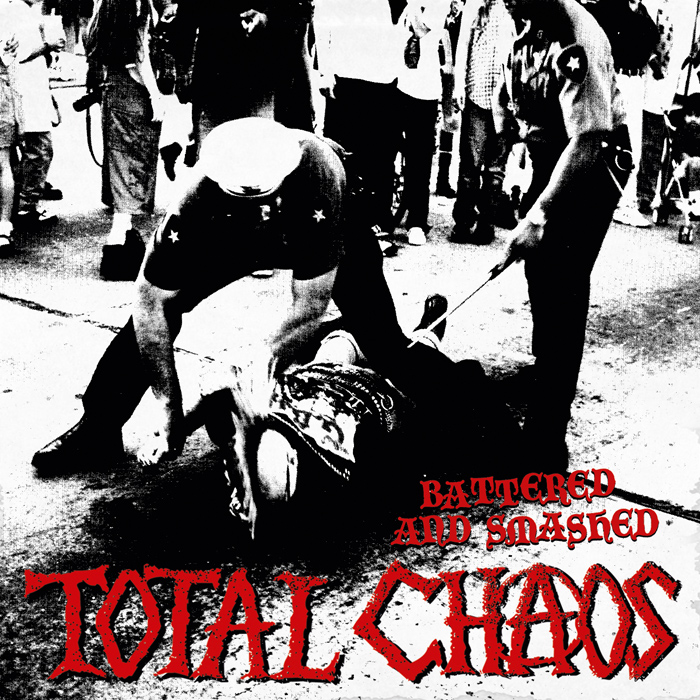 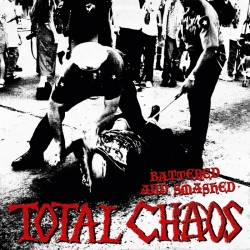 “They say it all comes down to community in the end, and that is what their brand of punk rock is all about.”

Total Chaos has been a punk band for 20+ years. No doubt anyone who has been interested in punk music at any time has come across the band in some way or form. They play a blend of street punk highlighted by lyrics about oppression, rebellion, defiance and activism. The band certainly hasn’t rewritten the genre but they’ve stayed true to their roots while many others have come and gone.

In what the band has dubbed the “Battered and Smashed Era”, their message is stronger than ever. The band’s activism is almost as important as their music. They’ve staged huge social events to help Food Not Bombs and the Lost Angeles Anarchist Center. Their idea of social responsibility is a significant message in the new 12 song disc released by Canada’s Stomp Records. Song titles such as 'Wake Up America!', 'Political Repression', and 'Social Crimes' reinforce the band’s message is just as important as their music.

The 12 song disc starts fast and strong and ends the same way, much like Total Chaos last 20 years, with no slowing down in site. They say it all comes down to community in the end, and that is what their brand of punk rock is all about.