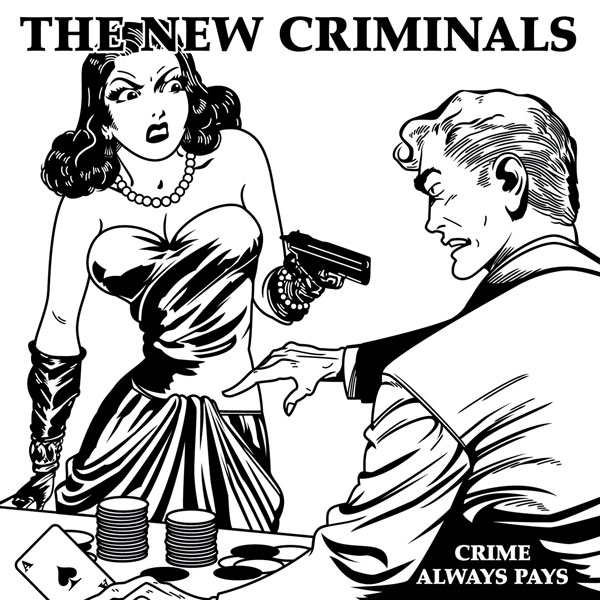 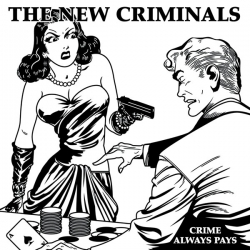 The New Criminals are an LA pop punk power trio in the vein of the Ramones and Riverdales (as well as the early 90's Lookout! Records catalog). An even more current comparison would be maybe Teenage Bottlerocket? And if you want to get even more specific, maybe even the Lillingtons because of the darker subject matter (you won't find any crooner love songs on this sucker). The EP starts off with the catchy song "On Haunted Hill" and just kind of pummels through 6 songs of driving and catchy pop punk music till it unfortunately ends.

Yes, one can argue that The New Criminals aren't reinventing the wheel here. Bands that sounds like this like The Queers, the Riverdales and Screeching Weasel are still active and maybe even better than ever. But, I think especially with the current success of bands in this genre like Teenage Bottlerocket, if bands play this kind of punk rock and do it well, it's definitely noticed and appreciated (and can obviously take you places). Do I think The New Criminals have that extra kick to seperate them from the rest? Yes, I do wholeheartedly and am more than pleased to know they're from Southern California where newer bands that are worth a shit seem to not really emerge in the national scheme of underground music we call "punk".

This is a great addition to So Cal punk rock and to know this band isn't from the mid west is a sign of relief. There's a lot of bands from that area (and the east coast) doing this stuff and it's a breath of fresh air to see a west coast band doing this and doing it well.

This is 6 tracks of great pop punk and I can't wait to hear what more these guys have in store.

I should also add that although they are the same genre and style of all said bands, I can say that their singer definitely has a sound of his own. His phrasing and vocals patters are more close to maybe the way Ben Weasel sings in the Riverdales (specifically, the early stuff) but nonetheless, it's unique enough for The New Criminals to stand on their own.

Definitely a great release from Basement Records (it's a 7"!) and can't wait to hear more from these guys.