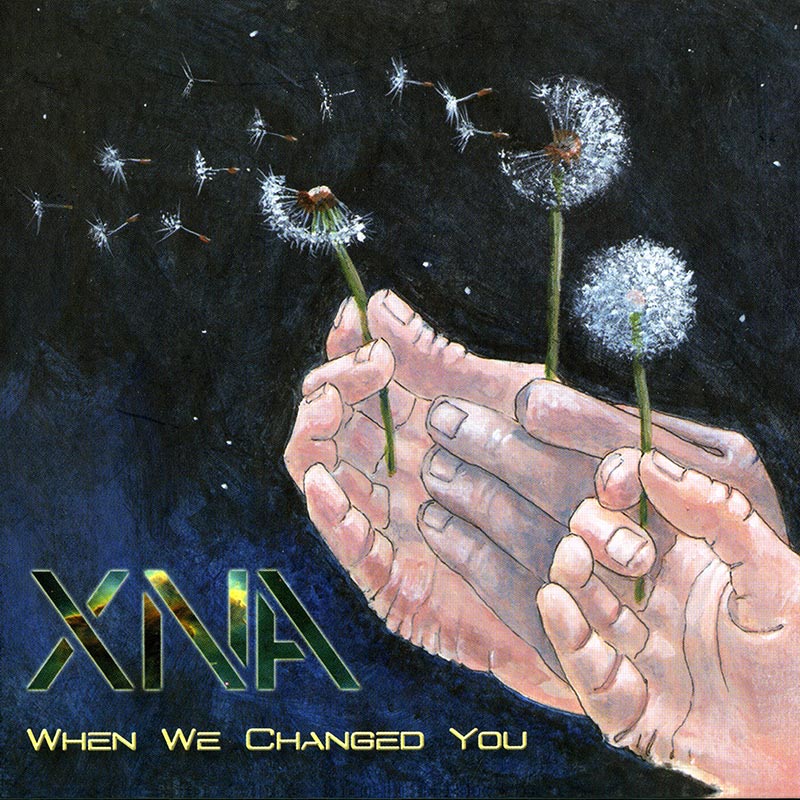 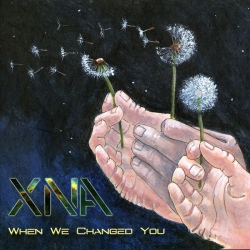 A stunning debut, as well as one of the true prog rock sleeper hits of 2013. Don’t pass this one by!

Multi-instrumentalist Billy Sherwood is as prolific a producer as he is a musician. Having been involved with many varied outlets (such as Yes, Yoso, The Prog Collective, Mars Hollow, and even William Shatner), he seems to introduce new projects as often as he can. Fortunately, his most recent (for now) venture, XNA, manages to impress instantly and consistently on its debut full-length, When We Changed You. An ambitious and amiable excursion into dazzling yet ominous prog wonderlands, it continually reveals more secrets and joys with each listen. It’s probably the best thing Sherwood has done in a long time.

Completing the XNA troupe is Adam Malin (keyboard), David Hussey (vocals), Scott Connor (drums), Danny Bryle (guitar), John Thomas (guitar), and Jeff Bird (bass). Conceptually, When We Changed You “chronicles the chaos of human civilization and development with a chilling cautionary tale on the consequences of our moral choices…each [track has] its own fantastic and cinematic tale to make up their unified concept…tracing over a hundred millennia of human history.” Indeed, the standard influences (including Jethro Tull, Genesis, and ELP) shine through, as well a striking similarity to both Those Men and early Marillion. XNA is skilled enough to channel these techniques into a fairly fresh sound, which makes When We Changed You feel refreshing even though it also feels familiar.

“At Childhood’s Beginning” sets the stage with prophetic organ wails before the rest of the band steps with a standard prog rock structure. The highlight of this instrumental is the flurry of shifting timbres, including bells, starry synths, and frenzied flute. As for the title track, it starts off with delightful exuberance as Hussey’s silky yet commanding voice incorporates a bit of Shelly’s “Ozymandias” into his prophetic decree. Complementing him is a forceful rhythm section and a spacey atmosphere, as well as plenty of towering guitar lines. The midsection jam is especially affective and hypnotic.

The folksy opening of “Banner of the Whyte Bear” makes it instantly charming, and once it builds from a lone acoustic guitar to an intricate musical puzzle (reminiscent of Beardfish), the track becomes an instant classic. At over fifteen minutes in length, it goes through several transformations; for example, it switches to almost medieval journey a few minutes in, recalling early 70s Genesis with great success. Later on, the composition becomes more hectic and interconnected, which would make it dizzying if not for the sublime level of focus and restraint.

There’s a definite brilliance in the way “The Vale of Avalon” constantly juxtaposes aggression with naturalistic warm and tranquility; it feels as if the band is performing centuries ago, in the middle of the countryside. Again, what keeps this record from feeling too run-of-the-mill is its tones, like the chimes of triumph and the morning wonder of nylon strings. “Annapurna” holds its own with lovely harmonies and arpeggios, and while Hussey can sound a bit overly dramatic at times, his voice still fits perfectly with the music.

Seeing as how so many progressive rock albums embrace conceptual continuity, it makes sense that the closing epic is entitled “At Childhood’s End.” Another majestic adventure through alternating temperaments, farsighted lyricism, and bold execution, it’s probably the best track on here, as its sense of closure and retrospect is infectious. Hell, it even reprises some previously heard segments masterfully, and it’s here that XNA truly mirrors Misplaced Childhood era Marillion.

When We Changed You may not be particularly impressive upon your first listen, but after a few more it will definitely blow you away. There’s a level of refinement and attention to detail here that is rarer than you’d think, for as virtuosic as most prog bands are, few make you feel like every note and tonal quality is meticulously chosen. This is a stunning debut, as well as one of the true sleeper hits of 2013. Let’s hope that the next record brings XNA a lot more attention.