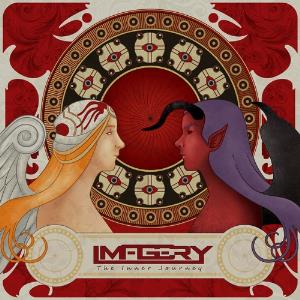 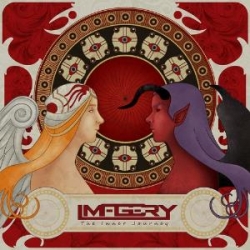 An album full of dull, grungy, and unoriginal progressive metal. Trust me, you’ve heard this done before (and done much better).

When one thinks of the origins of progressive rock, a few countries instantly come to mind, such as England, America, Spain, Italy, France, and Germany. However, another prolific place is Brazil, where dozens of newcomers are trying to make a name for themselves.  In the case of Brazilian quartet Imagery and their debut LP, The Inner Journey, emulation seems to be the key to success, as their DIY aesthetic feels like nothing more than a grungy, bleak blend of Dream Theater and Symphony X. Like so many contemporary albums, there’s nothing here that you haven’t heard before.

Influenced by a wide array of important artists (Yes, Genesis, Iron Maiden, Metallica, Chick Corea, and Bela Bartok, to name a few), Imagery formed in 2008 with the intention of creating music that is “heavy, with references in different musical styles such as jazz, classical, Brazilian instrumental music, progressive rock and heavy metal.” They’d released a demo prior to releasing The Inner Journey, and it was likely just as uninspired and repetitive. In fact, once you’ve heard a few moments of this disc, you’ve essentially heard the whole thing.

Opening instrumental “Fourth Street” announces itself with clichéd guitar fuzz and a sharp keyboard tone; honestly, they don’t even mesh well (and thus, the record is already off to a bad start). Okay, so they do some interesting things rhythmically, and it’s intricate enough, but it’s far too redundant to warrant its length (which is only five minutes). However, it does segue cleverly into “Imagery,” which would be great if the vocalist didn’t sound like he was grunting and belching as he does his best Russell Allen impression. The middle section includes some tasteful piano, though, so that’s a saving grace.

Imagery does manage to produce some intriguing moments, like the closing portion of “Perception,” which includes both melodic beauty and a synchronized frenzy of note patterns. There’s also the start/stop madness in the middle of “Start the War”; it sounds like the work of Between the Buried and Me if it were channeled through the 8-bit NES. Also, “Show Me” is a pleasing ballad overall, with a tenderness that helps add a bit of balance to the overwhelming aggression of the rest of the disc. There are a few other inspired moments too, but they’re too few and far between; the majority of The Inner Journey sounds very similar (and not that interesting, really).

The truth is that Imagery suffers from the same fate as many other bands: it’s decent on its own, but it’s not contributing anything to the genre. It doesn’t feel experimental, bold, unique, pleasant, memorable, or even carefully composed. In other words, most of these tracks sound like they were recorded in a garage, as everything sounds dirty and muffled. Where are the colorful timbres and eccentric approaches of their inspirations? Nowhere; instead, the quartet is complacent with its drudging copycat approach. If you are too, by all means check out this record, but you’ll no doubt find that the aforementioned metal masters already did it much better.