Punk Rock Photography and How it Changed You 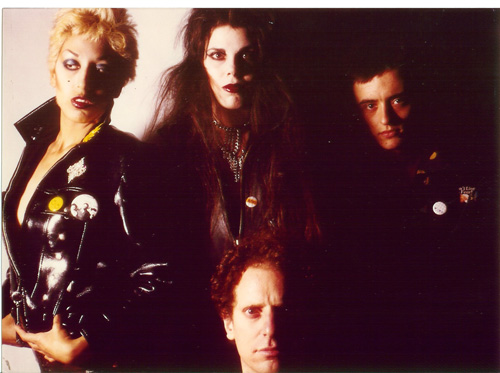 Here is a little history on the subject of Punk Rock concerning the world of Photography and how the two are interconnected. Punk rock started in the early to mid 1970’s and was heavily influenced by Glam rock, such as Roxy Music and the New York Dolls, Blues like Howlin’ Wolf  and early Garage rock from the 1950’s and 60’s like the Sonics. Punk was worldwide by 1977 with scenes exploding in New York City, Los Angeles, San Francisco, Austin, parts of the UK (London, Manchester, Edinburgh) and parts of Australia (Melbourne and Sydney) to name a few. Punk was a scene full of colorful, chaotic movement that was self driven by the artists and people involved. And so there was a self driven need to document this scene through journalism, sound recordings, films, and of course, photography. Photographers such as Mick Rock, Bob Gruen, Jim Jocoy, Richard Kern, Anna Summa, Jenny Lens, Glen E. Friedman, Ed Colver and Gary Leonard composed or captured these brief moments in time through portraiture, live action shots, studio or press kit work and on-the-fly magic of the moment.

Photography from the punk scene would eventually end up everywhere one can imagine, even your chocolate chip cookies! Punk got on the cover of magazines (punk or otherwise), the nightly news, film and television shows, books, record sleeves, record covers, in galleries as Art, and even sometimes Police work photography in various arrest mug shots. Ultimately, what I think is so widely ignored and disconnected is the widespread influence of Punk photography on the mainstream world at large. Our culture, our attitudes, our clothing style sense, and pop musical sounds come from the punk imagery derived from the photography of the 70’s and 80’s. The style was original and completely open to suggestion making anyone interesting to photograph. There were no fashion rules, unlike today, where the rules seem punk-based from a time most people don’t even realize existed.

What people don’t understand or appreciate about 1970’s/80’s punk rock is that just looking punk was very threatening to the everyday Joe and Jane Public. You could be beaten up, spit on, chased by rednecks in a pick-up truck, and harassed by cops just for walking down the street. Most people hated punks and the way they dressed. Cops would show up at their gigs, provoke riots and beat up spiky teens. It was a personal hazard to walk around with dyed hair! Doesn’t that seem crazy today? Your band could be arrested and banned from every venue in town- just for playing! This was called “Public Nuisance” and although it was a bullshit charge, it was effective in creating problems for the punk musician. Punk was not appreciated. Punk and punks were feared and treated with open hostility and discrimination. They were truly the anti hippies of their generation and there was nothing safe about the way things were done. So it is in this spirit that the photography taken in the light of this crazy environment deserves some acknowledgement and credit for having given the world its biggest influence. And for a photographer, this seems like a very fun and interesting world to want to document, despite the general public’s disapproval.

I think that at least the live shots captured from concert performances are comparable to documentary war photography circa World War II, which I have studied. The live shows were exciting explosions of energy. People were jumping off the stage, literally bouncing off the walls, people Pogo dancing, colliding into each other in a movement so close to violence that no one is really sure. Eventually, someone will get confused and take something personal and real violence will break out. Singers diving in broken glass and hanging like monkeys from high stage rafters. Sweat, blood, heat- savage energy. Real danger. Expressions of rage and intense emotion captured in the flick of a shutter at one 1000th of a second. Wendy O. Williams from the New York band the Plasmatics, blew up cars and TV’s onstage during their live shows. Johanna Went, an artist within or outside the scene did very intense pieces that involved the photography of her own work in galleries and freaky stage perfomances all over Los Angeles. What a fantastic, unpredictable world to photograph! You never knew what was going to happen. The people and the situations were new and the direction was ever changing. The only thing most punks were probably sure of is that it wouldn’t last forever. Nobody knew back then what they were doing or how things would turn out. There was no planned out future and many folks got lost in that blankness and faded away. Others thrived. Most of the photographers from this period are still around today and are just now getting recognition for their work. Interestingly, the images we enjoy today did not become widely available to the public until about ten years ago. Before then, not many books or photography collections were created. There were a few out of print books and books that cost one hundred dollars to purchase, but that was it. There was a wide resurgence of these original punk bands about fifteen years ago due to new generations discovering and re-popularizing  the older bands enough to go on tour again and do one final round. Thanks to this happening, many new books have been written and published, photographs released and compiled, buried art given an audience, and many lost recordings found. Punk has perpetuated itself into the world again thanks to the first photographic prints.

Attention Gearheads: Get All Those Classic Effects On A Budget From Mooer