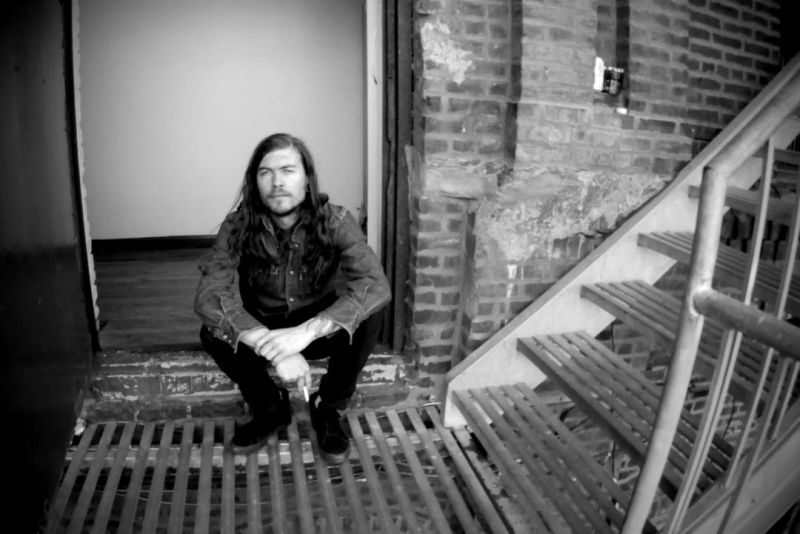 Hailing from North Carolina, but residing in Brooklyn since 2011, prolific musician Matt C. White has explored his Southern roots on his solo work, but also his gritty citified side in the NYC-based bands Grandpa Jack, Dead Seconds, and San Salvo.

White is no stranger to crafting music from different musical branches, from the raw garage/psych-rock of Grandpa Jack and the skewed blues-rock of Dead Seconds to the instrumental journeys of San Salvo and his more heartfelt singer-songwriter solo output.

His latest venture is a two-part series of EPs, with the dramatic first act, Creepshow Peepshow: Act 1 unveiling today. Act 2 of the series is expected to be released this fall season.

Rebel Noise is stoked to host the premiere of the potent Creepshow Peepshow: Act 1 EP in its entirety.

The music itself is mainly grungy fuzz-rock, stoner rock, or hard rock in style. There’s something weighty and sludgy running through each guitar-driven track. Personal lyrical themes dive into tormented relationships and addiction, among other subjects.

Aptly titled EP-opener “Intro” lurches unsteadily with carnivalesque flair and then segues into the passionate and menacing “Drink For My Lover,” with stark lyrics that focus on love… of drinking!

Speeding out of the gate, “This Is Not A Song (Out For Blood)” flies by with angular guitar lines that blast out on the chorus and White’s amped-up exclamations.

“Blasphemy At Birdy’s,” named after White’s favorite NYC bar and lyrically about his struggles with organized religion, starts off coolly with a measured pace, but a foreboding bass line stalks through the song, and eventually White and his fiery guitar lines explode on the chorus sections.

The choppy, Nirvana-styled “Liar Fire” staggers with a deep(ly inebriated) bass line, ferocious vocals, incendiary guitar licks, and lyrics about the hardship of living with someone who’s wrestling with addiction.

EP-ender “Shake It” commences as a psychedelic-touched slow burn, but then grinds with a ponderous instrumental might and White’s whipped-up vocal turmoil.

White reveals, “I wanted each song to be like a little vignette that had a creepy, outsider feel to it. As if someone sat down at a bar alone to play one of those old-timey peepshow games and then finds themsel[ves] sucked into a nearby stranger’s story.”

Video Premiere: “Goodnight” by The Lancasters